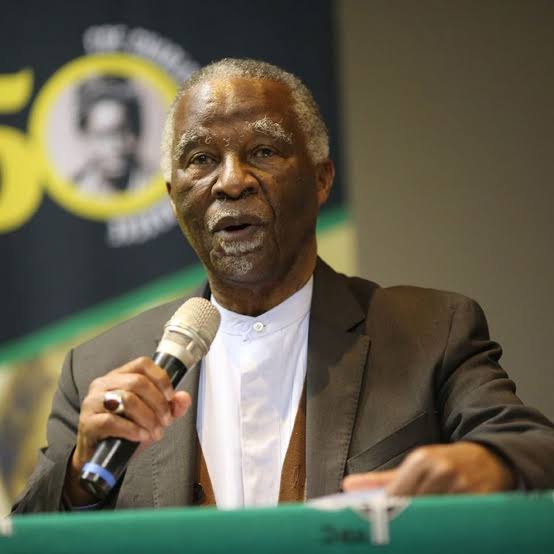 However, what seemed to have stood out during the his address at Emoyeni Conference, is when he (Thabo Mbeki) highlighted the fact that the ANC is too big to fail. The likes of Fikile Mbalula have even quoted what Thabo Mbeki has about the ANC being to big to fail.

And Thabo Mbeki is quoted to have said that " The ANC is too big to fail, and if it fails, the country will collapse. Hence it is very important to make sure that all these commitments are implemented" 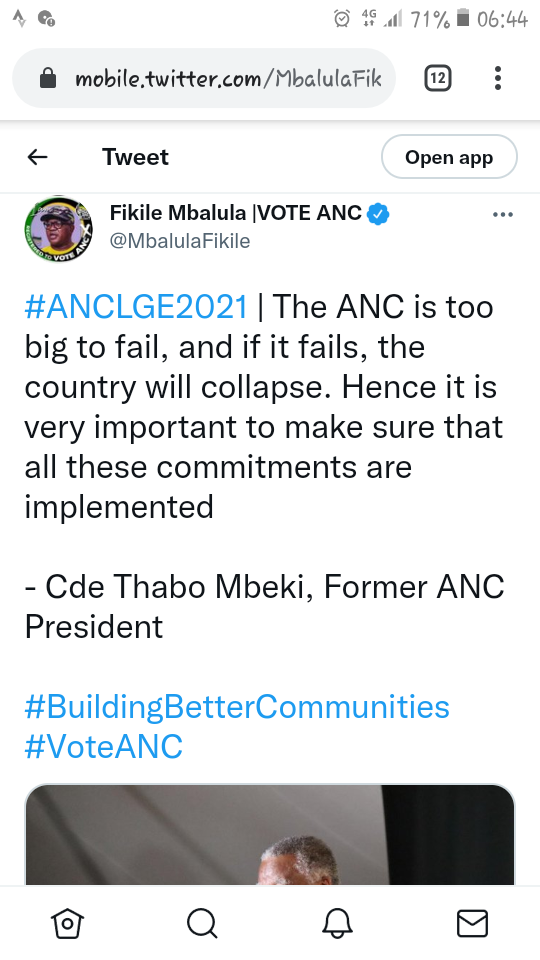 It is worth stating here that the ANC which is the current ruling party has been in government over 27 years now. Many South African people are well aware of the fact that the ANC became the ruling party after the historic 1994 elections, which saw South Africa becoming a fully fledged democratic state. 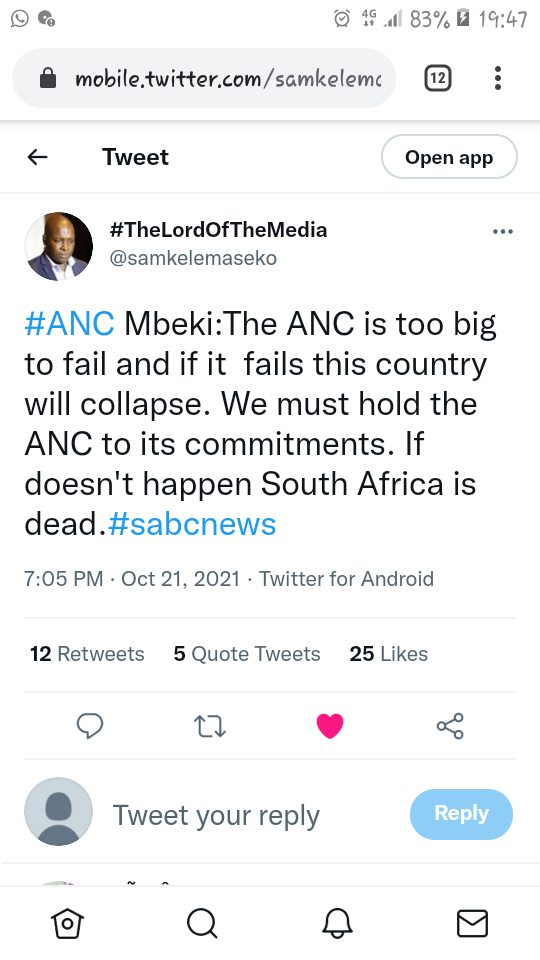