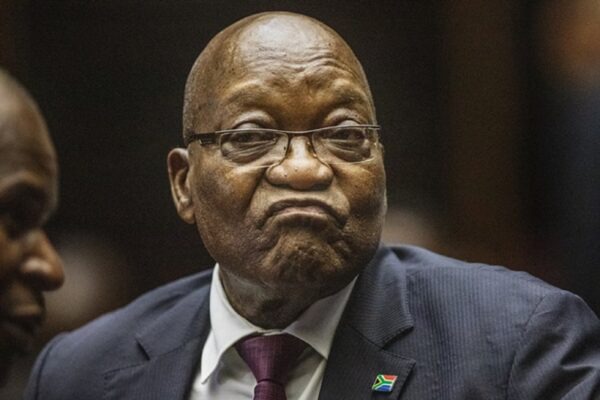 According to the Jacob Zuma Foundation, the former president will argue against the State Capture Commission's recommendations that pertain to him.

Zuma also wants the Judicial Service Commission (JSC) to look into allegations that Zondo made "grossly unlawful comments" in the state capture report written by the former national commissioner for correctional service, Arthur Fraser, about his release on medical parole last year.

Following this week's publication of the fifth and final installment of the state capture commission's findings, the foundation's spokeswoman, Mzwanele Manyi, made the announcement on Saturday during a press conference in Sandton, Johannesburg.

The former president was in Johannesburg, according to Zuma's attorney, advocate Dali Mpofu, but it was recommended against discussing the commission's conclusions in public because of his parole restrictions.

On Wednesday night at the Union Buildings in Pretoria, President Cyril Ramaphosa received the report from Justice Zondo, the commission's chair.

Manyi referred to the report as "illegal and unreasonable" and listed several actions Zuma planned to take, including contesting Zondo's appointment as Chief Justice.

Even though the courts have already spoken on this, he again rehashed Zuma's objections about the creation of the state capture commission and Zondo's nomination as its chairperson.

The infamous Gupta brothers, who were close to Zuma, were accused of enabling corruption and state capture through the theft of billions of rands through government contracts, according to the Zondo commission's devastating conclusions.

Allegations against Duduzane could jeopardize his aspirations for a top ANC post, according to an expert

Duduzane Zuma, the son of Zuma, served as a "conduit," according to Justice Zondo, between the Gupta family and the government.

In order to potentially prosecute Zuma and others for corruption and other offenses, he advised law enforcement officials to look into them even more.

Just before the briefing, Dudu Zuma-Sambudla, the former president's daughter, uploaded a photo of her father.

Legal advice was being sought, according to Mpofu, in Johannesburg.