On Saturday, Russian forces attacked the Ukrainian city of Sievierodonetsk after claiming control of the adjacent rail hub of Lyman, as Moscow pushed its onslaught in the eastern Donbas. The recent successes by Russia reflect a shift in the war's momentum, which is now in its fourth month. Despite Ukrainian resistance, the invading forces look to be close to capturing the entire Luhansk area of Donbas, a key Kremlin war aim.

On Saturday, Russia's defence ministry announced that its soldiers and allied rebel forces had taken complete control of Lyman, a railway junction west of the Siversky Donets River in the Donetsk area, which borders Luhansk. However, Ukraine's deputy defence minister, Hanna Malyar, told the ZN.ua website that the search for Lyman was still ongoing.

According to the British defence ministry's daily intelligence assessment on Saturday, Russian forces are anticipated to try to cross the river in the coming days as part of the Kremlin's Donbas offensive. The Russians are currently attacking Sievierodonetsk, which is 60 kilometres (40 miles) east of Lyman on the other side of the river and the largest Donbas city still held by Ukraine. 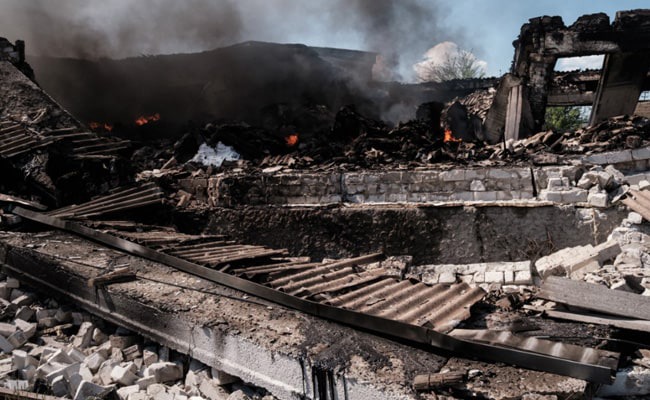 "Sievierodonetsk is under constant enemy fire," Ukraine's police force announced on Saturday on social media. The Lysychansk-Bakhmut road, which Russia needs to close a pincer operation and encircle Ukrainian forces, was also shelled by Russian fire. "In Lysychansk, there was major destruction," police added. Russian troops have already invaded Sievierodonetsk, according to the governor of Luhansk, which, along with Donetsk, makes up the Donbas. To prevent being captured, Ukrainian troops may have to retire from the city, according to governor Serhiy Gaidai.

After failing to conquer the capital Kyiv quickly after their Feb. 24 invasion of Ukraine, Russian soldiers have been making sluggish but steady inroads in the Donbas - vast areas of which were already controlled by Moscow-backed rebels before the war. Their tactics have wreaked havoc on towns and cities with massive artillery bombardments and air strikes. Ukrainian forces had withstood eight assaults in Donetsk and Luhansk in the preceding 24 hours, according to the General Staff of Ukraine's armed forces. The attacks included artillery assaults in the Sievierodonetsk area, according to the report.

"If Russia were to gain control of these areas, it would almost certainly be considered as a significant political victory by the Kremlin, and it would be sold to the Russian people as justifying the invasion," the British intelligence report said. 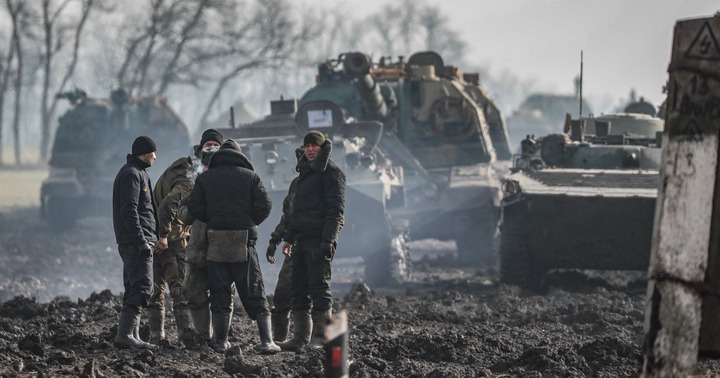 According to Gaidai, 90 percent of structures in Sievierodonetsk were damaged, with 14 high-rise buildings being demolished in the most recent bombardment. Several hundred medical personnel remained in Sievierodonetsk, but the shelling made it difficult for them to reach to hospitals, according to the Luhansk governor. In his nighttime speech to Ukrainians, President Volodymyr Zelenskiy remained uncompromising.

"The occupants are mistaken if they believe Lyman and Sievierodonetsk will be theirs. Donbass will be a Ukrainian province "According to Zelenskiy. While Russian forces have began direct attacks on built-up sections of Sievierodonetsk, analysts at the Washington-based Institute for the Study of War believe they will struggle to gain footing in the city itself.

"Throughout the war, Russian soldiers have done poorly in operations in built-up urban terrain," they stated. Russia claims to be conducting a "special military operation" in Ukraine to demilitarise the country and rid it of nationalists who are threatening Russian-speakers. Russia's allegations, according to Kyiv and Western countries, are a bogus justification for war.

Thousands of people have been killed, including many civilians, and millions have fled their homes as a result of the fighting. The bombing of entire urban areas by Russia has sparked considerable international condemnation, despite Moscow's denials that it is targeting civilians. A broad variety of Western sanctions on Russia, as well as previous battlefield failures, have had no effect on Russian President Vladimir Putin. 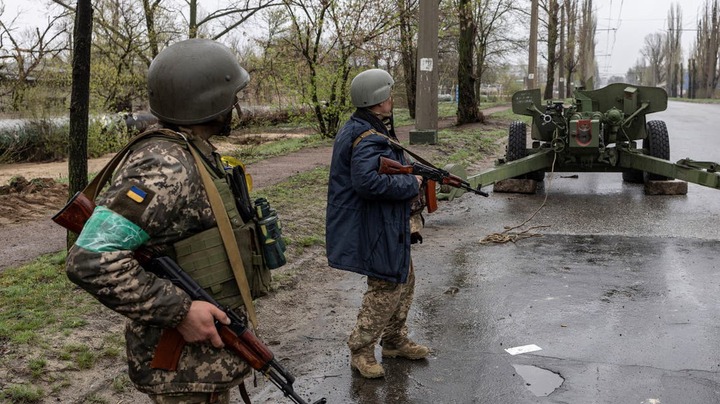 Following the withdrawal of Russian soldiers from approaches to Kyiv and a Ukrainian counter-offensive that pushed Russian forces back from Ukraine's second city, Kharkiv, Russia has made gains in the east. Multiple Russian strikes in Kharkiv, according to Ukraine's General Staff, have targeted nearby villages and infrastructure. On the diplomatic front, officials from the European Union indicated a deal might be struck by Sunday to block Russian oil deliveries by sea, which account for approximately 75% of the bloc's supply, but not by pipeline.

The EU has been chastised by Zelenskiy for postponing such a prohibition. Allies, on the other hand, have provided his country with a continuous supply of armaments. Ukraine has begun receiving Harpoon anti-ship missiles from Denmark and self-propelled howitzers from the United States, according to Ukrainian Defense Minister Oleksiy Reznikov, who announced the delivery on Saturday.

Does this mean that Zuma's daughter, Duduzile will now finally pay for inciting violence?