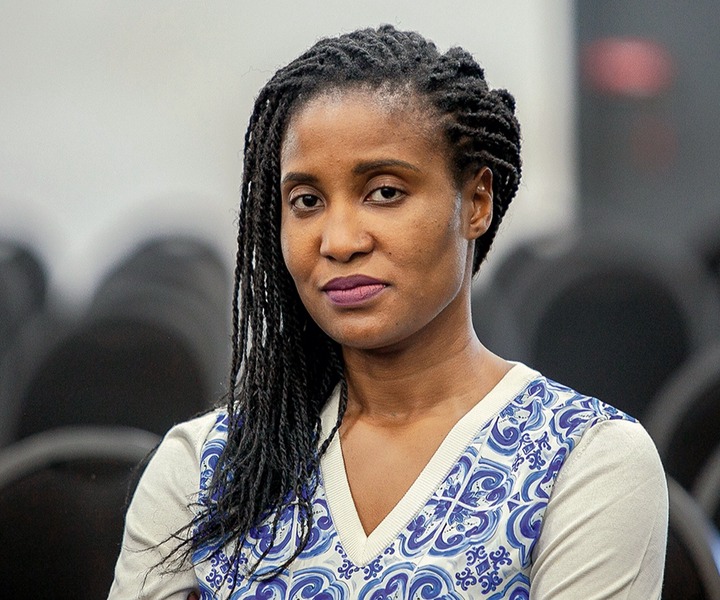 Former president Jacob Zuma's daughter, Duduzile Zuma-Sambudla has spilled beans on what is currently happening within ANC factions notably the Radical Economic Transformation, where more comrades are gunning for presidency.

Some critics speculate that the centre is really not holding within the Radical Economic Transformation after Duduzile Zuma-Sambudla fumed and revealed that five candidates are gunning for the same position for presidency.

Duduzile Zuma-Sambudla said president Cyril Ramaphosa is most likely going to win a second term which will be handed over to him on a silver platter if the RET faction is not organised.

"Fact: CR will get a second term...we will hand it to him on a silver platter if we don't consolidate. This thing of being hungry for positions and having five candidates for president from same faction is nonsensical and unANC. We really can't have another five years of Cyril Ramaphosa," she said. 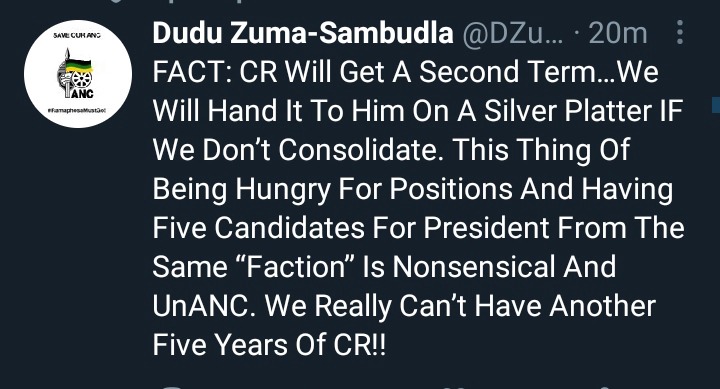 Speculations have it that some comrades within the RET are allegedly supporting Zweli Mkhize to contest for ANC presidency, but at the same time some comrades are rallying behind Duduzane Zuma to run for presidency.

Recently there were also speculations that Tourism minister Lindiwe Sisulu is being pushed by ANC Women's League to run for presidency. 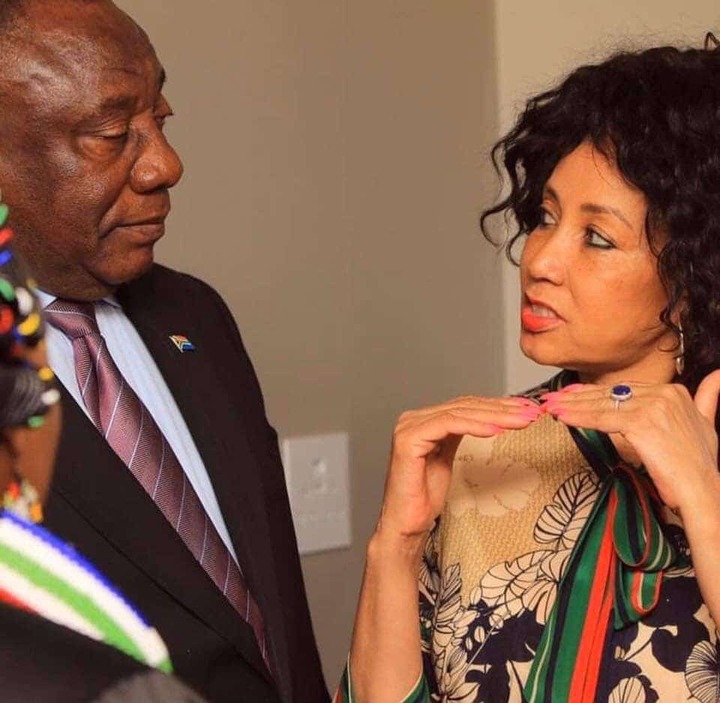 Former mayor of Ekurhuleni City, Mzwandile Masina recently distanced himself from those who are supporting Lindiwe Sisulu. Masina said there is a message circulating claiming that he is rallying behind Sisulu among the RET comrades and warned people not to be fooled.

"There is some unknown person with the following number +27 (81) 398-7192 who is maliciously circulating a message that I’ll soon issue a statement supporting Sis Lindiwe Sisulu for President. I wish to state clear to that I’m not involved in any national campaign nor support anyone," said Masina.

ANC's elective conference scheduled for December this year is not going to be a walk in the park as several comrades are contesting for the same position. There seem to be so much confusion among ANC factions.