Hendrik Verwoerd was born in Amsterdam in the Netherlands in 1901. Verwoerd's parents came to South Africa in 1903 following defeat of the Afrikaner by the English in the Second Boer War, that saw Transvaal and Orange Free State taken away from Afrikaneers by the English and he sympathized with them. Since the Afrikaneers were descendants of the Dutch people who came from Holland, his country.

Though in 1912, Verwoerd's parents moved to Bulawayo in Rhodesia and Verwoerd attended Milton High School. In 1917, his father got a position in the church in Brandfort, Orange Free State and moved his family to South Africa again. Verwoerd was an A student, whilst he was in Zimbabwe, received the top marks for English literature and was awarded the Beit Scholarship.In his matric exams in 1919, he achieved first position in the Orange Free State and fifth in country. In 1926, he left for Germany to study and he returned in 1928. 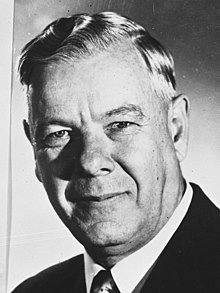 He became a member of the Afrikaner Broederbond, an Afrikaneers secret organization dedicated to advancing the interest of Afrikaner people, and supported Nazi Germany during World War II. He became an editor of editor of Die Transvaler, that pushed the interest of Afrikaneers farmers and was accused of being a pro Nazi newspaper. He joined politics and was elected a Prime Minister in 1958 and he was an Apartheid system machine.

Grandmother Caught In bed With Her 22 Year-Old Grandson