By WeOfferNews | self meida writer
Published 5 days ago - 5642 views

When Zuma published defiant declarations vowing never to cooperate with Zondo and bravely claiming he was not afraid to go to prison he was merely playing to the gallery of his idiotic supporters. Actually Zuma is very scared of going to prison. But he never expected that Zondo had options that could land him in prison very soon. He was badly advised.

Zuma expected that Zondo would take his contempt case to the police for investigation, the result of which would be submitted to the prosecuting authority to decide, whether and when to prosecute. The matter would then go through the courts starting from a junior court. Appeals would take several years to reach the Constitutional Court 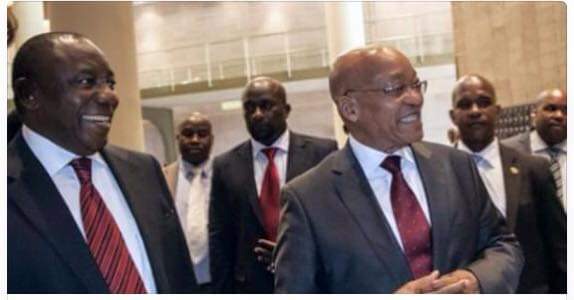 Zuma reckoned the courts would probably give higher priority, to the relatively more serious and numerous arms deal corruption cases. So Zuma did not see Zondo as a threat. The advice which Zuma got from his lawyers was probably based on precedents

What they failed to assess properly was that his defiance, which he widely publicized, was most humiliating to the Constitutional Court and unprecedented

As the ultimate interpreters of the constitution the Constitutional Court, allows itself a lot of discretion. After all jurisprudence based on our constitution is still a work in progress. The constitutional court pulled the rug under Zum, by cutting out the junior courts and even doing away with the prosecuting authority

The matter will be decided and sentence will be passed, on the basis of an application by the Zondo Inquiry, which will effectively prosecute the case

That is how the Constitutional Court neatly put an end to its unprecedented, ongoing humiliation by Zuma. His attempt to politisize the matter has backfired

The matter is now completely out of the hands of politicians including Zuma. He overplayed his political hand. As a result we shall see him in orange overalls sooner than we ever expected. It will be a satisfying sight to many a South African. We live in interesting times

Constitutional Court Zondo Zuma
Opera News is a free to use platform and the views and opinions expressed herein are solely those of the author and do not represent, reflect or express the views of Opera News. Any/all written content and images displayed are provided by the blogger/author, appear herein as submitted by the blogger/author and are unedited by Opera News. Opera News does not consent to nor does it condone the posting of any content that violates the rights (including the copyrights) of any third party, nor content that may malign, inter alia, any religion, ethnic group, organization, gender, company, or individual. Opera News furthermore does not condone the use of our platform for the purposes encouraging/endorsing hate speech, violation of human rights and/or utterances of a defamatory nature. If the content contained herein violates any of your rights, including those of copyright, and/or violates any the above mentioned factors, you are requested to immediately notify us using via the following email address operanews-external(at)opera.com and/or report the article using the available reporting functionality built into our Platform