The travel industry Minister Lindiwe Sisulu has hit back at the president's media group, guaranteeing they distorted her gathering with President Cyril Ramaphosa.

In an assertion gave on Friday morning, Sisulu said she regarded the Office of the Presidency and the president however was "disturbed" by the media group's "intentionally devilish" activities.

Sisulu affirmed that she met Ramaphosa on Wednesday, at his solicitation, and he "communicated uneasiness with a specific perspective" of her viewpoint piece distributed fourteen days prior.

She said the president disagreed with her demeanor connecting with the legal executive and he recommended that a third individual or delegate help the specific and lone line he saw as an "hostile articulation".

"We had a developed and reasonable gathering and along these lines finished up on great conditions. Truth be told, yesterday (Thursday) the President called me and read the particular sentence as updated that he had seen as hostile. We finished our conversation on a neighborly base," Sisulu said.

Sisulu's reaction returned on the of a stressed blow for blow battle of words among Ramaphosa and Sisulu on Thursday evening.

The Presidency gave an explanation that Ramaphosa had "explicitly scolded the clergyman" about her assault on the legal executive and recommended that Sisulu had withdrawn her "unconfirmed, harmful remarks" about the legal executive.

"Serve Sisulu yielded that her words were unseemly. Serve Sisulu withdraws this assertion and attests her backing for the legal executive," the Presidency said on Thursday. However, Sisulu's speedy reaction to the made announcement marked Ramaphosa a liar. She completely repudiated the assertion completely "as a distortion of the said gathering I had with the president".

Then, at that point, later on Thursday evening, Minister in the Presidency Mondli Gungubele gave a subsequent assertion, saying that the Presidency remained by its articulation, and it didn't have anything further to add. 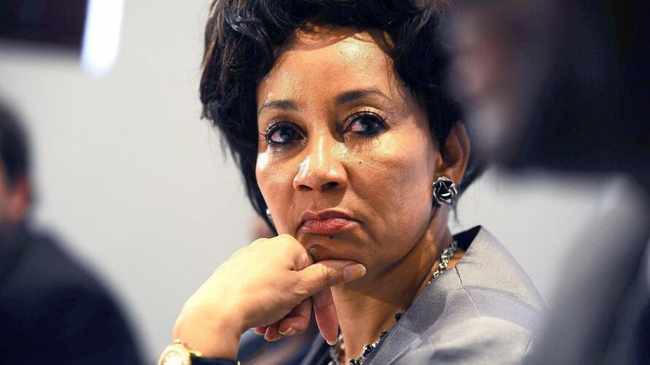