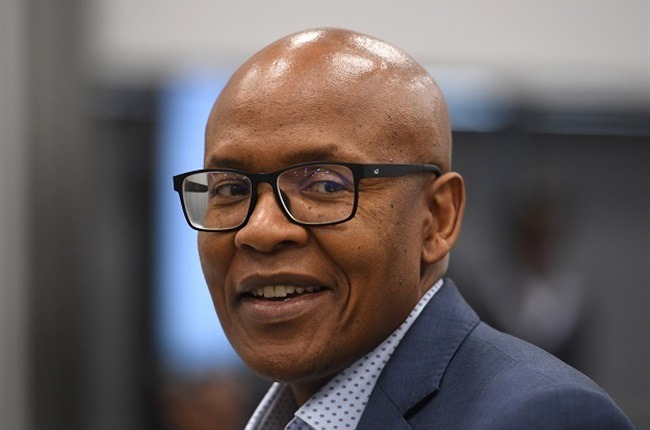 Former ANC member and now spokesperson of Jacob Zuma, Mzwanele Manyi has fired shots at former minister, Tito Mboweni after his utterances about the apartheid regime.

Mboweni triggered Mzwanele Manyi after he claimed that they didn't fight against white people during the apartheid era, but that they fought to build a non-racial, non-ethnical and democratic South Africa.

Tito Mboweni further argued that those are the basic principles of the ANC, to the disagreement of Mzwanele Manyi.

"We did not fight against White People. We fought against the Apartheid System. To build a non-Racial, non-Ethnic, non-Sexist and democratic South Africa. Basic ANC principles," he said. 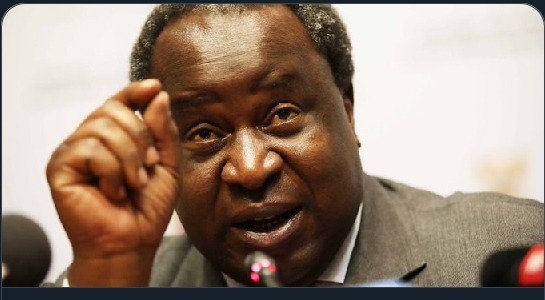 Mzwanele Manyi reacted angrily to Tito Mboweni's utterances citing that white people must be laughing at black people as Mboweni claims the fight against apartheid was not about fighting white people.

Manyi says white people created a system to enslave black South Africans, but Tito Mboweni is exonerating them from the injustices they created.

"White people must be laughing at us.They create a system to enslave us, then a sophisticated elite amongst us finds nothing wrong with them.

He unleashes a sophistry that blames the system they created and leave them scot-free. What nonsense," he said. 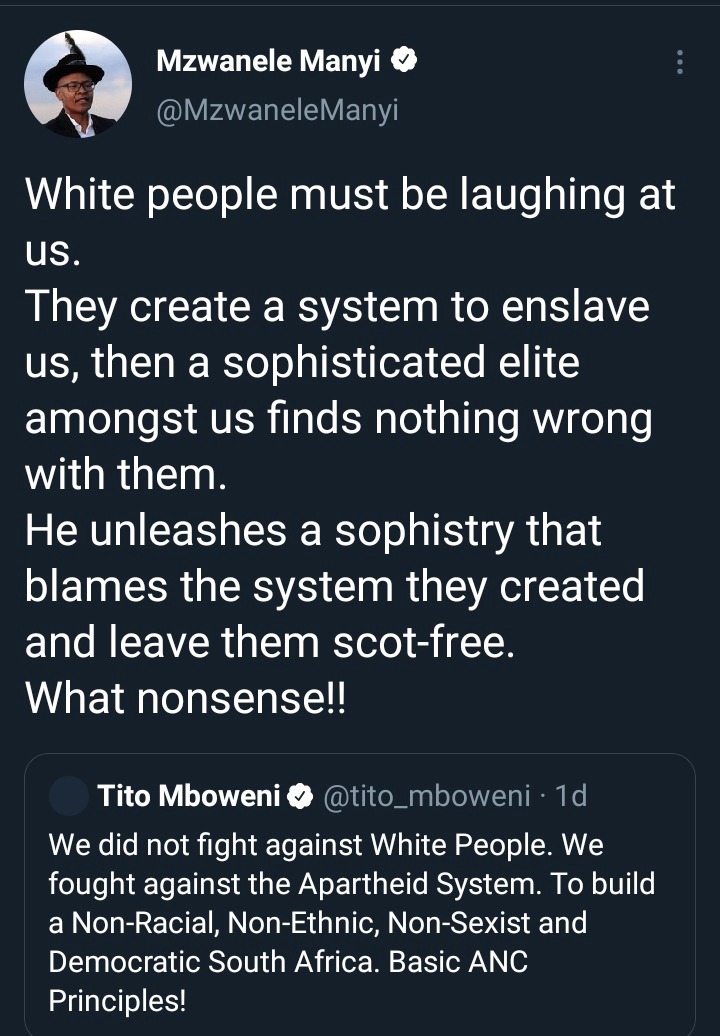 Critics however feel that Tito Mboweni's utterances shows how privileged he was to have been spared from the brutalities of the apartheid regime and that's why he seem out of touch with reality as to what exactly was happening to black people during the apartheid era.

Tito Mboweni's utterances comes as ANC staff meeting resolved on a stay away from Monday until salaries have been paid in full. Staff members say their challenge does not enjoy the attention it deserves from officials and the NEC. This also comes after president Cyril Ramaphosa apologized to the staff during January 8 celebrations.