The President of South Africa Cyril Ramaphosa has spoken to the people of Gauteng and the solutions to our electricity problems might come to an end these elections like they did not promise the same thing in the last elections. The President Of South Africa thinks people are children, they keep on making false promises to the people, since it is election season they are making sure that the lights stay on so the ANC does not embarrass themselves with their dead Eskom company which is a monopoly, this is what happens with any kind of inheritance, people squander use it like they do not care. 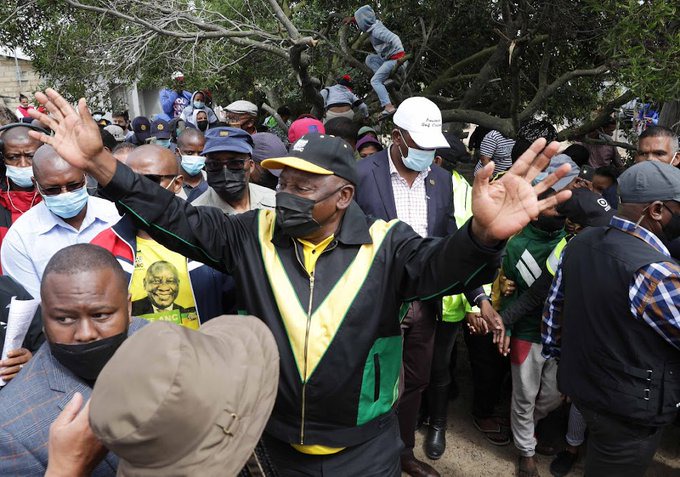 When the apartheid government gave over Eskom it did not have so many people depending on it, it was just for the white Neighborhoods as Africans could not afford it, then it was free, but it did boost enterprise in the best way as people started watching the SABC which is dying right now but can only survive if they become profit-driven, all the stations that do not have the ratings should be shut down immediately because the SABC is wasting equipment and money, but that will taint the public opinion of the president as some of the people that were fired at the broadcast will keep talking bad about him.

President Cyril’s campaign has been hit by thunderstorms multiple times, but he did not worry much as he just kept it going even when people throw shade at him.

Advertising is one of the most important functions in the success of political parties, but the ANC was late to the party, it seems like they are losing interest in governing this country and making sure that the people are getting what they deserve.