The final state capture report has unveiled the roles played by Jacob Zuma in the state capture process, also blaming the parliament for not holding him responsible and accountable. The report states that Former President Zuma abused his powers in order to facilitate certain agenda, stating also that Cyril Ramaphosa as the deputy president did not know that state capture was taking place until it was on the media. It states that President Cyril Ramaphosa saw nothing at a time when he was deputy president—only realized that there was a smoke when former finance Minister Nhlanhala Nene was fired and Gupta leaks surfacing in the media. Furthermore, parts of the report hinted that Jacob Zuma and the Guptas engaged in institutionalized state capture. It is this part that talks mainly that Jacob Zuma as the president then was the main architect of the state capture, in conjunction with the fugitive brothers, the Guptas. 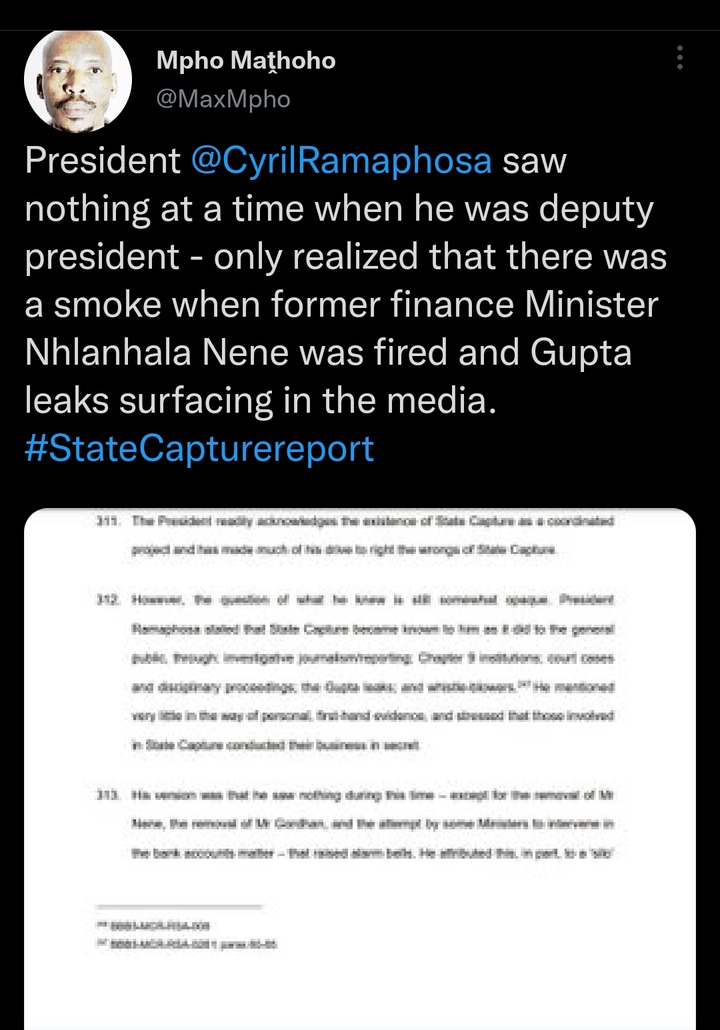 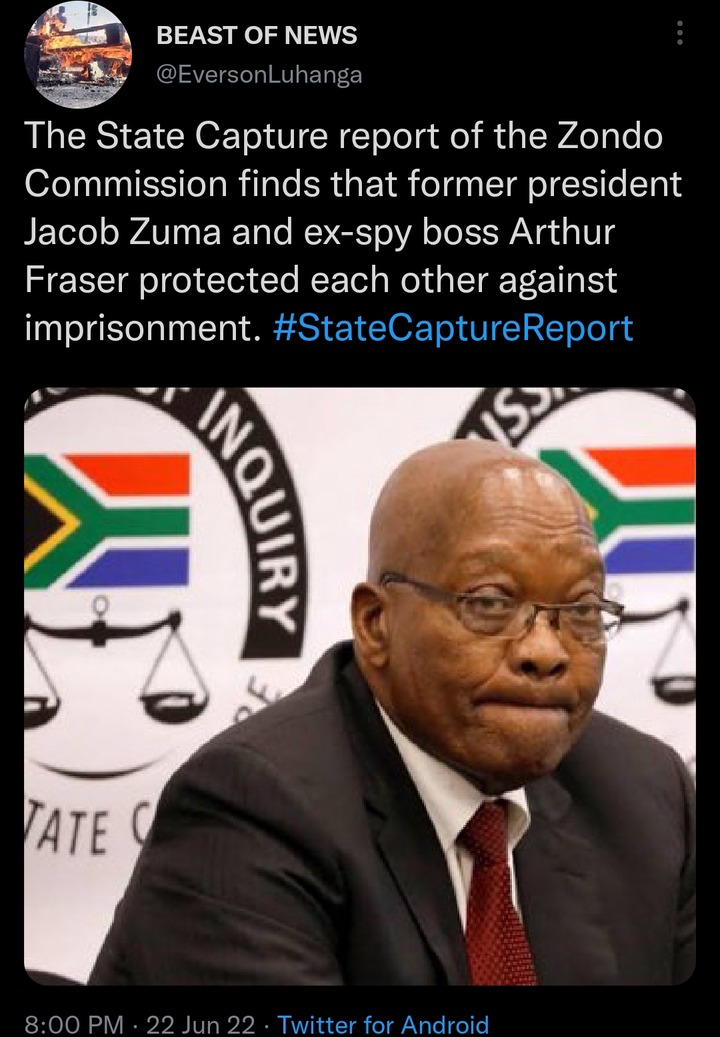 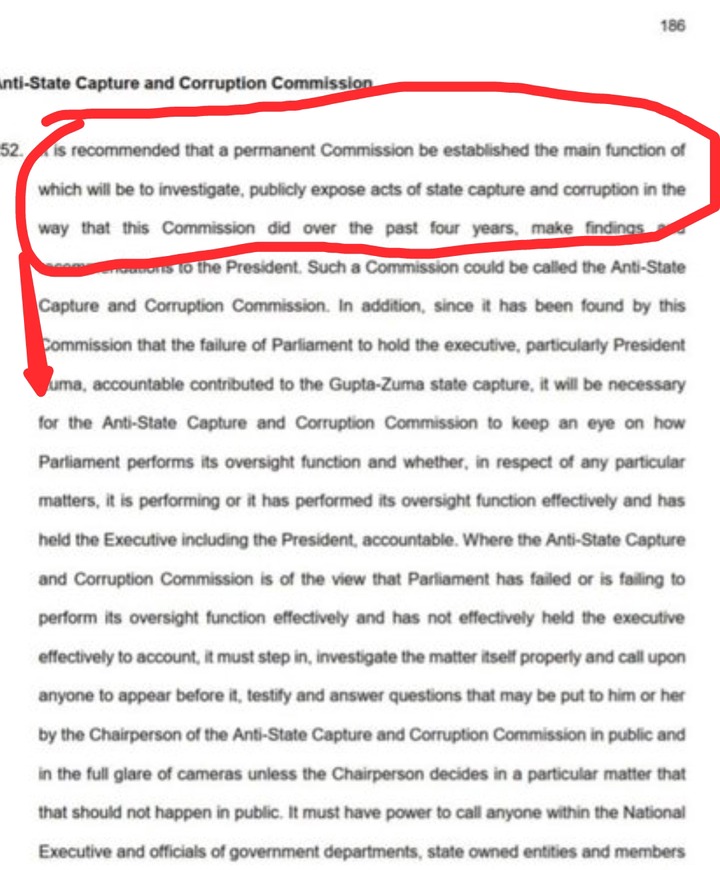 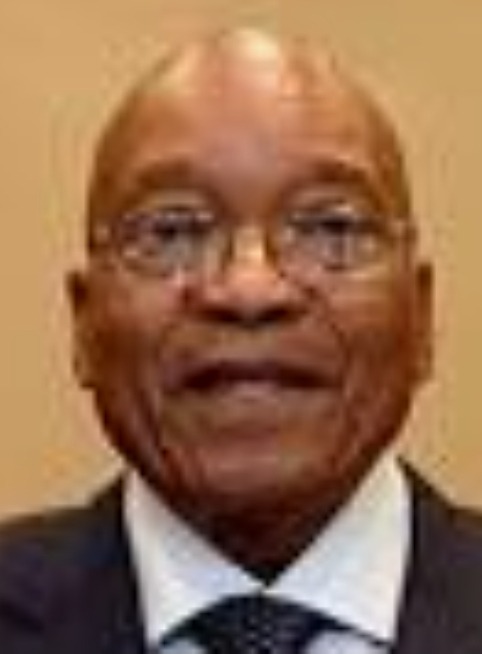 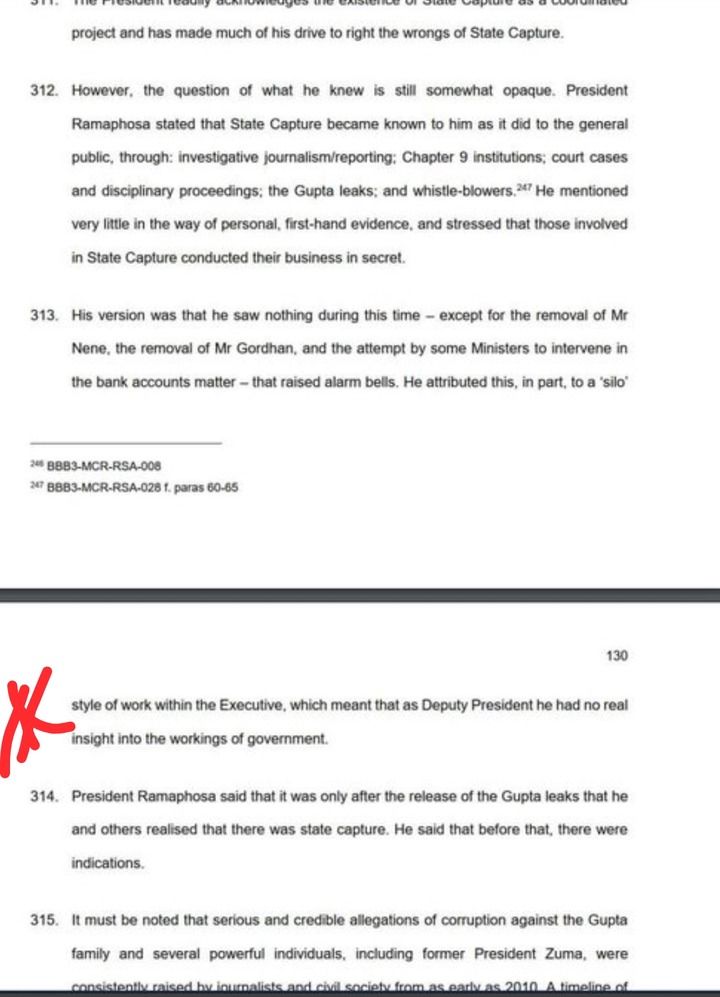 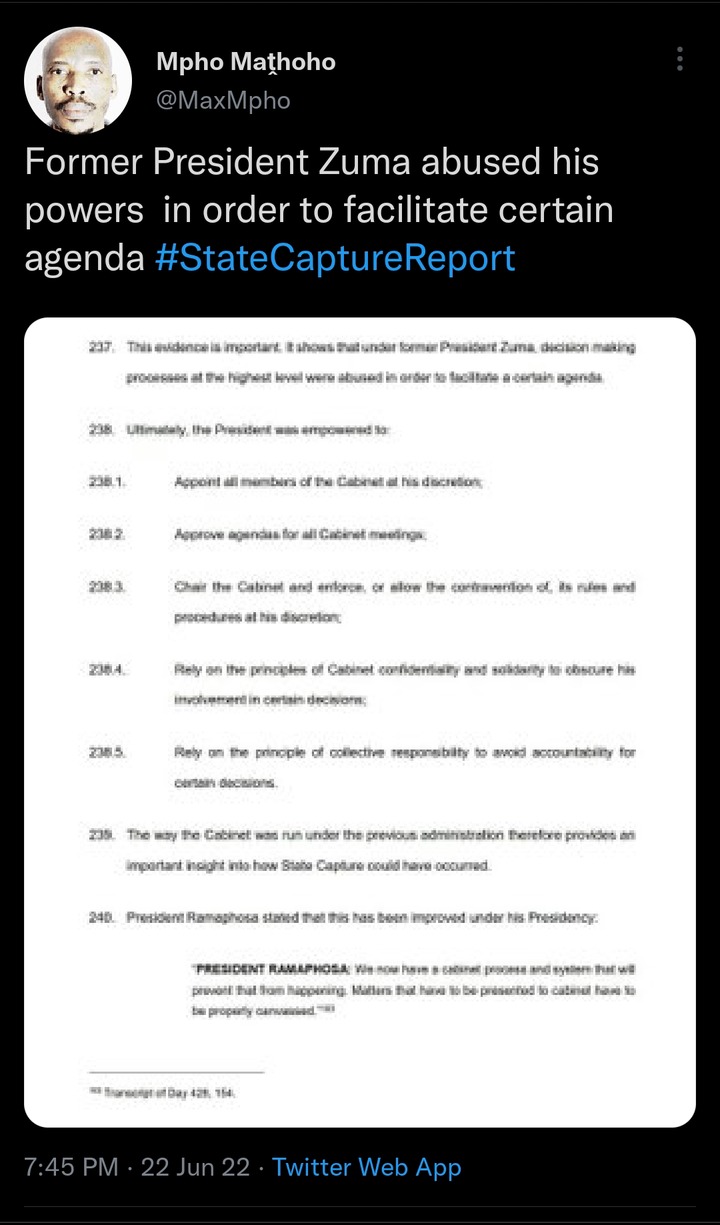 The report also suggested that Arthur Fraser should be charged. A journalist posted, “State Capture Inquiry Report has recommended that Former Spy Boss Arthur Fraser be criminally charged. This is due to Principal Agency Network project launched by Fraser which revealed criminal activity and handed over to the Hawks and NPA but stopped by Cwele". Many people had predicted that Arthur Fraser is in for a big problem for trying to fight president Cyril Ramaphosa. They noted that the upcoming report will certainly ask that he be charged. True to the predictions, the recommendations that he be criminally charged was written on it. The State Capture report of the Zondo Commission finds that former president Jacob Zuma and ex-spy boss Arthur Fraser protected each other against imprisonment. 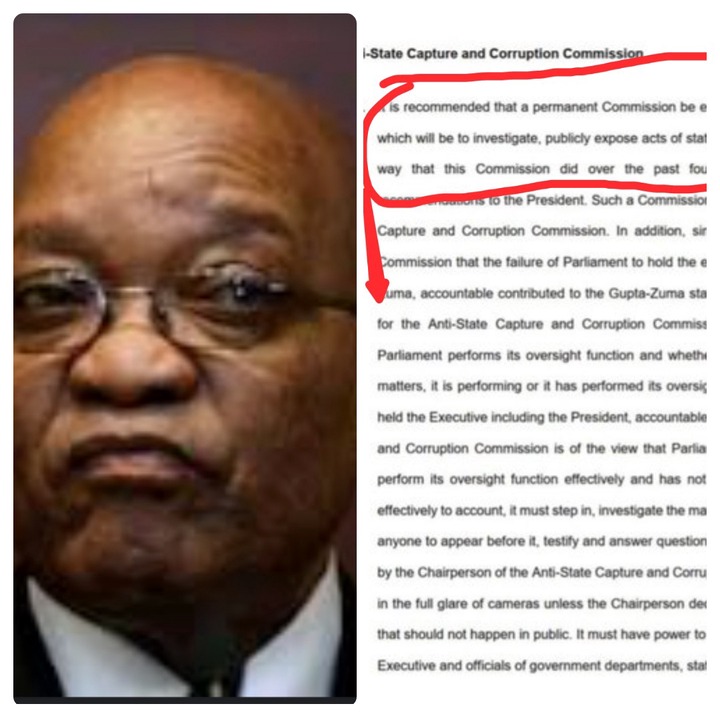 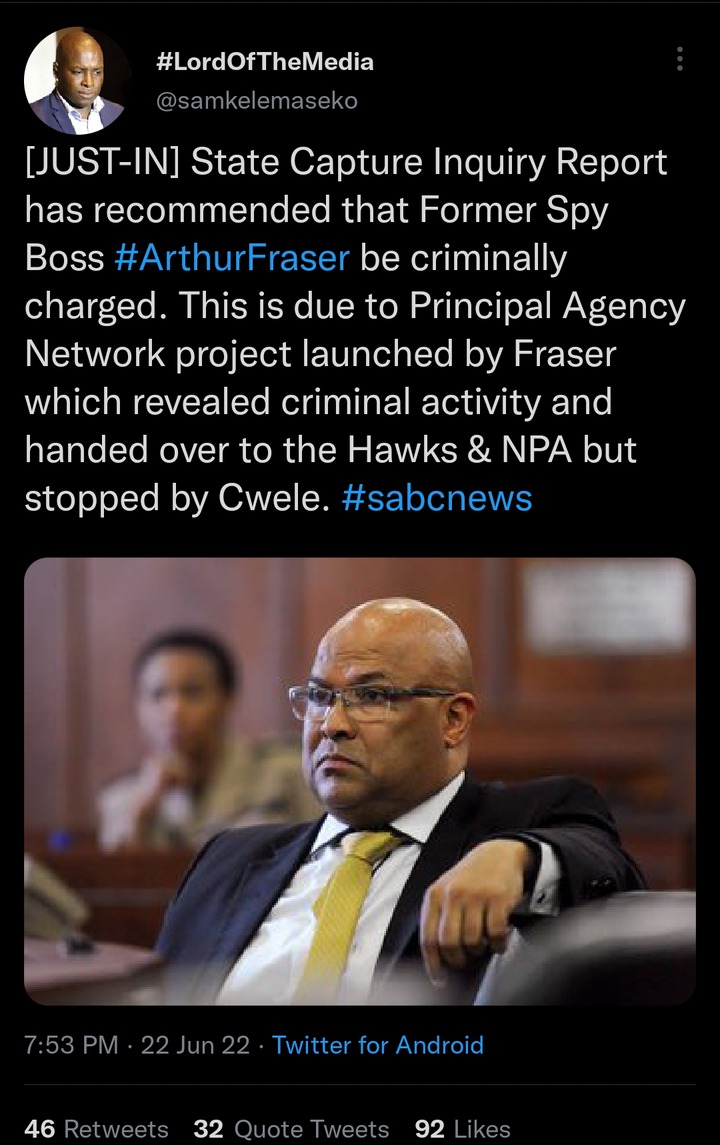 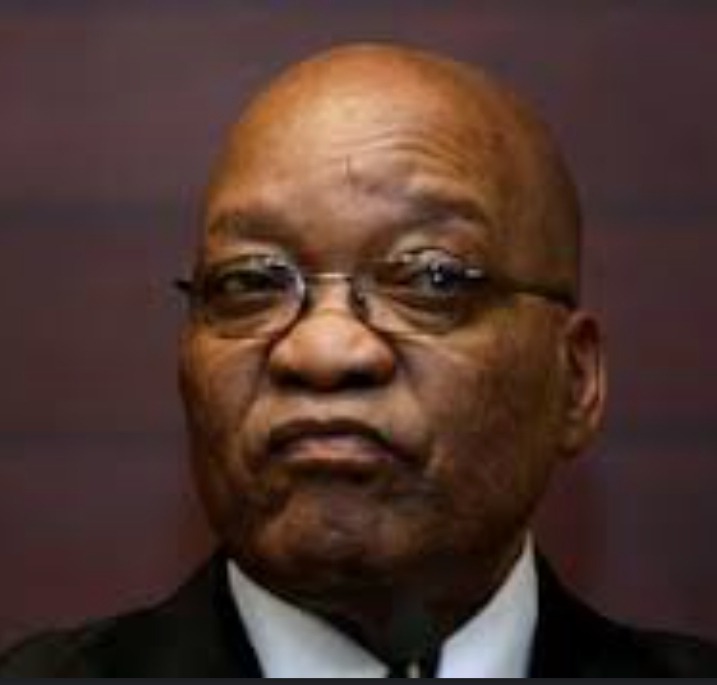 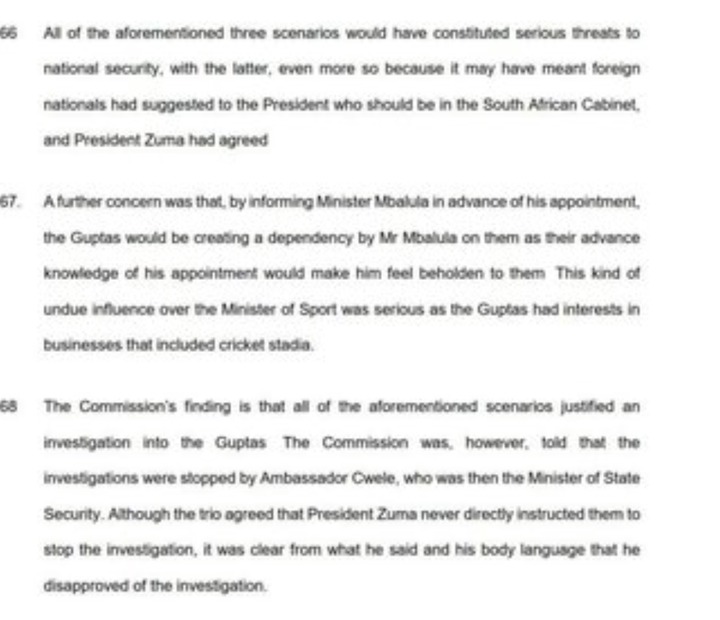 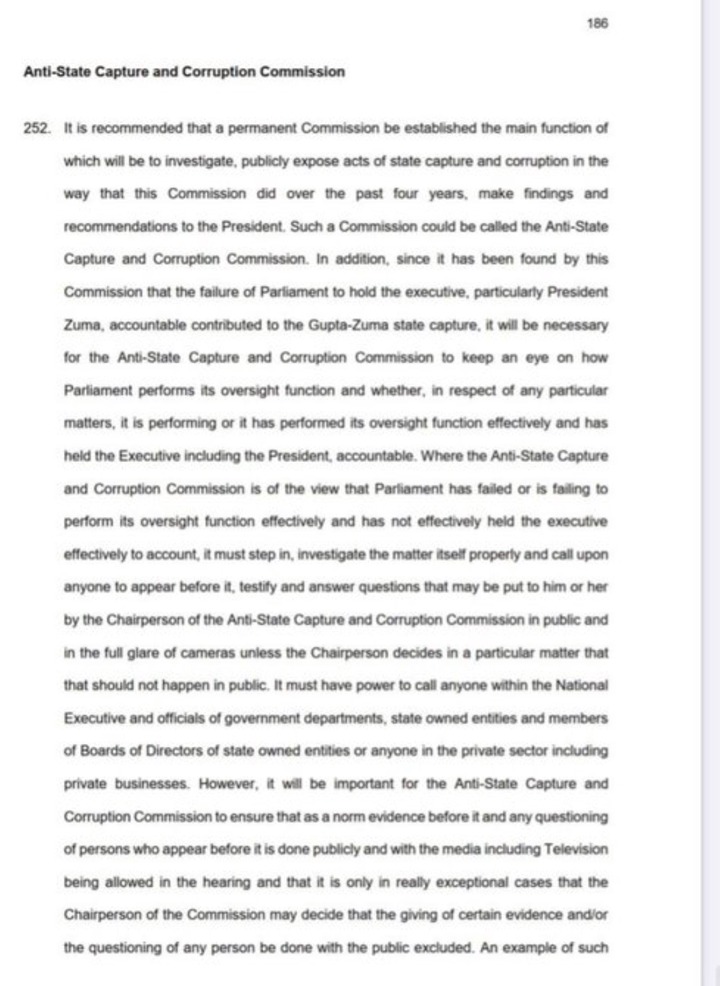