The ANC in the commonplace assembly is asking the Speaker to make a move against various MECs and their specialty sets out toward the late accommodation of their yearly reports to their individual standing boards of trustees.

At a virtual news gathering yesterday, head of the common resistance Cameron Dugmore asked Speaker Masizole Mnqasela to at minimum exceptionally least say something in the governing body on the late entries.

Dugmore disagreed with the Community Safety Department which neglected to table a report regardless of expenditure a great many rand on the region's lead security plan.

"At the point when networks across the Western Cape are frantic for signs that the commonplace government is not kidding about their security, the lead office in fighting wrongdoing neglected to present its yearly report.

"This disappointment brings up issues about the viability of the security plan, just as the obligation to make our networks more secure.

"In one more clear illustration of scorn, just as a work to dodge responsibility, the Human Settlements Department postponed its yearly report a day prior to the furthest limit of the period to audit yearly reports.

"Different offices, for example, Education postponed theirs late. This is unsatisfactory."

Reacting to Dugmore's allegations, Leader of Government Business Ivan Meyer said that postponement in the postponing of the yearly reports from divisions was an aftereffect of deferrals in the finish of reports by the Auditor-General.

"There is no sacred disappointment in such manner, and the ANC would realize that the Speaker has effectively given lucky updates to all individuals from the council and the programming authority has affirmed that any remarkable reports will be pondered in advisory groups ahead of schedule one year from now.

"We wish to remind the ANC, that dissimilar to their record in government, more than 70% of our areas of expertise in the Western Cape have accomplished clean reviews.

"We take debasement free, quality help conveyance as a need and spend public supports where it is important."

In the mean time, Speaker Mnqasela said: "While the postponed accommodation of a portion of the offices' yearly reports, which is outside the ability to control of the commonplace lawmaking body, brought about the applicable standing panels not having the option to dispatch with their thoughts according to the assembly's program, these gatherings will be rescheduled to occur right on time in 2022.

"The individuals from the assembly have been stayed up to date with improvements in regards to the accommodation of the yearly reports on a continuous premise. I will guarantee that offices record to the common council, but sometime in the not too distant future." 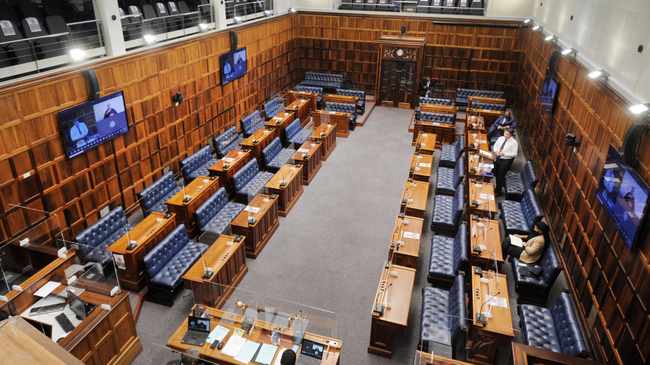