Ace Magashule approaches high court over 'ulterior purpose' in prosecution (timeslive.co.za)Suspended ANC secretary-general Ace Magashule has requested that the high court pronounce that the state has no at first sight body of evidence against him, saying his indictment is a "slanderous attack".

He has additionally requested that the court force the indictment to unveil the names of those observers who explicitly involve him.

Magashule is dealing with indictments of extortion and debasement identifying with a R255m delicate for a review of asbestos material in the Free State. He is expected back in court in February. 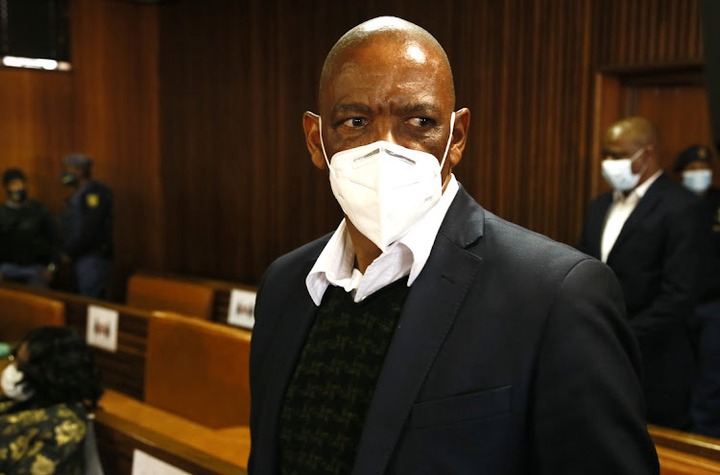 He was suspended from the ANC in May after he was arraigned, as per the party's "move to one side" rule. The standard holds that assuming an individual from the party is arraigned on criminal allegations, they should move to one side from their position. In case they don't, they might be suspended.

A court application to save his suspension fizzled in the Johannesburg high court, however Magashule has requested of the Supreme Court of Appeal to hear his allure.

In his establishing application, documented last week, he said: "Am I expected to go through a ridiculous preliminary, for various years, while my life and vocation scatters? Regardless of whether I am excused, which I am certain of, the time lost and bias endured will be of a greatness hard to evaluate."

Magashule has likewise requested that the court announce that he is qualified for "know the case that he is needed to meet before he argues" and that the state didn't conform to area 27 of the Prevention and Combating of Corrupt Activities Act, which requires that in case it will accuse an individual of neglecting to report defilement it should initially manage the cost of them a chance to clarify.

In his establishing oath, Magashule demands that his political action is the "ulterior reason" behind the choice to arraign him and that — in view of the proof in the agenda that he has seen — the argument against him is "frail or non-existent".

"Any claim of culpability against me is a quantum jump, as an issue of law and rationale, and doesn't support the charges," he said.

Specifically, his previous individual associate, Moroadi Cholota, who was first asserted as a state observer, would now be a blamed, he said.

Magashule likewise blamed the state for prosecutorial wrongdoing in the manner they had managed Cholota, asserting her as a state observer before having a marked assertion from her and surprisingly after his legitimate group had guaranteed her as an observer for the safeguard. Examiners had additionally given an authorisation that Magashule be charged for neglecting to report a bad exchange without offering him a chance to clarify, as the demonstration requires.

"I can securely induce that the issuance of the reproved declaration added up to prejudging me and the result of the examinations," he said.

Magashule needs the court to arrange that any further observers be unveiled, in light of the fact that subsequent to considering the "whole agenda" with his lawful group, he was unable to find any proof that would lead the arraignment to track down a prosecutable argument against him.

"This prompts the perpetual end that the expected preliminary is a mix of a slanderous attack and a fishing trip which will bring about hopeless mischief to me. I'm set in a position where I am dubious that the supposed 'solid argument' against me has not been unveiled to me and my lawful delegates," he said.

He has requested that the state reply to his court papers by December 7.

NPA representative Mthunzi Mhaga told TimesLIVE: "We will ventilate all issues in this matter in court during the movement procedures founded and during preliminary."