"I Nearly Lost My Life" Tito Mboweni Tackles President Cyril Ramaphosa After He Escaped Near Death. 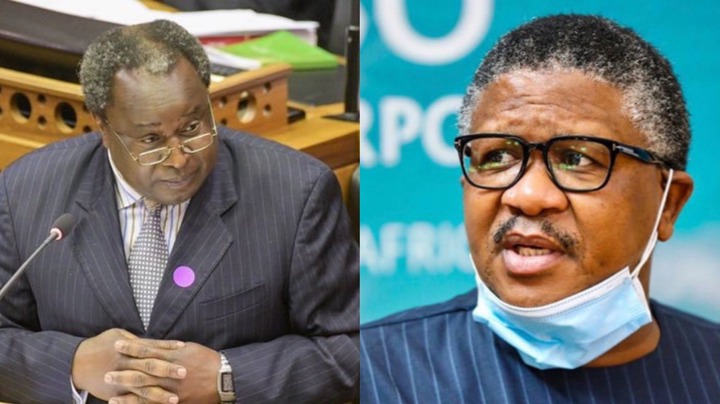 Most ANC political party members are those who are only vocal when the tides begin to turn against them and they go quite when they're not hurting.

Recall that two weeks ago, minister Fikile Mbalula indicated how not surprised he was as to the news of Carl Niehaus was linked to Mafe who is the suspect to the burning of South Africa's parliament building. Mbalula said "Not shocked at all".

This many believe this is because ANC members believe all Jacob Zuma Allies are again the party. Hence the need to sabotage the ANC party for the benefits of former President Jacob Zuma. 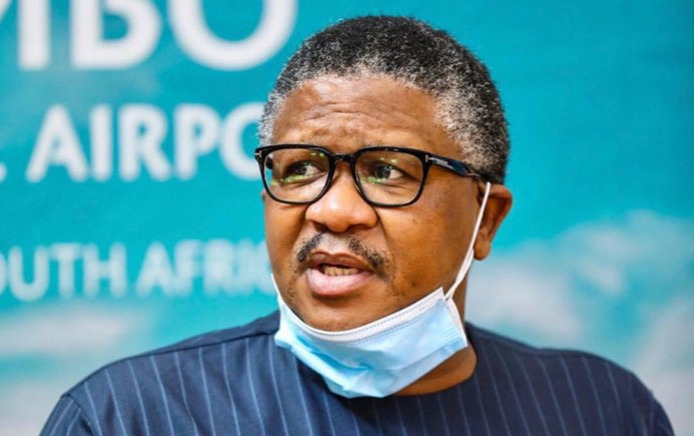 However it's as though the ANC party is imploding in time, that's because another former minister, Tito Mboweni, has blasted the Minister of Transportation, Fikile Mbalula.

The former Minister of Finance of South Africa and eight governor of the reserve bank, Tito Mboweni took to his Twitter account to take an indirect jab at Mbalula. In his angry calls for the fixing of our roads and transport system he revealed he almost died recently. In his words;

" Why do you want to call a conference to discuss the dangerous potholes between Dullstroom and Lydenburg? Fix the damn road!! Fix it… My car tyres and wheels were destroyed there!! I nearly lost my life. Fix the road." 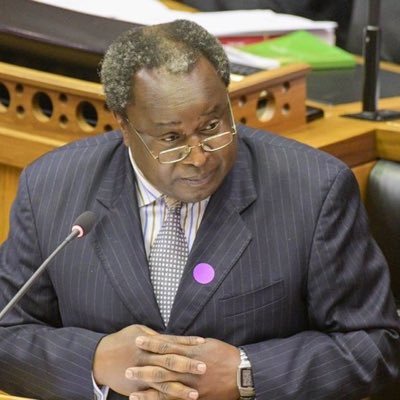 Although many argue that the roads aren't directly Mbalula's responsibility since this is how it's rates;

N-roads: National: Mbalula. But remember minister Fikile has to overlook the transportation sector totally and make sure everything works out. 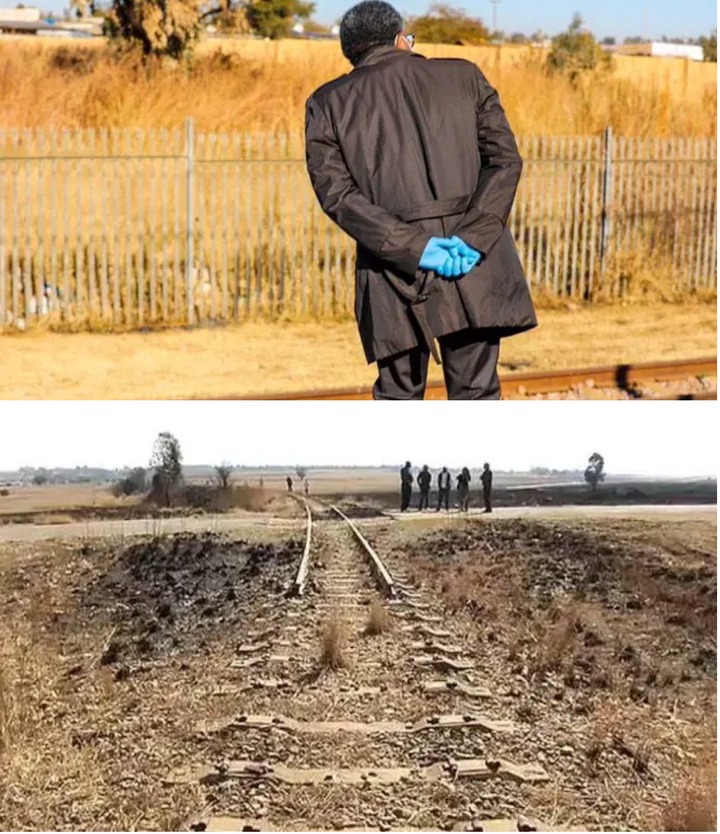 "Most politicians start making sense when they are no longer in Parliament."

"Why don't you tag the minister who's supposed to fix and the government just like how we Tweeps do."

"Governor ex minister , Do you see what ordinary citizens are going through on a daily basis?"

"You talking about that Social Media Influencer called Fikile Mbalula? He won't fix anything that one."

"You always want to sound revolutionary when you're out of government." 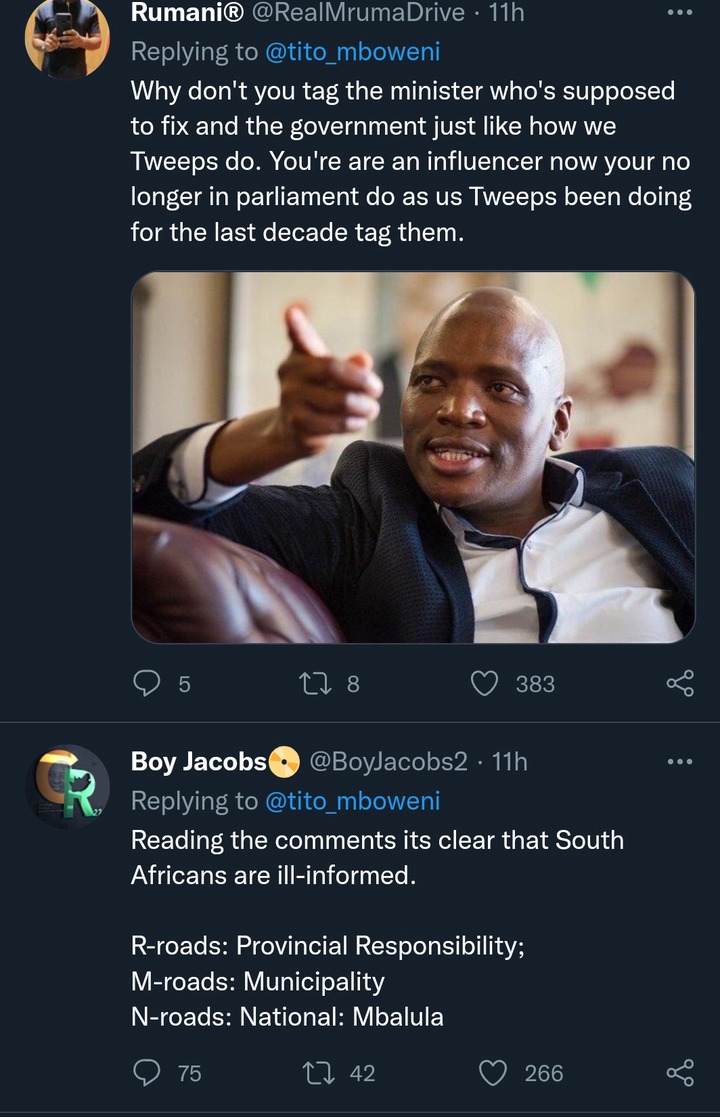 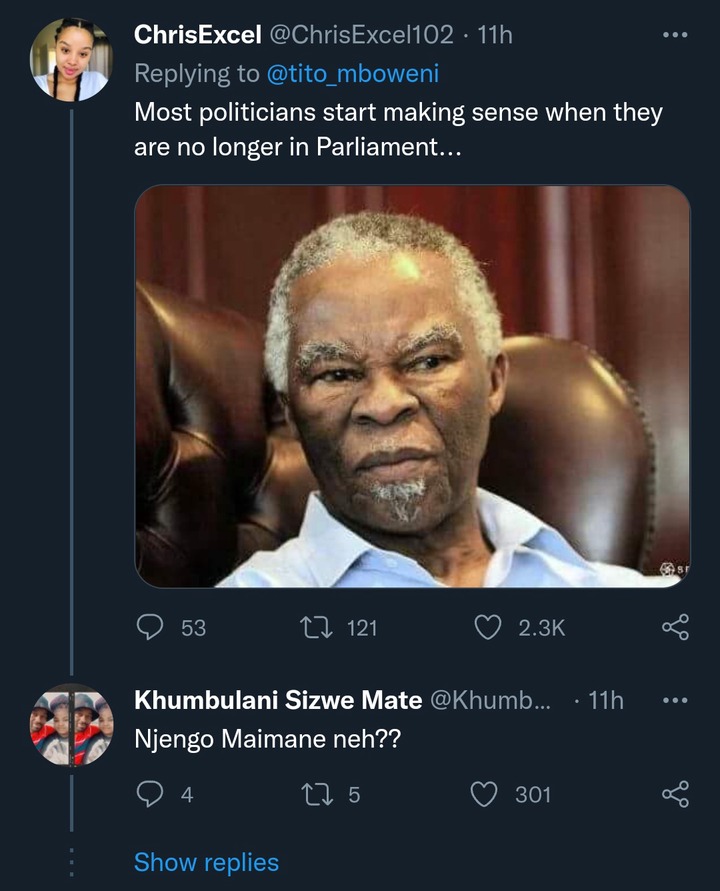 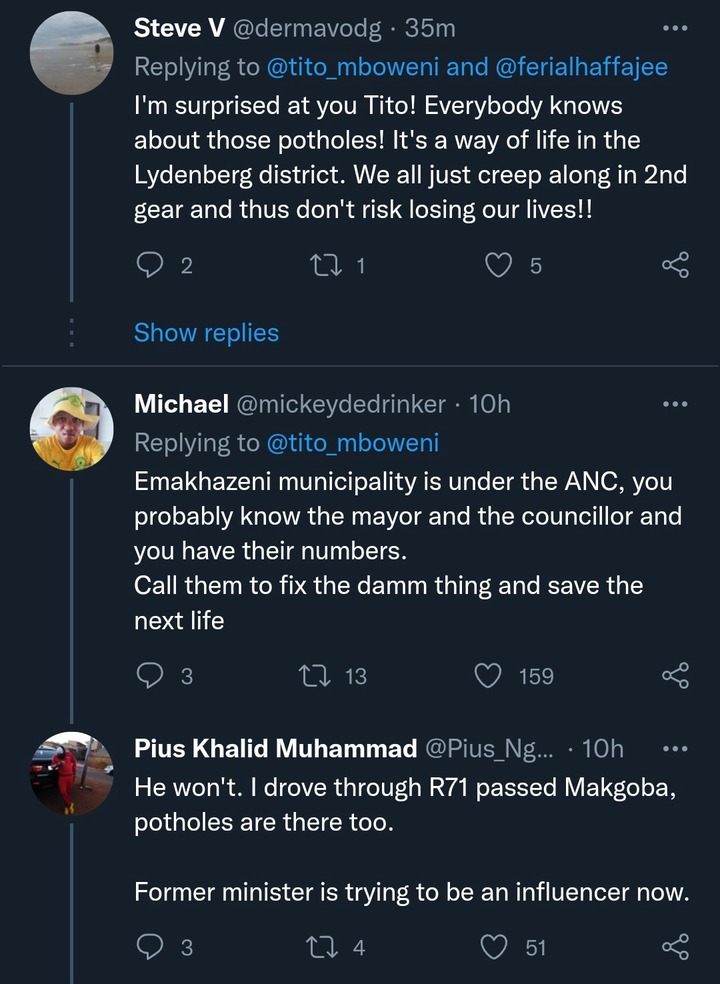 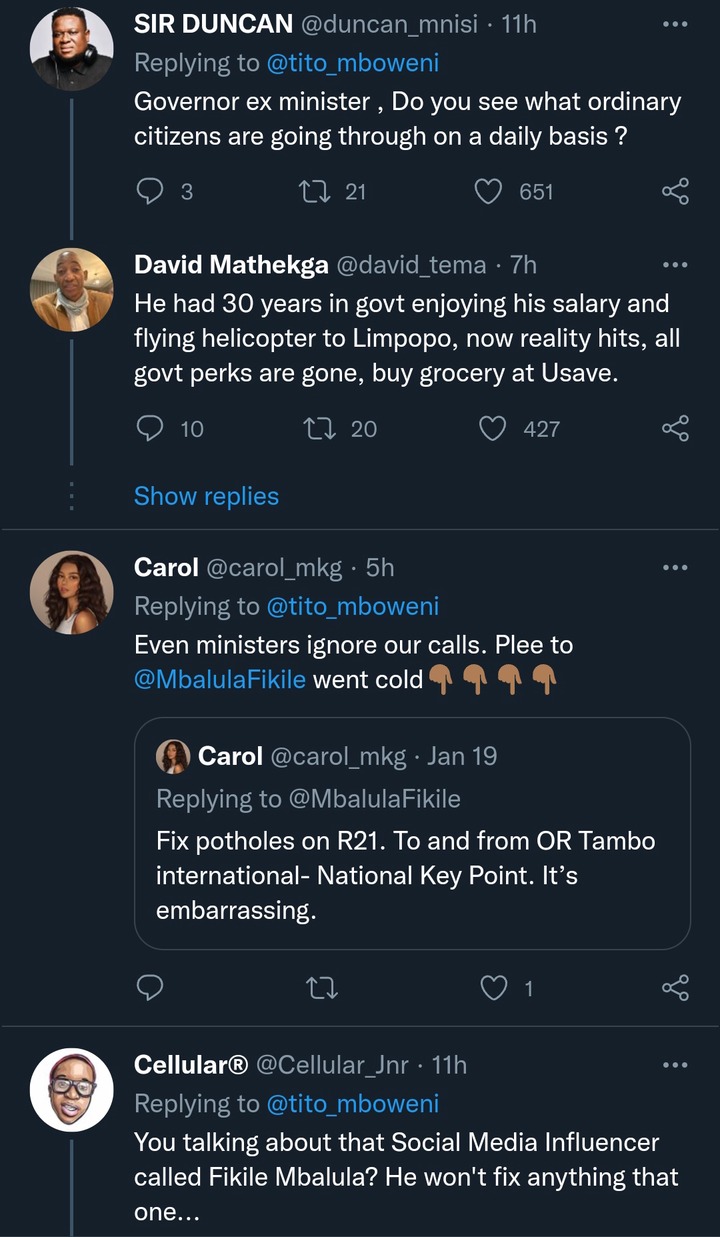 VIDEO: Cassper Nyovest says his life changed the moment he started believing in himself

Thembinkosi Fanteni | before and after retirement from football