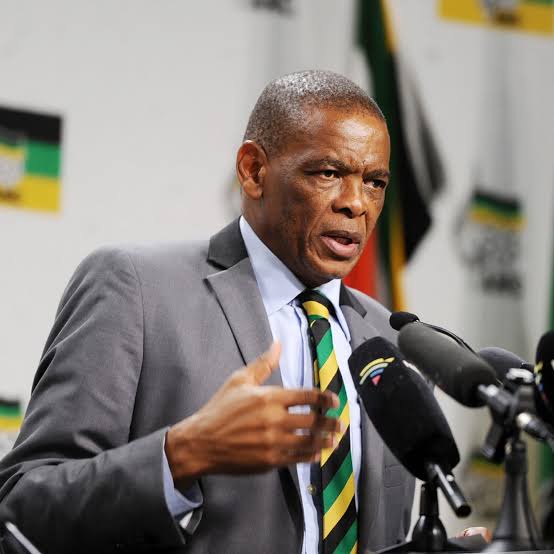 The committee stated that it was concerned about Magashule's behavior.

"The IPC in Free State has noted with concern that the suspended secretary-general, Cde [comrade] Ace Magashule, attended a political event of another political organization [EFF] that is not in alliance with the ANC," said IPC spokesperson Oupa Khoabane.

"Such behavior can only be tolerated if it is sanctioned by the organization in the pursuit of its political interests."

Khoabane went on to say that despite being suspended by the ANC, Magashule's position in the ruling party is critical.

"The secretary-general holds one of the highest positions in the organization, and his or her integrity must be safeguarded at all costs." The fact that he is suspended does not preclude him from upholding organizational discipline and other principles that all members must follow.

"The office of the secretary-general carries the organization's image with it." As a provincial structure, we strongly condemn such irresponsible behavior and urge all members in the province not to follow suit, as it tarnishes our image."

Khoabane went on to say that the ANC in the province listed the negative tendencies that devoured the unity and destroyed the ruling party's traditions and culture in the diagnostic report that the IPC produced at its inception.

"This secretary-conduct general's is a new negative trend that must not be emulated by any member," he said.

Separately, Khoabane stated that the IPC has taken note of the alleged theft in February 2020 at President Cyril Ramaphosa's Phala Phala farm in Limpopo.

"We believe that the matter deserves to be given the attention it deserves, and that the relevant institutions should be allowed to deal with it as soon as possible in order to avoid further speculation on what actually occurred."