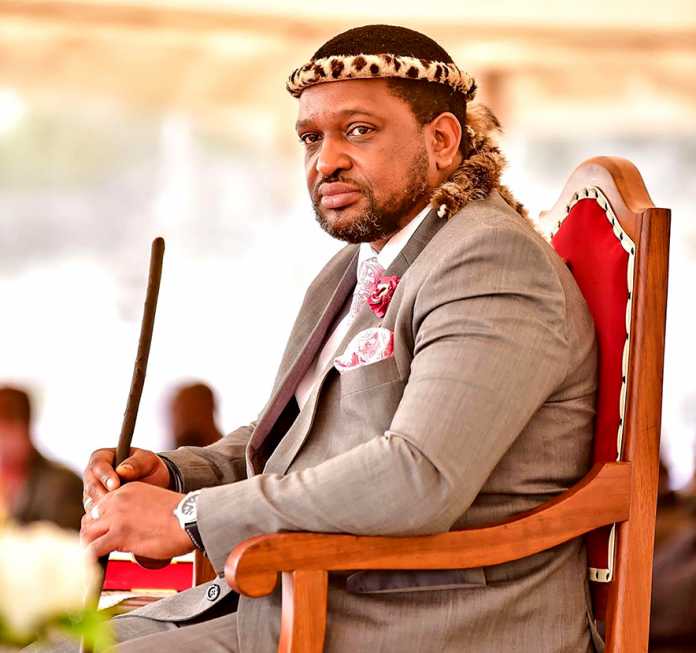 There are strong indications that the inauguration of King Misuzulu kaZwelithini will be held at Moses Mabhida Stadium, Durban, in mid-August. The Sun reported on a source inside the Zulu Royal Household on Sunday as King Zwelithini kaBhekuzulu's valley was erected at the Khangelamankengane Palace, Nongoma that the King could be anointed in the second week of August.

The source said that although no final decision had been made, as negotiations were still ongoing, it was confirmed that the event could be held at Moses Mabhida. It will be recalled that the King had earlier issued an order to postpone the event after heavy rains in April, which claimed many lives. Much damage was done to Durban and its suburbs. Yesterday at a gala ceremony, preceded by a march on Saturday, troops marched out to sing KwaZulu hymns.

At about two o'clock in the afternoon, the King led the troops into the kraal for worship and prayer. Speaking to the media, the Premier of Zululand, Inkosi Mangosuthu Buthelezi, said the king was in contact with President Cyril Ramaphosa about the date, place and other details of his inauguration. He said although the plans were ongoing, there were still internal family issues being resolved, he would not be able to disclose them. He criticized King Zwelithini's brother (Mdlokombana), Prince Mbonisi, saying he was misleading the country by saying that a river had been formed.

I was shocked that they also claimed that some of the King's (Mdlokombana) weapons were given to the chief, which I had never heard of. Weapons are handed over to the incumbent, in the case of King Misuzulu. "We do not know what they are talking about," he said. He said before the King's inauguration, there were many things that needed to be done, including reuniting the family.

He said he had also spoken to President Ramaphosa, informing him that they were still making arrangements with the King, the family and King Mswati, the King's uncle, before his inauguration.

He said the king had suggested he could announce the date, but said he could not do so because of some of the things that needed to be done before he could be anointed. "There is no need to rush to give the King a royal certificate because he is already in office," said Inkosi Buthelezi. Sokwazi Otty Nxumalo, chairperson of the committee responsible for organizing the king's inauguration, said indications were that the king would be appointed in August, but a date had not been set. He called on the people to wait for the Zulu King, who will announce it soon. The King speaks to the troops, thanking all those who succeeded in attending, even though they were imperfect because of family problems. Of the five mothers who married their father, four could not be seen, only the Royal Palace