Just in: EFF confirm they WILL NOT form coalitions with the ANC

All things considered, that is placed a spanner in a reasonable few works: EFF authorities have reported that they are presently not glad to work with the ANC in ANY alliance understanding – faulting the decision party for its refusal to acknowledge various key standards. 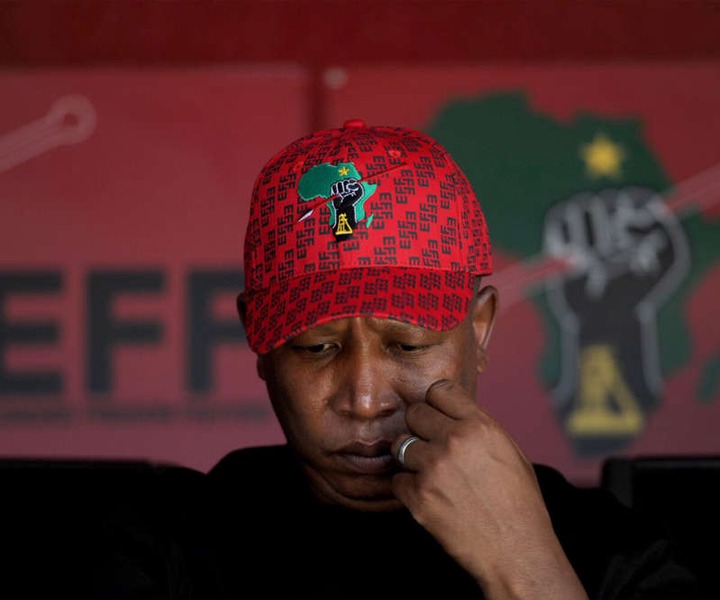 EFF won't shape an alliance with the ANC – however why?

The EFF made plainly anybody needing to work with them in an alliance government should stick to a bunch of non-debatable strategies that the party needs to execute. Nonetheless, the Red Berets – and Julius Malema specifically – were left irritated by the ANC's methodology, and talks have separated between the two associations.

"We held two gatherings with the ANC and didn't set up any agreements on anything, on the grounds that the ANC assignment didn't surrender to any of the arrangements' standards, which we accept should shape the establishment of any cooperation. All things being equal, the ANC needed to race into talking about power-sharing and positions in regions."

Expounding on the party's position, Julius Malema clarified that there was 'a lot vacillating' from the ANC, and he wasn't best satisfied with their endeavors to focus on power-sharing arrangements.

"We made plans to stop alliance conversations and arrangements with the ANC – in light of the fact that they are neglecting to give clear responsibilities and timetables on the main points of contention raised as a reason for dealings."

"The EFF won't decide in favor of and won't uphold any competitor set forward by the ANC in all Municipalities for all positions including places of Speakers, Chief Whips and Mayors."

Who WILL the EFF work with, then, at that point?

Somewhere else, Juju clarified that there'd been some blended results after the party attempted to shape alliance concurrences with different gatherings. Malema hasn't totally abandoned charming Herman Mashaba, and it would likewise create the impression that the EFF has attached up a few significant concurrences with potential alliance accomplices in a small bunch of regions.

Malema says the EFF *might* still track down a concurrence with ActionSA – however, it's as yet far off.

Notwithstanding, the party WILL work with the IFP 'in many draped regions across KZN'.

In Maluti-A-Phofung (Free State), MAP-16 has consented to shape a democratic coalition with the Red Berets.

Just in: EFF confirm they WILL NOT form coalitions with the ANC (msn.com)