Another blow| people are not happy about Cyril Ramaphosa, see details 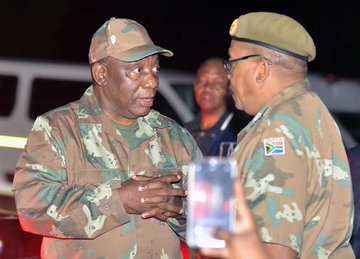 One of the people in the social media has shared a heartfelt message about how they have been treated badly by the soldiers under the leadership of Ramaphosa, and under Zuma, they were not treated badly like this which makes him remember how the former president was good to them.

Soldiers were deployed last year when t by the president introduced lockdown to this country and after that, they were soldiers in the streets of this country, where some people were abused by these soldiers while others were killed by them which started to cause some huge concern across the country. 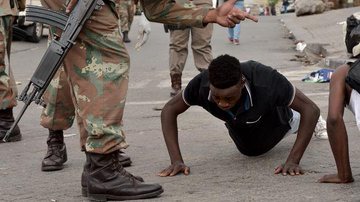 Many people were unable to leave safely in their household because some of these soldiers will harass them when they are going to the shop to buy cool drinks, and many people were left angry about the behavior of this soldier who is abusing innocent people in this country.

The current political situation in the Anc is also one of the nightmares that any South African don't want to wake up hearing that the party has lost the elections, and this day this issue looks more possible than anyone could think of as factions and corruption hit the party hard.

Will Ramaphosa continue to serve on the second term because many voters are turning their backs on him as they call for him to resign in the office of the presidency and how will he respond, because it might take him a while before he can take this decision of resignation.