The Mandela Effect; Fake Memories of the Death of Nelson Mandela

By CallanWilliamson (self media writer) | 23 days ago

The Mandela Effect is when a large group of people remember something differently or have totally fake memories of an event. Sometimes they believe that something happened when it really did not. Let’s look at where this phenomenon comes from and some examples of it in our modern popular culture.

Paranormal consultant Fiona Broome from the United States once documented how she vividly remembered former South African president Nelson Mandela dying in prison in the 1980s. We know, however, that Nelson Mandela did not die in the 80s as he became the first democratically elected president of South Africa in 1994 and died at a ripe old age in 2013.

Broome could remember details of the death of Mandela being broadcast on TV and even a speech given by Winnie Mandela, Nelson Mandela’s “widow”.

It would’ve been an isolated incident and probably unremarkable, except for the fact that she wasn’t the only one who could remember these details. Multitudes of Americans in the same area recall similar details; that nelson Mandela had died in prison in South Africa almost a decade before he became the president of the New South Africa.

Thus, the concept of the Mandela Effect was born. 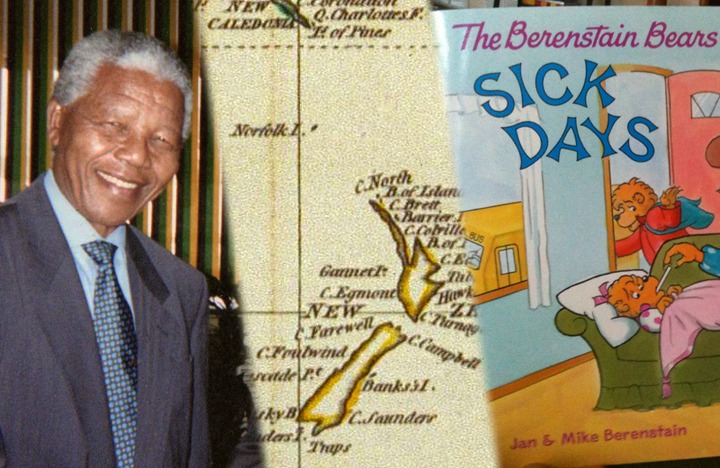 The Mandela effect is essentially a collection of false memories, a mass hallucination if you will. Despite the memories being false, it’s something that has occurred time and time again in different times and in different populations.

A tinfoil hat theory claims that the Mandela Effect is proof of alternative or multiple universes and the false memories are merely the side effect of the universes colliding and overlapping.

Fortunately, doctors and scientists have a much more probable explanation as to why these collective memories, however vivid, are false.

The first of the explanations is that of confabulation. This can be compared to “honest lying”, a paradox but explained by when a person creates what is essentially a false memory, not to deceive anyone, but to fill gaps in their own memory. The examples of the Mandela Effect that we’ll look at later in this article are often really close to what happened and so researchers believe that people, large groups of them, use confabulation to remember what they think is likely to have occurred.

Another reason why the Mandela Effect may occur is simply false memories, where a person’s recollection of an event is simply not accurate. This happens a lot in crime scene investigations where different witnesses remember the same thing differently, such as what colour shirt a person was wearing or how tall they were. Everyone’s view on their present reality is different and so naturally we may remember things differently, as they appeared to us at the time. You can test this yourself when relaying a story amongst friends. While you remember an incident one way, your friend who was also there will most likely remember it slightly differently. In heavily publicized events, the variations can be great, creating factions of people who remember the same incident completely differently.

Some examples of the Mandela Effect are simple, and you might remember them one way or the other. The first one that stood out to me is about a family of cartoon bears in books and on television; The Berenstain Bears.

Personally, I do remember The Berenstein Bears. I was an avid reader in my youth and clearly remember them named as such but apparently, my memory is faulty because if you go into any bookshop today, you will see they are indeed The Berenstain Bears. Another one from our childhood, Looney Tunes. Some people remember it being “Looney Toons”, although not me as I recall wondering why it was “Tunes”, instead of “Toons” as the latter made more sense. My personal favourite is from the movie Star Wars: The Empire Strikes Back. I have heard the line, “Luke, I am your father” quoted so many times in popular culture that even as a Star Wars fan, I thought it was correct. However, lo and behold, in the film, the line is simply, “I am your father”. Nowhere does Darth Vader refer to his son by name. 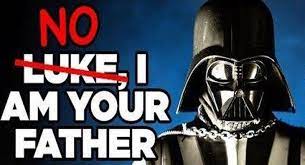 These are just a few, more common examples of the Mandela Effect but if you start digging, you will find many more examples. Hundreds, if not thousands of things that people remember as having been different at some point in time.

This Mandela Effect is not really an effect at all, but simply a case of misremembering. One way to look at it is to compare it to the game of broken telephone where a word or phrase is whispered into the first player's ear and as the phrase passes along a chain of players, it changes ever so slightly with each player, finally being blurted out at the end of the chain completely different to what it was when it was first uttered.

At the end of it, we must agree that the Mandela Effect is a strange phenomenon that occurs in people. Stranger still, is that it only seems to have surfaced with the death of Nelson Mandela in 2013 when a group of Americans in a certain geographical area remembered him as already having died in the 80s. Maybe those particular people were fed some news that wasn't true, for whatever reason. We most likely will never know the truth and I think that’s the real conspiracy.

Content created and supplied by: CallanWilliamson (via Opera News )