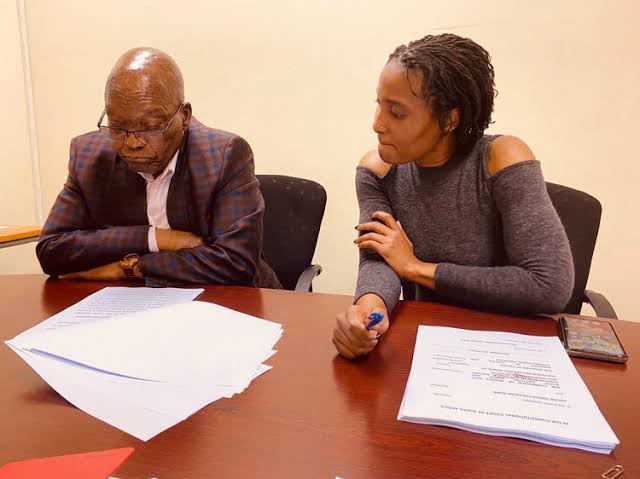 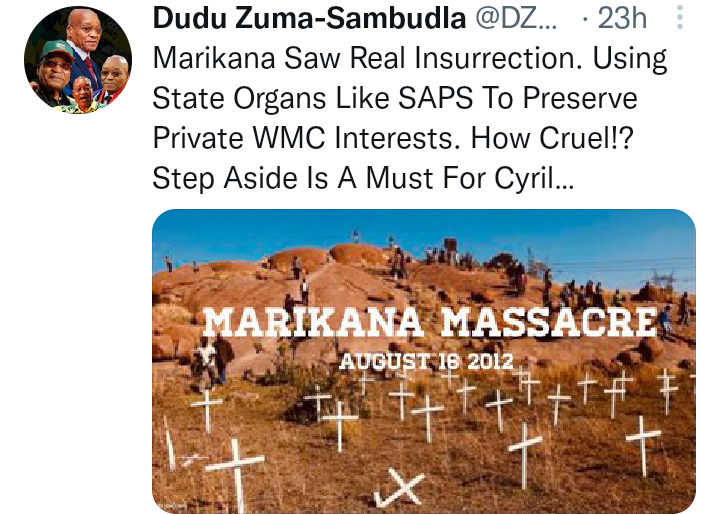 "Marikana Saw Real Insurrection. Using State Organs Like SAPS To Preserve Private WMC Interests. How Cruel!?Step Aside Is A Must For Cyril…" - Wrote Duduzile Zuma.

However, other people on Twitter were quick to make comments on Duduzile's post criticizing what she said, most people were quick to point out that during the Marikana Massacre her father Jacob Zuma was the South African President and he is the one who failed the people of Marikana...

"Your father was the president, he failed the people of Marikana."

"Daddy was the president

Daddy is the 1 who hired police comm

Daddy then rewarded him by making him our Deputy"

"daddy was president then or have you forgotten"

"Leave Cyril alone, your father was the president at the time. He is the one responsible for that massacre"

"Who was the state president when this Marikana thing happened? Sometimes we are lead by weak leaders."

"350 people died during the Jacob Zuma inspired violence and looting spree, that is 10 times Marikana, my girl!"

Face 2 Face: Careful what you ask for, main lady dumped on TV after thinking guy would beg her