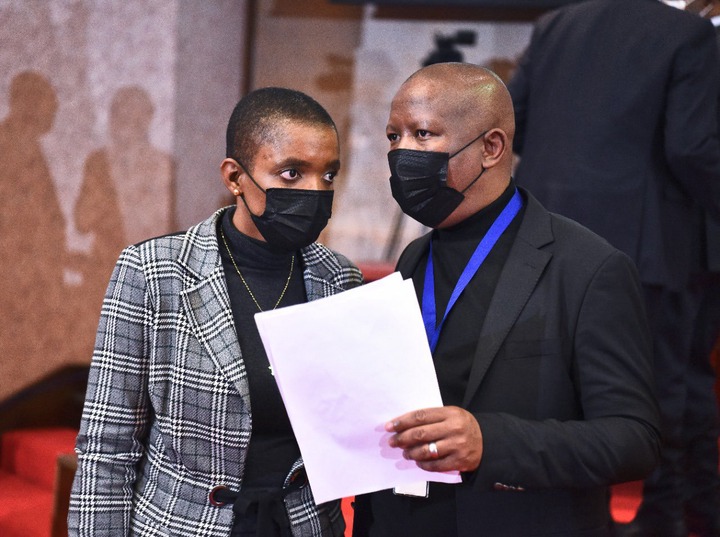 The leader of the Economic Freedom fighters Julius Malema shared a picture of himself standing next to the well-known Zimbabwean born Entrepreneur and Philanthropist Barbara Rwodzi. And upon sharing the picture: Julius Malema then went on to assert that she deserves to be the President.

However, the leader of the Economic Freedom fighters didn't specifically state where does Barbara Rwodzi deserves to be the President. It must be remembered that Barbara Rwodzi was also a member of the Pan African Parliament. In the very same tweet, Julius Malema went on to encourage Barbara Rwodzi not to let the members of ZANU-PF to speak down on her.

Those people who have been following the proceedings at the Pan African Parliament will readily recall that Julius Malema and Barbara Rwodzi seemed to be having a good working relationship when it came to dealing with African politics. And issues pertaining to the African continent. As already pointed out above, Julius Malema merely stated that Barbara Rwodzi deserves to be the President.

"She deserves to be the president and replace that former self. I know @BarbaraRwodzi

, you are strong & very passionate about our continent. Don't all the Zanupf Misogynists speak down on you & make you feel like you are insignificant; you are better than mediocrity in that space" 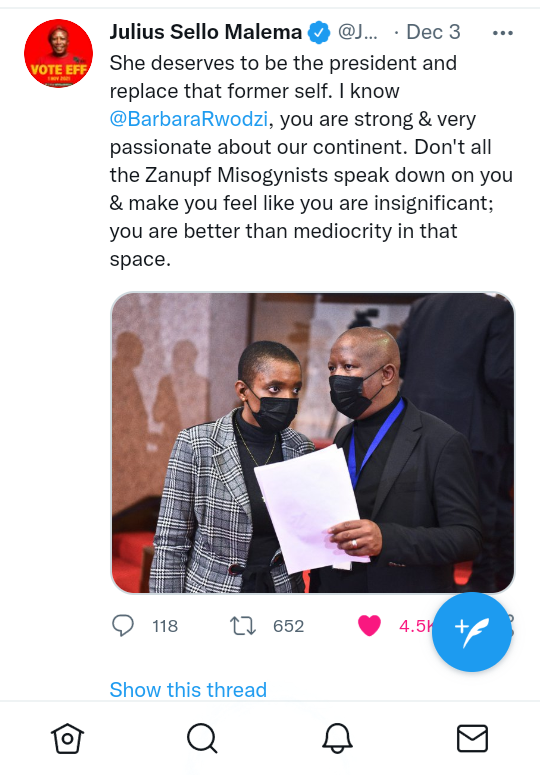 Top 10 Most Expensive Champagnes In The World

Top 10 Most Expensive Books Ever Sold

RIP, Zimbabwe mourns as a prominent leader of a certain organisation took a bow