Fikile Mbalula lands himself in trouble over a tweet

By Mzansicelebritynews (self meida writer) | 1 months 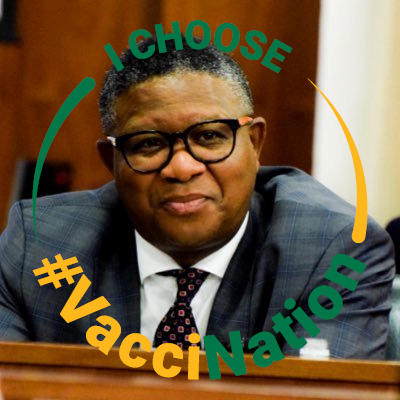 MINISTER of transport, Fikile Mbalula has been trending the whole day on Sunday following the remarks he made on Twitter regarding public protector, Busisiwe Mkhwebane.

Mkhwebane is facing impeachment and a vote of no confidence at the parliament as the DA has lodged an application for her impeachment.

ANC General secretary, Ace Magashule has called for ANC members in parliament not to vote with DA in impeachment of Mkhwebane. This has caused a division in the ANC as Mbalula contradicts what is said by Magashule.

Mbalula took to Twitter and wrote the most shocking statement ever criticising Mkhwebane. This has caused lot of commotion on Twitter and people even criticized him for being a hypocrite.

This is what he tweeted:

Mkhwebana is a hired gun not the public protector. 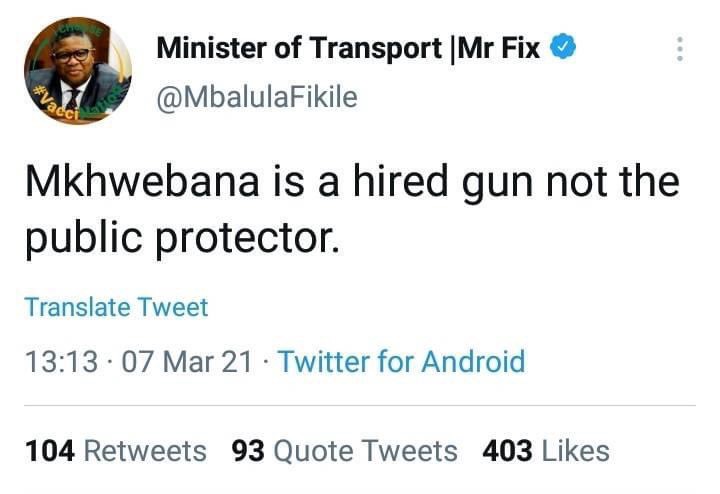 Tweeps quickly brought back his old screenshots which showed him saying that voting for an impeachment with an opposition party is a political suicide. However, now he's changing that and says it is good to vote with the opposition parties. 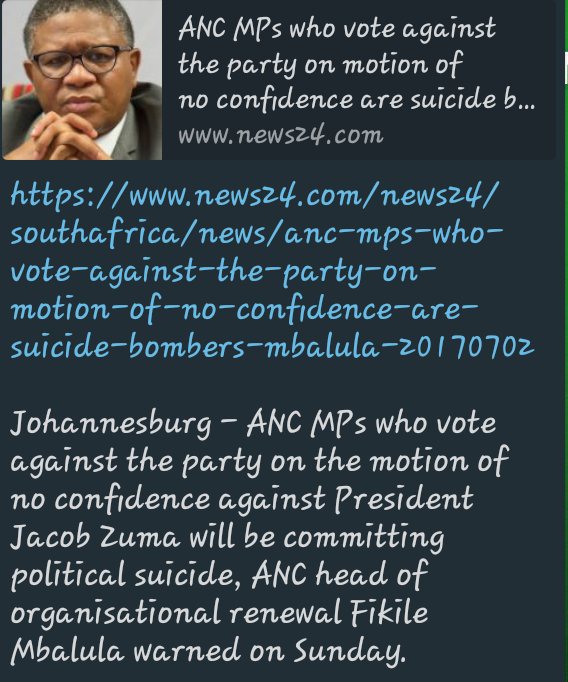 Tweeps shared their thoughts on Mbalula as they criticized him.

Fikile Mbalula is singing for his supper now, He need to be careful if He really wanna enjoy his supper for a long time. Public Protector Busisiwe Mkhwebane's mistake is to go after WMC puppets Cyril Ramaphosa & Prime Minister Pravin Jamnadas Gordhan.

Fikile Mbalula is that guy that has already overstayed his welcome but is busy finishing the food efrijini. Nobody wants him here but he’s the only one who doesn’t see it

Who is The Better Leader Between Mugabe and ED ? - OPINION