Molefe recently disclosed to Zondo that the Glencore-possessed OCM sold shares to Ramaphosa – a methodology to get him arrange a greater cost in its CSA with Eskom. 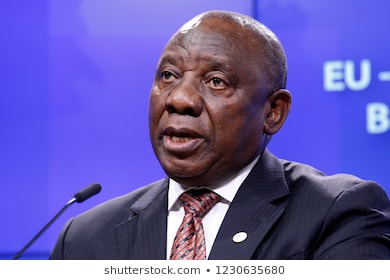 Quiet, certain, with minutes to smile and laugh, previous Eskom manager Brian Molefe yesterday got back to the Commission of Inquiry into State Capture, where he kept on taking swipes at

Mine (OCM) – contracted to supply coal to the force utility.

Affirming before Deputy Chief Justice Raymond Zondo, Molefe emphasized that Ramaphosa's political clout in the ANC was utilized by OCM as influence in its dealings with Eskom, which included

Weapons blasting, Molefe disliked commission proof pioneer advocate Pule Seleka, for not referencing claims he made during his prior declaration about Ramaphosa's job – apparently dismissing charges he made during a recap.

"I trust that it isn't being hidden where no one will think to look," said Molefe, who was consoled by Zondo that each declaration made by witnesses was recorded.

to get him arrange a more exorbitant cost in its CSA with Eskom.

Ramaphosa, who was OCM seat until he became appointee president in May 2014, was in charge of the organization when OCM provided coal to Eskom's Hendrina power station – valued from R142 to R442 per ton.

As far as OCM shareholding, Glencore-possessed Purito BV had 67.58% offers and Ramaphosa's

Eskom, notwithstanding the force utility encountering its own difficulties.

Police give an "expected" update on the state capture burglary

Cyril's 'Friend' To Challenge Him For ANC Presidency?

Meet 7 African Presidents And Ex PresidentsThat Have Been To Jail

ANC official expose the dirty Business of the organisation CHECK

Zuma said he is not afraid of going to jail

Very Difficult To Believe, Jacob Zuma's Lawyers Show "Bravery" As They Leave Him Out To Dry.

Things are looking terribly bad for the president.