After the ANC Youth League in Mpumalanga kicked off the conference in great spirits by singing and dancing along to the chorus of "Wenzeni uZuma," Tony Yengeni contended that the song had become a national anthem at the party's conferences. 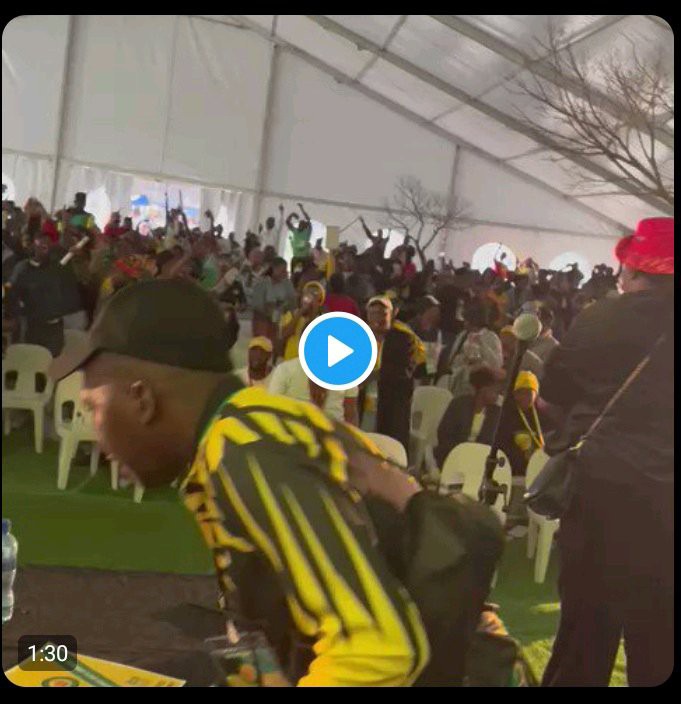 Yengeni made this statement because it was widely believed that only Kwa-Zulu Natal comrades sang Wenzeni uZuma at their gatherings. However, videos from the Youth League conference in Mpumalanga disproved this belief.

RET members have previously remarked that Wenzeni uZuma is more than just a song; it has significant ideological significance to them that the general public can never fully grasp. A few delegates may view this music as pleasant but ultimately unremarkable.

"People want to win elections using Zuma's name...after winning they will not sing the tune since they would be obtaining government resources through tenders and nepotistic appointments," opponents added.

However, the ANC is dangerously close to being deposed, and 2024 will be a watershed year for them. Their detractors claim that they will be doomed to failure in 2024 regardless of how many times they chant "Wenzeni uZuma." There is a lot of discord between the RET and the CR factions inside ANC, and as a result, the party is supposedly at its lowest point.

If Mpumalanga province, which also has a large delegation, joins the RET, comrades say it won't be hard to oust President Cyril Ramaphosa from office at the ANC December conference." False commentators have made the baseless claim that Jacob Zuma's power is limited to the province of KwaZulu Natal.

It appears that members of the ANC in Mpumalanga are asking Wenzen' u Zuma, the same question that was posed by some ANC members in Gauteng. The rate of change is increasing, as we warned you, "I heard that...