Duduzane Owns A 12.5% Stake In This Company That's Worth Billions

By ZIPPSTAR (self media writer) | 10 days ago

As everyone probably knows by now, Duduzane Zuma doesn't serve the looks only but he also happens to be on2of the most successful individuals we have in the country. According to several reports and publications, he's estimated to be worth over billions of Rands. 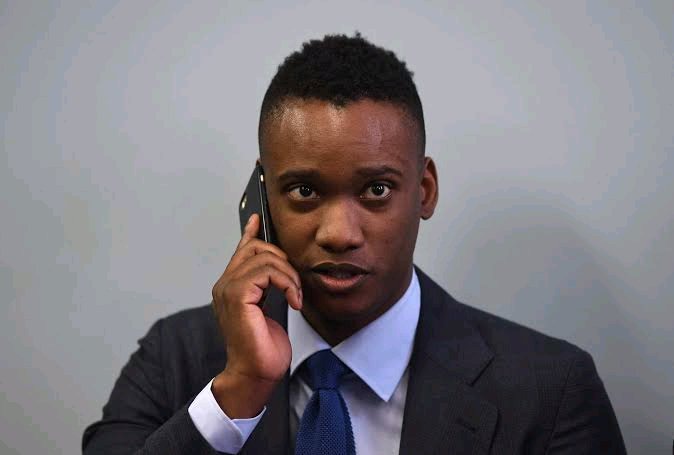 Now it's understandable that a lot of people would associate his success due to his father once being President and giving him all the necessary connections to accumulate that amount of money in such a short amount of space but that's far from the truth, he worked his way from ground zero all the way up to the top through hardwork, perseverence and never backing down from challenges.

It goes without saying that Mr Duduzane Zuma is an inspiration to many in in this country especially black people, because he truly shows the people that one doesn't have to get old like Rupert in order to be considered or counted as a successful businessman.

YES its true that he's currently in his late 30s but that does matter because he's making huge moves and proving haters wrong on every turn.

Now the 100 thousand trillion rand question, "how did Duduzane Zuma accumulate most of his wealth?"....Well its not an ABC answer but its more related to the fact that he has a lot of diversified investments. 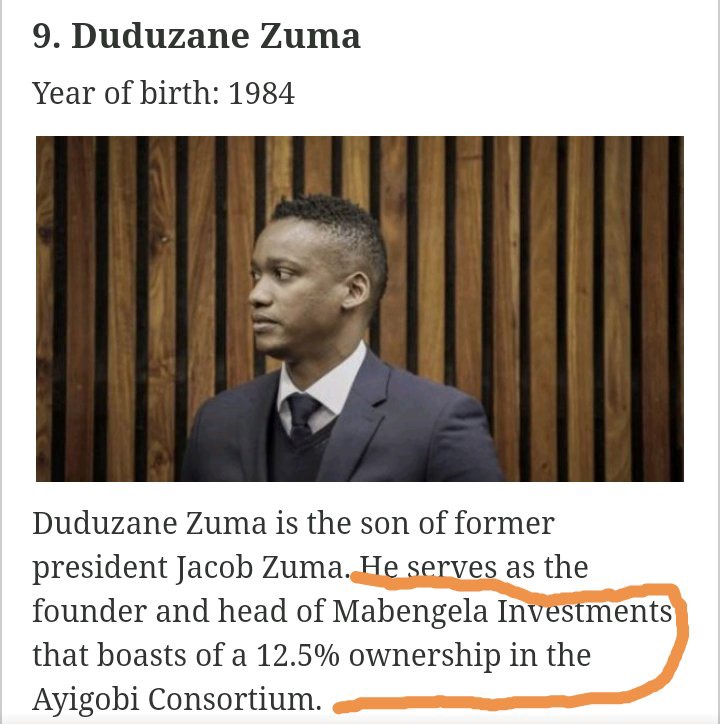 One of those investments includes owning a 12.5% stake in Ayihobi Consortium through his investment company called Mabengela Investments.