By HomeAway (self media writer) | 7 days ago

Speaking to the British Broadcasting Corporation(BBC), the Prime Minister said it was true that police killed civilians but clarified that others were killed by businesspeople for allegedly burning and looting their properties.

“People were protecting their properties and in that process they were shooting back and of course the police also, were shooting. So I am not saying the police didn’t kill anyone but I am saying not everybody who died was killed by the police", he said.

King Mswati stands accused of unleashing the army and the police to shoot and kill dozens of protesting civilians merely for demanding demanding reforms. 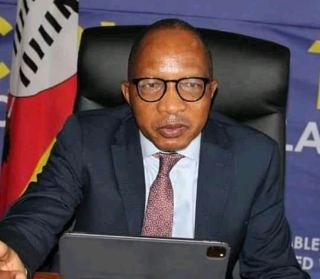 The Human Rights Commission recently released a preliminary report suggesting that forty-six(46) people died during the political unrest, but political parties and the civil society said they have evidence substantiating that over one hundred(100) people were killed and over seventy(70) have been identified.

Having a boring day: view this 35 funny jokes and pictures

Billionaire Elon Musk reveals why he left South Africa when he was 17.

Stuart Baxter and Bongani Zungu are set for reunion