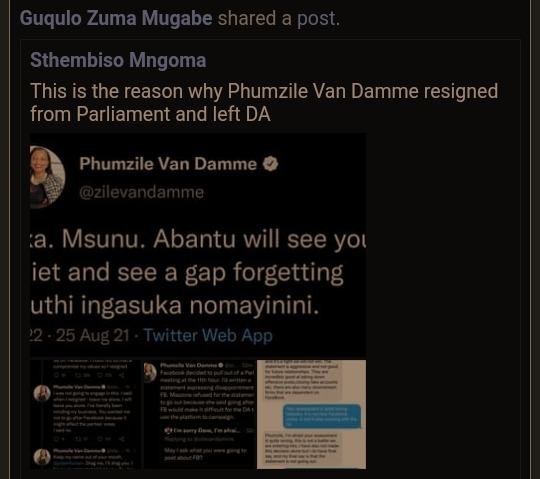 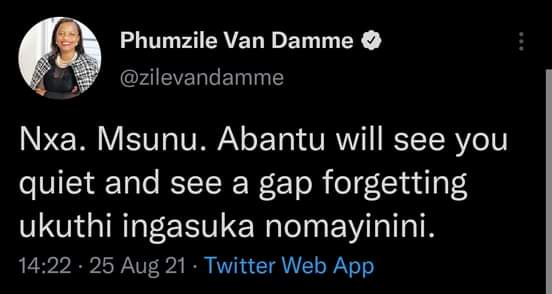 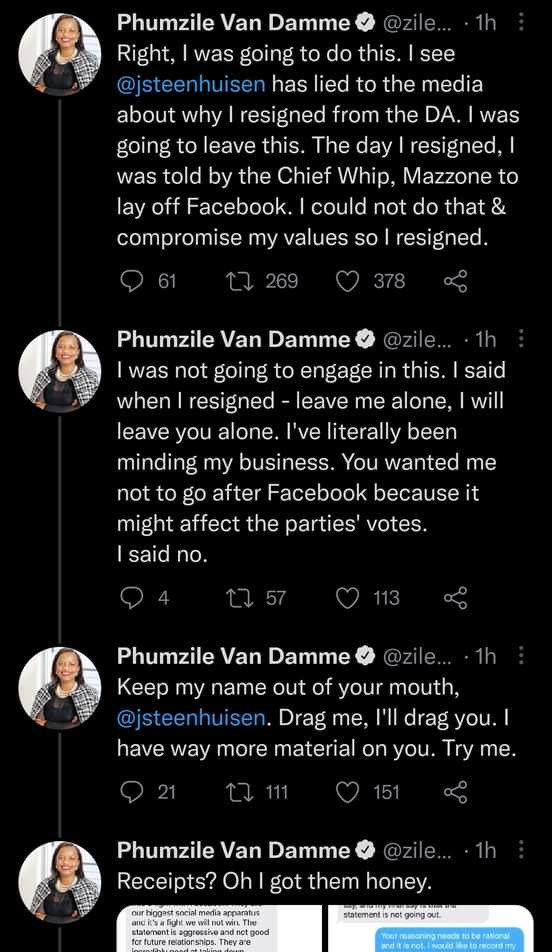 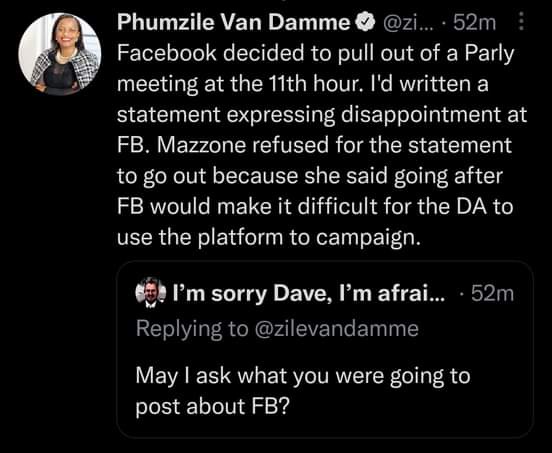 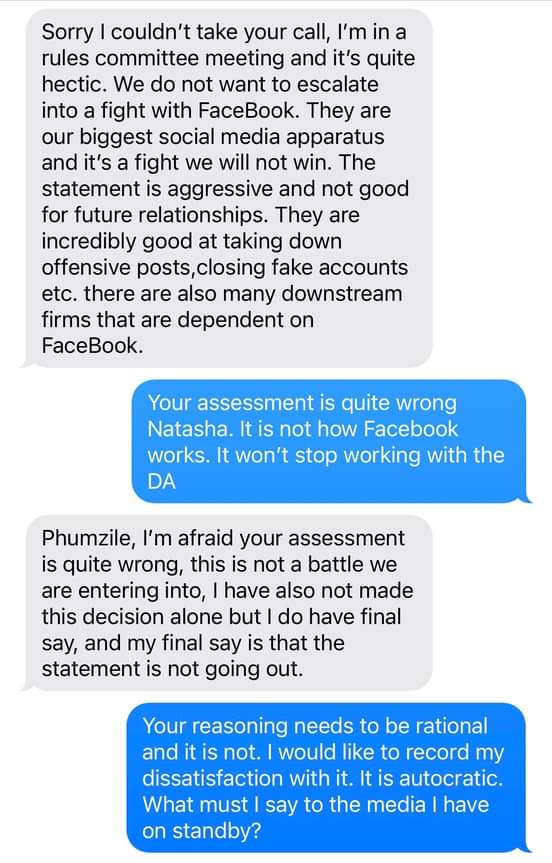 DA leader John Steenhuisen and former DA spokesman Phumzile van Damme disagree on why he resigned as a member of parliament in May.

He claimed this was related to Facebook being told not to track him after he decided to withdraw from the parliamentary meeting at the last minute.

Van Dam resigned as a member of Parliament on May 20 and declared that he had left the party on his own terms. "I left on my own terms and made my own decision.

However, in the face of rumors and the need to create heroes and villains, I resigned my position as MP not because DA is a supposed 'racist party', but because of a group of people, to prevent the good women and men who are still in DA from suffering, I will not go further, "Van Dam said at the time.

News24 previously reported that Van Dam said in her resignation letter that she would not be attracted to any negative effects that DA might have. 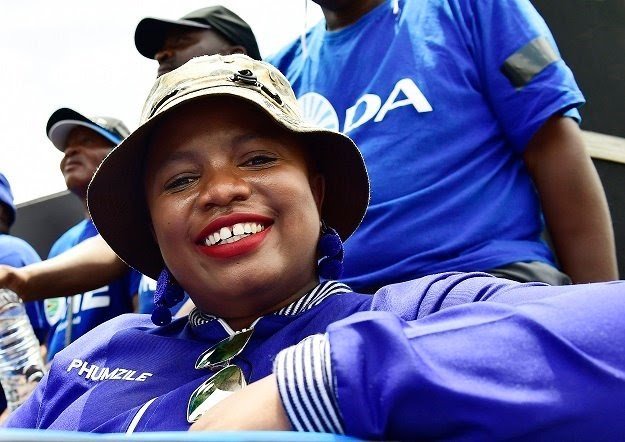 ”My resignation as an MP is not because the DA is a so-called ‘racist party’ but because of a clique of individuals – and in order not to make the good women and men still in the DA suffer, I will not delve further into this,” she explained.

In addition - We shouldn’t be shocked and surprised that Phumzile Van Damme has resigned from the DA. That party has never stood for black interests.

They tried strategically placing black people in order to gain the black vote and their constituency is not happy.