Thabo Mbeki pushes the wrong buttons|he is reminded of what he did with the uneducated Jacob Zuma.

By South_African_Headlines_News (self media writer) | 5 days ago

Thabo Mbeki was the second president of Democratic South Africa and the leader of the African National Congress from June 1999 to September 2004, when the party asked him to resign. He appears to have set off alarm bells among those who follow him on social media. Following his briefing this morning, Mbeki questioned the country's governance, implying that the country's leaders are to blame for the country's current problems, such as the situation at Eskom and the high unemployment rate.

Mbeki's frequency of feedback after households and businesses were left without power for extended periods of time due to increased rolling blackouts Since last week, Eskom has been putting the country through several stages of power outages, with the power provider going to Stage 6 on Sunday, causing South Africans to experience six hours of blackouts every day – sometimes more. 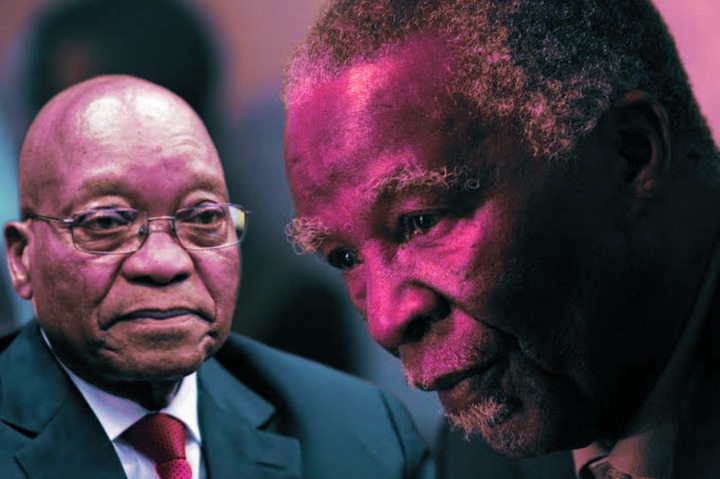 That did not sit well with others online, who stated that he should be cautious about what he says because, while he was not a bad president, he was a contributing factor to the country's current state. According to a guy named Errol, he is responsible for Jacob Zuma's selection as the ANC and South Africa's vice president, and he is accused of doing so while knowing Jacob Zuma was uneducated and had no idea of democracy. 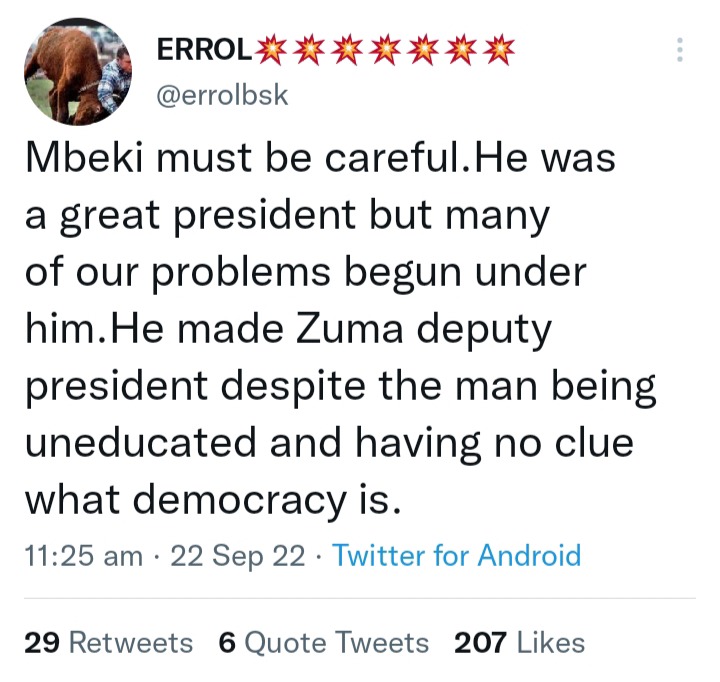 Here are some of the Twitter critics who gave their thoughts on the subject covered above.

• Musa: But you're a serial liar; how can Mbeki appoint Zuma as President while ignoring all the conference delegates who voted for Jacob Zuma as Deputy President? You are motivated by hatred rather than facts; all of the top six officials were democratically elected, with the exception of Zuma, who was chosen by Mbeki.

•Sbusiso: Ramaphosa is educated, but what difference does he make when Zuma has done so much more while uneducated?

•Thinkta: It was Mbeki who pushed for Zuma to be his deputy in the ANC in 1997 to stop Winnie Mandela. He could have canvassed for Ramaphosa even then. But Mbeki never liked Ramaphosa. He felt threatened by him.

Sh0cking: See What A Guy & Friends Did To A Lady Who Refused To Show Up, After She Collected Money.

Electricity blackouts leads a single mother to shutting down her business