Zuma's loyalty praised as he does this for ANC

By Mmapula (self media writer) | 10 days ago 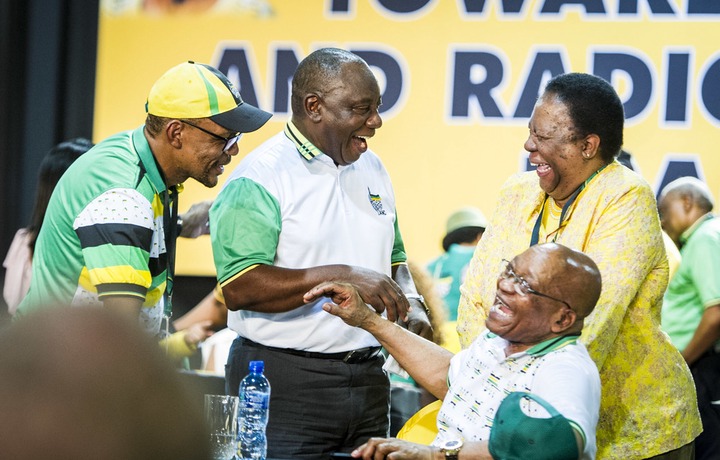 "I want a girlfriend who will be loyal just like Former President Jacob Zuma is to the ANC. That old man has been accused, tried and convicted and also betrayed by the ANC, but I never heard him speak evil of the ANC. I'm not his fan though but his loyalty to the ANC is amazing," this is a sentiment shared by a South African who has joined in as many praise Zuma for what he did for the governing party. Zuma surprised many on Tuesday afternoon when he said this in a video message shared by his foundation. In the message, the former President urges South Africans to vote for the ANC. 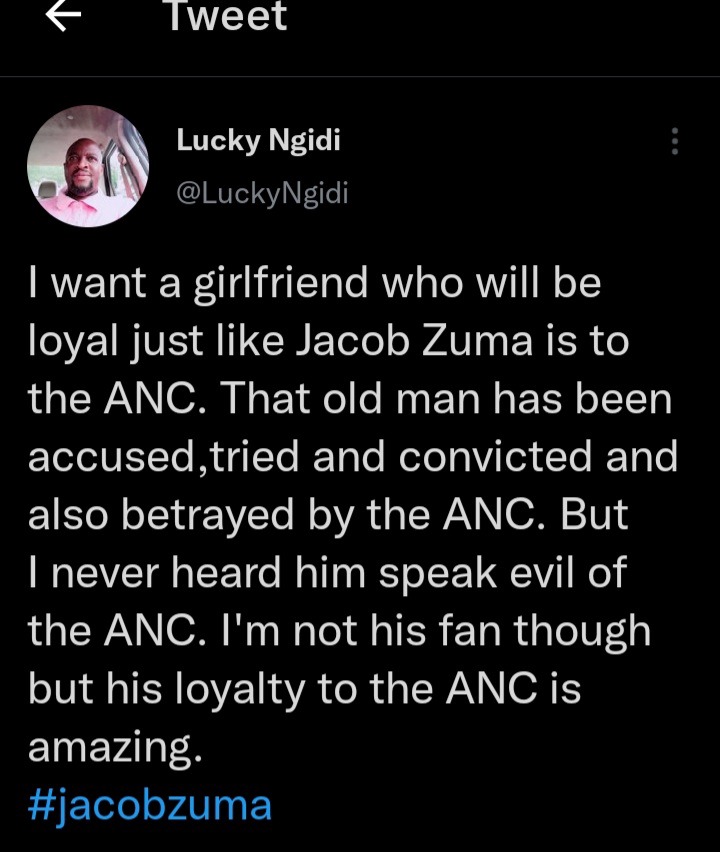 Speaking for the first time since his arrest and subsequent hospitalisation, Zuma who is talking in isiZulu said South Africans should vote for the party that brought freedom into the country.

Although there are individuals in the ANC that he is not pleased with, Zuma remains loyal to the party and that is remarkable. However, EFF Leader, Julius Malema, is not pleased with Zuma's message. Malema says Zuma doesn't know when to stop. According to the angry Malema, Zuma must accept he is a pensioner and stop recording videos, inviting them back into his life. "We have not even commented about his parole," Malema lashed out. It looks like Malema was eying Zuma's supporters in KZN now that Zuma has spoken, he might not win them over. He is just angry because Zuma told the masses to vote for ANC, he thought now that Zuma came from prison, he was going to be bitter and angry at ANC. 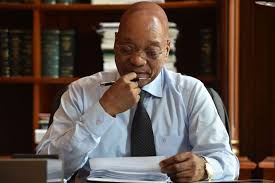 Meanwhile, political analysts say that it is no surprise that Zuma still chooses the ANC. "He is a leader who continues to love the ANC even though there are some in his corner and I think, by and large, he as well feels hard done by the current leadership in the ANC," says Tshidi Madia.