“We Are Sorry Jacob Zuma” SA ‘Apologises’ To Zuma, Wants Him Back as Leader and Ramaphosa OUT

'We were mislead,' says SA, who wants Ramaphosa gone. 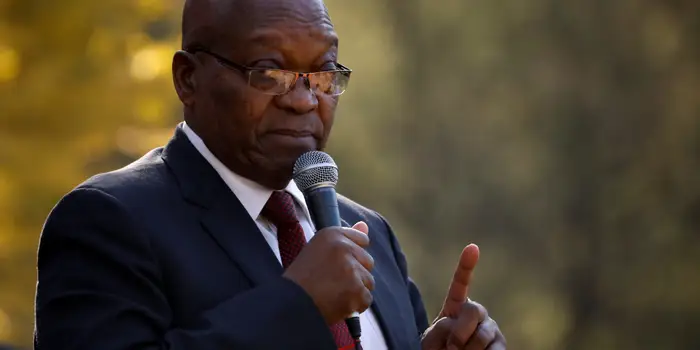 "Appreciate what you have before you miss it when it's gone," one user said, referring to former South African President Jacob Zuma.

Thabo Baloyi 05-07-2022 05:28 in News South Africans have had enough of President Cyril Ramaphosa's so-called "new dawn," according to the Twitter streets. The social networking site has been inundated with remarks from disgruntled residents, some of whom have even expressed regret for criticizing Ramaphosa's predecessor, Jacob Zuma, believe it or not.

Local Twitter users have been expressing their displeasure with the present administration and apologizing to Zuma using the hashtag #SorryJacobZuma, which was at the top of the trending topics list on Monday evening, 4 July 2022.

Depending on who you ask, Ramaphosa has managed to stay in power despite a slew of scandals, including massive COVID-19-related corruption, the Marikana massacre, and, of course, the shady theft of millions of rands on his Phala Phala farm. However, it appears that the revelation of yet another petrol price increase was too much for South Africans to bear, given that they have already had to deal with load shedding, which appears to be getting worse.

Tweeps have got the following to say on the social networking platform.

Former President Jacob Zuma, as we all know, is no choir boy either; he is seen as a pivotal factor in the growth of state capture and has controversies unconnected to his presidency (for example, impregnating a friend's daughter and a contested rape prosecution). However, the recent opinions stated may only demonstrate how disappointed and upset citizens are, with some even demanding for President Cyril Ramaphosa to resign.

While Zuma's controversies have been well chronicled, some of his Twitter fans believe they were fabricated or manipulated by the media. Others appear to be willing to overlook anything. The Jacob Zuma Foundation became aware of the hashtag #SorryJacobZuma and plans to forward the comments to Zuma. 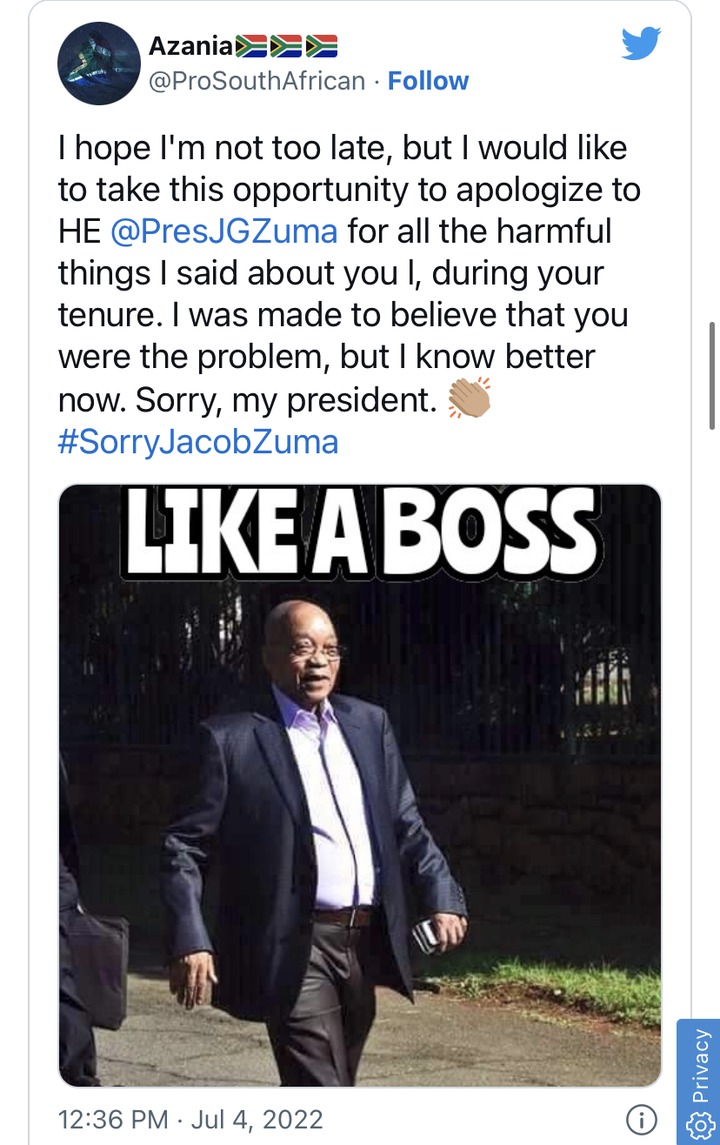 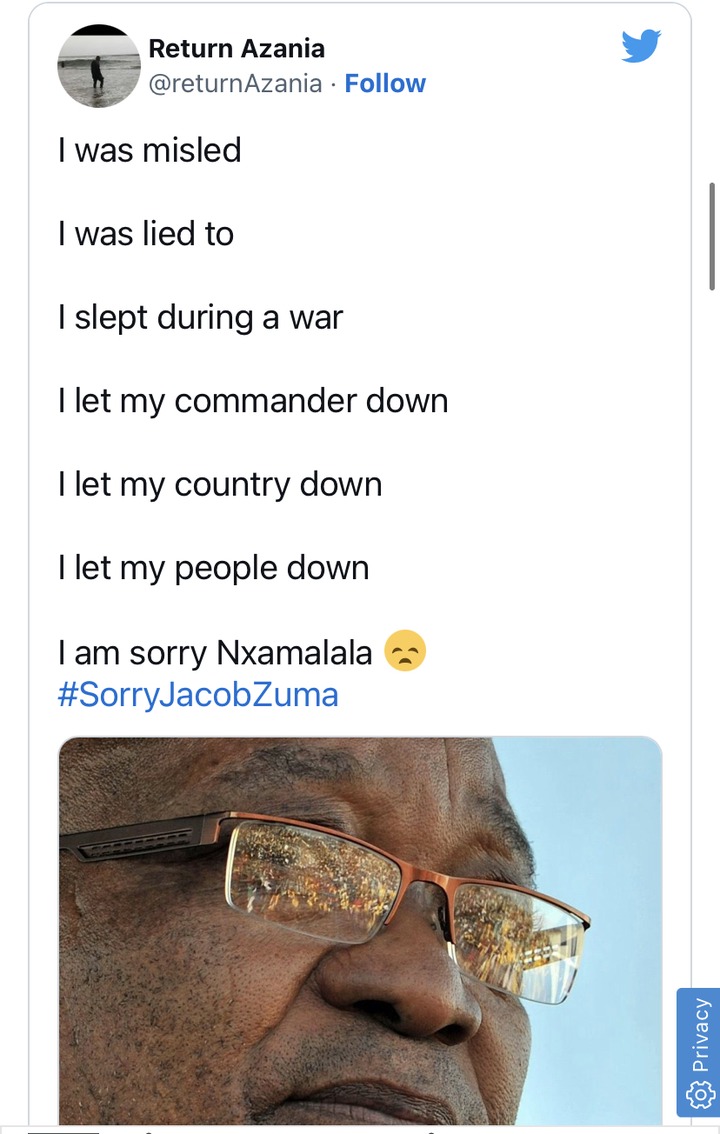 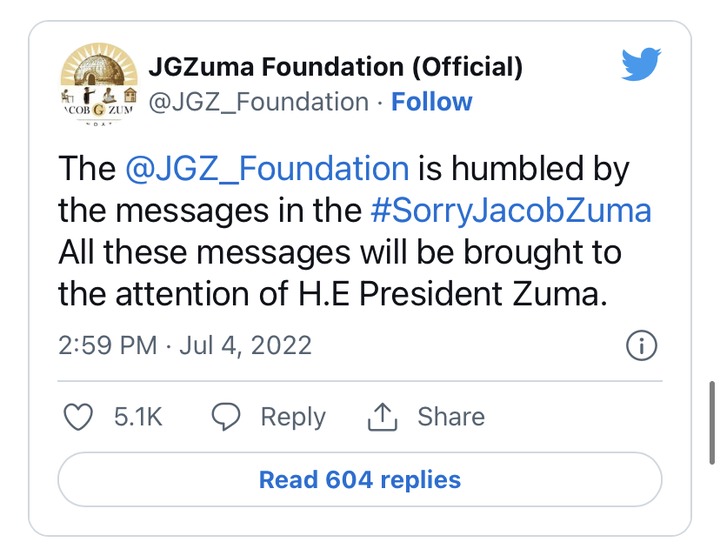 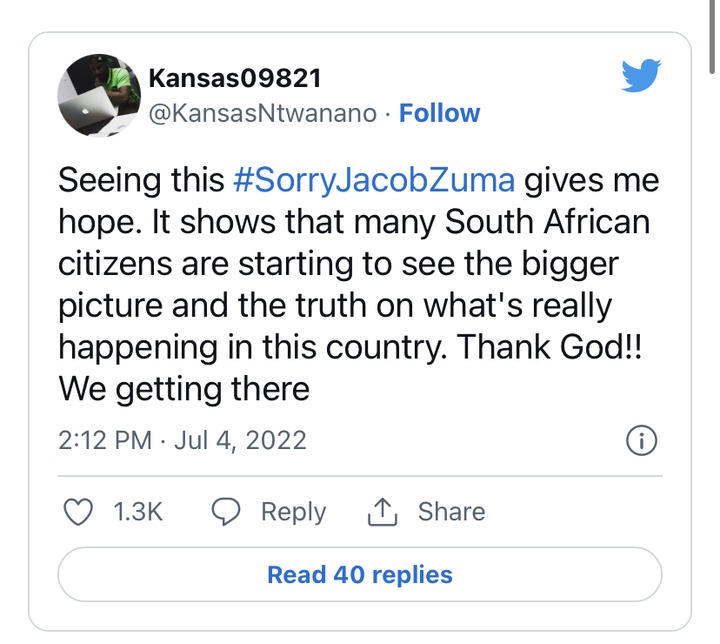 Dloz'lami: Sis Thembi teaches that marriage is NOT an achievement