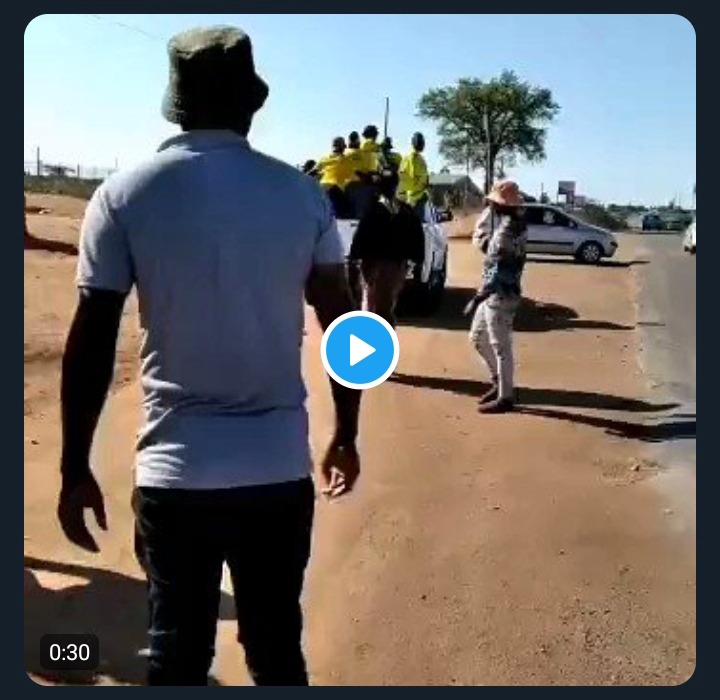 The ANC members were on a campaign trail doing door to door when angry members of the community chased them away wielding sticks and sjamboks.

Members of the African National Congress could be seen in the video rushing into their ANC branded van while others stood still in the van in fear of the community members.

The angry residents them ordered ANC members to leave their community "fast" and never "come back".

This behaviour was however condemned by Mbuyiseni Ndlozi who said such type of hooliganism should have no place in a democratic South Africa.

He adds that if communities are applauded for showing intolerance it becomes frightening that even on election day, they might block the polling stations so that people don't exercise their right to vote for whoever they want.

Mbuyiseni Ndlozi argues that the only acceptable way in a democratic South Africa to get rid of the ANC is to vote them out on the ballot box on the 1st of November.

"I will never celebrate this behaviour; it is undemocratic, intolerant and outright hooliganism. The next step in this hooliganism is violently closing voting stations on voting day! NO! There is only one way to get rid of and chase away the ANC in your communities: Vote them out," said Ndlozi. 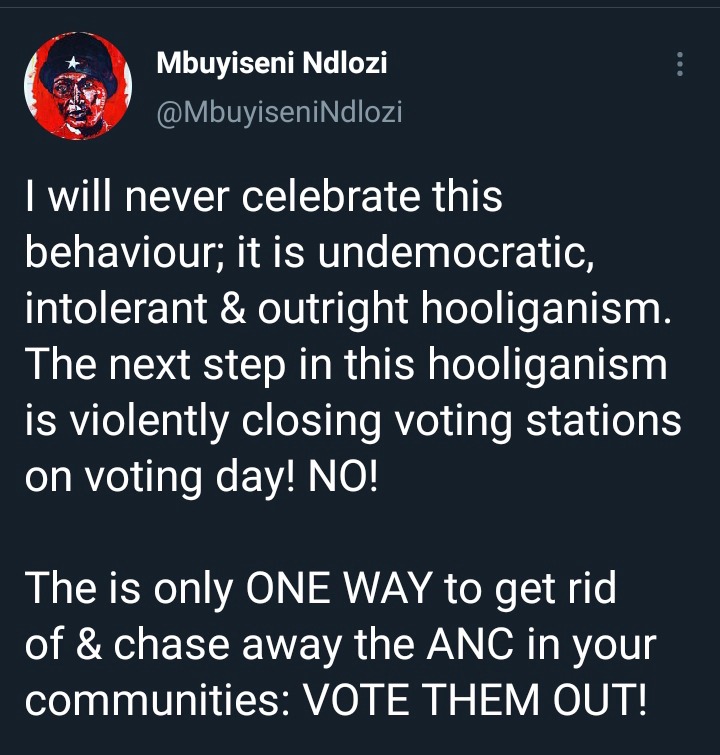 But some critics don't really agree with Mbuyiseni Ndlozi as they argue that communities have tolerated ANC for a long time, making empty promises but never to be seen once they get the votes.

Most communities have been without running water for many years, and ANC leadership has not bothered to address the grievances, only now they are making their way there lure people for votes.

"If it means shutting down voting polls to chase them out, let it be. We're tired," said a community resident.

An old adage has it "desperate situations, need desperate measures" fed up communities are just taking that into perspective. 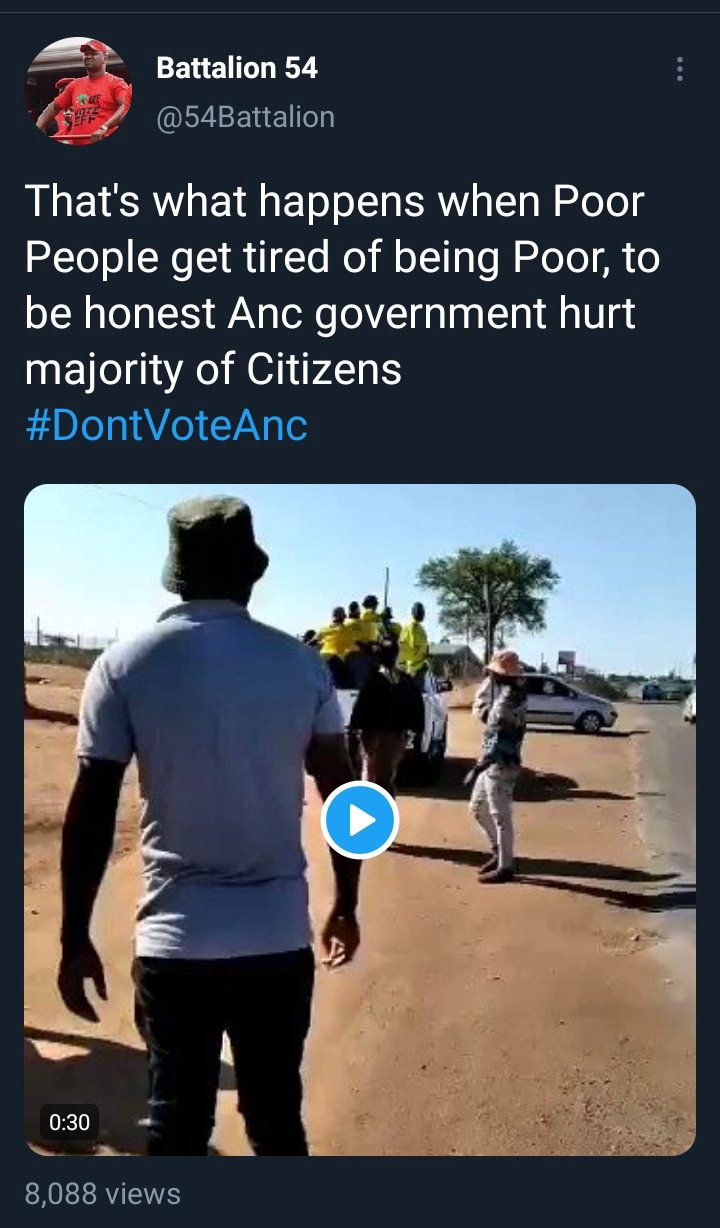