Zuma prone to show up at Zondo Commission in February 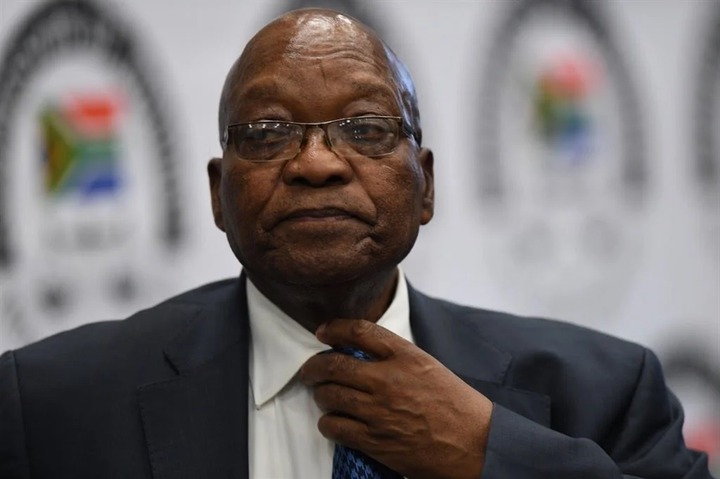 Johannesburg - Former president Jacob Zuma's normal appearance before the Zondo Commission of Inquiry into claims of state catch one month from now could be postponed by at any rate a month to permit the Constitutional Court to lead on the commission's application to drive him to do as such.

Recently, the Zondo Commission moved toward the Constitutional Court on an earnest premise requesting that it power Zuma to document affirmations, and answer to 35 observers who embroiled him in state catch – yet they were barbecued by a portion of the Concourt Justices.

The flame broiling came as backer Tembeka Ngcukaitobi – lawful guidance for the Zondo Commission – was presenting a defense to the Justices to embrace their pressing application.

Backer Ngcukaitobi likewise requested that the Concourt Justices decide that Zuma isn't permitted to practice his entitlement to stay quiet, saying it was in light of a legitimate concern for the citizens to realize what unfolded during his administration.

In any case, things were not going great for Ngcukaitobi as he confronted a flame broiling from one of the Justices, Chris Jafta, who scrutinized the commission's choice for direct admittance to the Concourt. Equity Jafta was of the view that the High Court additionally had comparable forces to run over the commission's application.

At first, it was Justice Mbuyiseli Madlanga who terminated the primary salvo, saying the commission trusted that over eight months will hold up the application however just did as such after an ill-disposed contest with Zuma in November.

Equity Madlanga likewise reminded Ngcukaitobi that Deputy Chief Justice Raymond Zondo, who heads the commission, was engaged with coercive forces to give summons against Zuma however the commission neglected to do so when Zuma was not co-working with the commission.

In his answer to Justice Jafta, Ngcukaitobi said the lawful cycle in the High Court was probably going to delay for over a year, and the life expectancy of the commission reaches a conclusion on March 31, 2021.

"It was thus that we moved toward the court of the first and last occasion. The explanation we moved toward the Constitutional Court is that when Mr Zuma made his first application for the recusal of Deputy Chief Justice (Raymond Zondo) on November 16, his lawful portrayal disclosed to Justice Zondo that on the off chance that he leads against them, Mr Zuma will practice his entitlement to stay quiet."

After Justice Zondo governed against his application, his legitimate delegate said they were pardoning themselves from the procedures. "Mr Zuma left the commission without the consent of Justice Zondo," Ngcukaitobi said. He added that a couple of days after the leave, Zuma's "modify conscience" – the Jacob Zuma Foundation – gave an assertion saying Zuma would not re-visitation of the "controlled and one-sided measure".

In response to Justice Madlanga, Ngcukaitobi accused the eight-months delay for Zuma saying his lawful delegate guaranteed in January this year that Zuma was wiped out and due to get clinical consideration abroad. He said Zuma's attorneys at first composed a commission a letter saying he would go through clinical treatment on January 6 until 9.

"Later on they composed 105 pages of a letter to the commission as he would get clinical treatment until the finish of March abroad.

"In March, there was a lockdown. The commission couldn't sit to hear proof. It was uniquely in June that it figured out how to continue. Mr Zuma was again presented with a notification to show up in July however he disregarded it, It was uniquely in November that he documented papers for the recusal of Justice Zondo," Ngcukaitobi said.

Zuma and his lawful delegate were absent as they kept in touch with the Concourt on December 14 saying they would pass on the procedures.