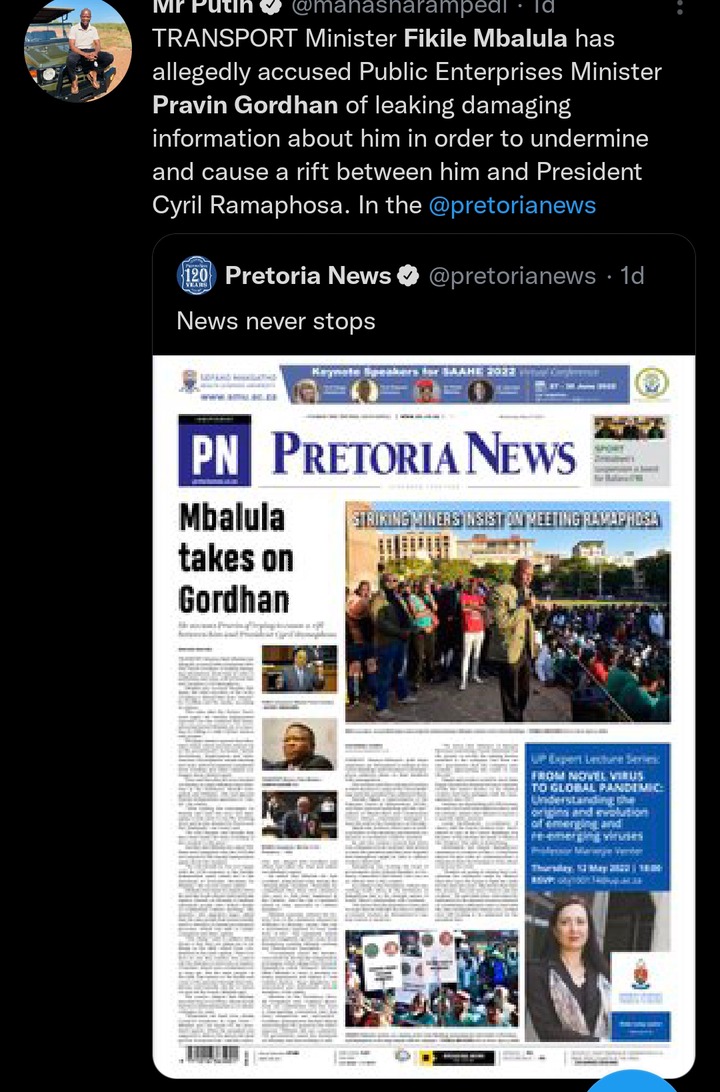 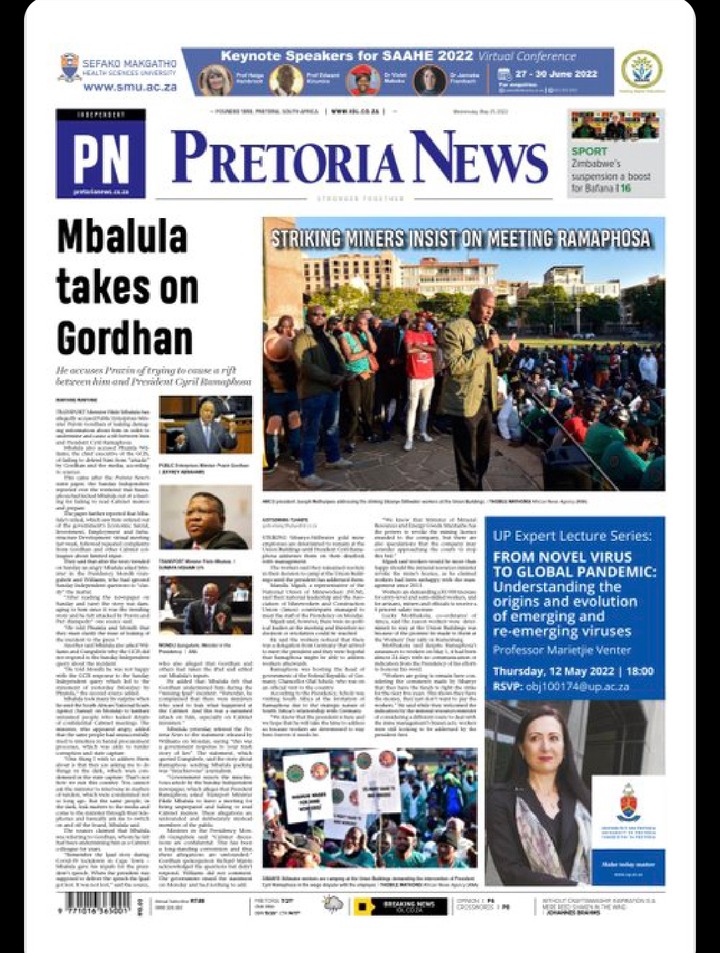 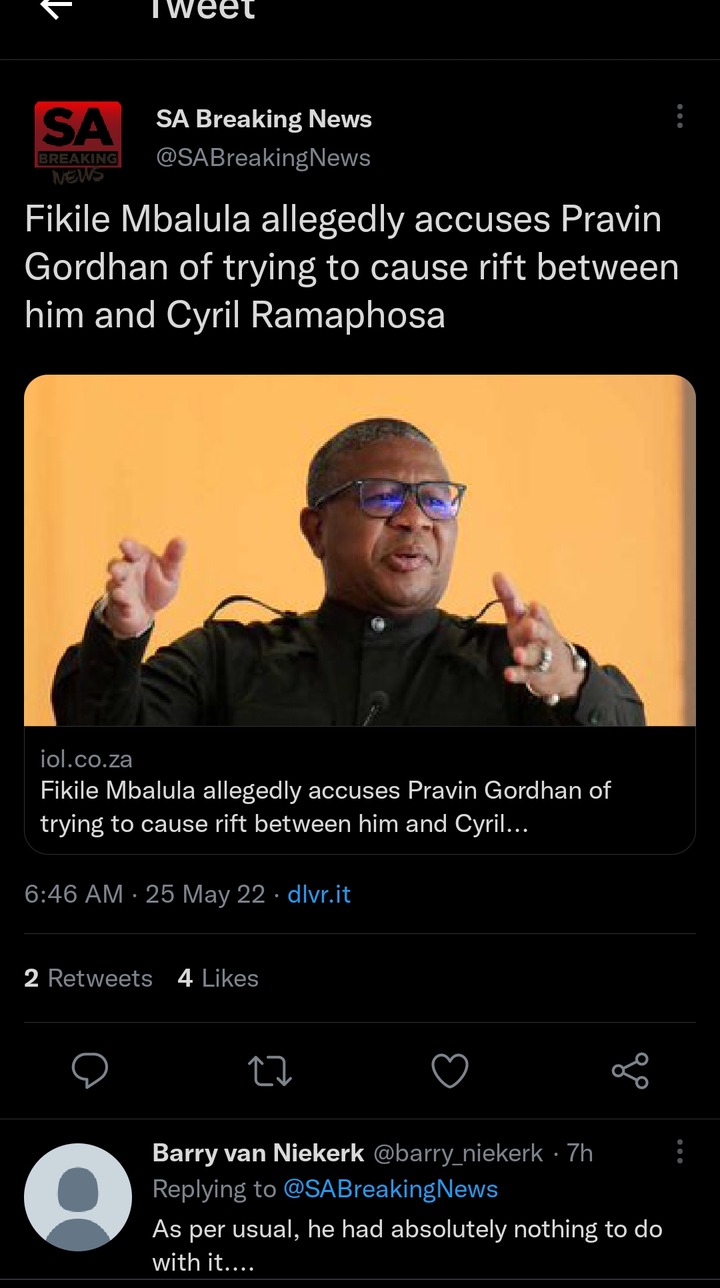 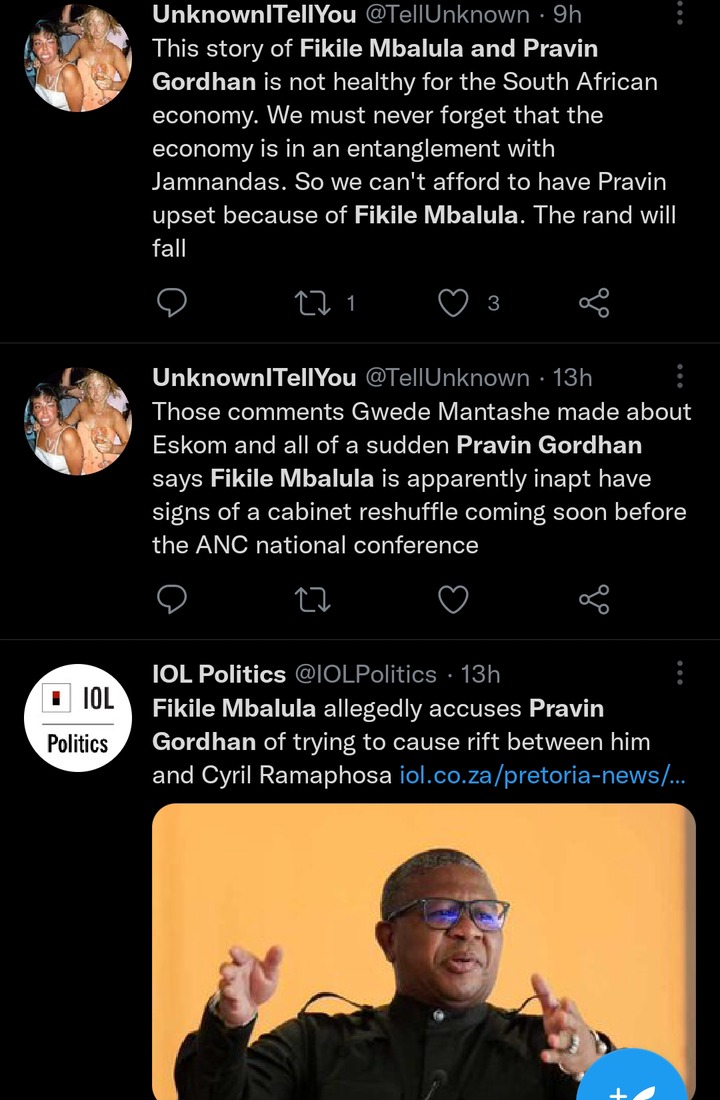 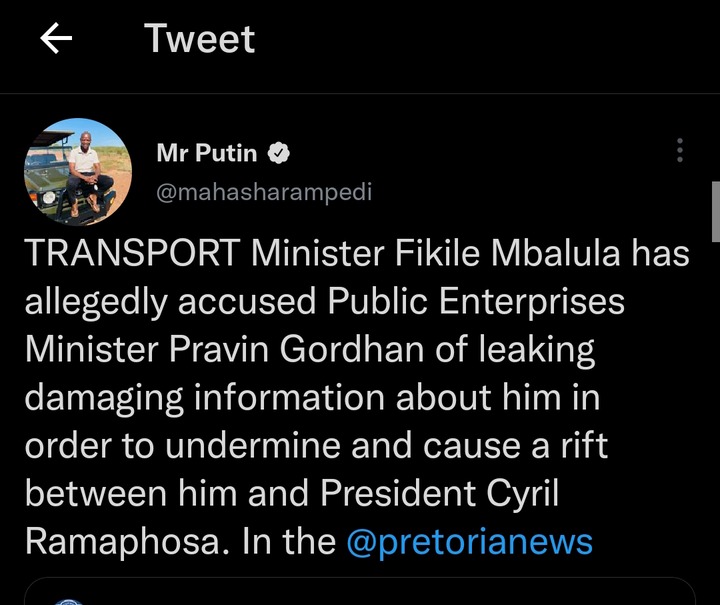 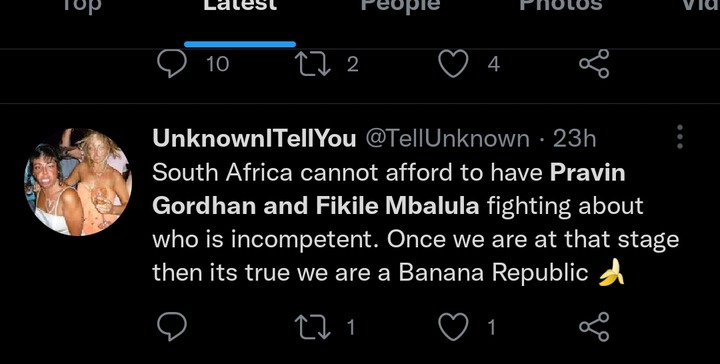 The rift between the two minister is becoming wider and wider and the December Nasrec is the fast approaching. Many people believe that the CR faction are not united, as infighting and battle for supremacy is overshadowing most of the things they are doing. Each one of them want to be the special person before president Cyril Ramaphosa. They would like to be his favourite person, and they do not mind using others to climb. This is precisely what the Transportation Minister, Mr Fikile Mbalula is accusing Pravin Gordhan of doing to him. From all indications, one can see that the relationship between the two ANC heavyweights is already strained. They are in a battle of supremacy. A popular media group, IOL wrote that, “Fikile Mbalula allegedly accuses Pravin Gordhan of trying to cause a rift between him and Cyril Ramaphosa”. Now their battle has crossed over to media verbal attack on each other, and president Cyril Ramaphosa is watching. 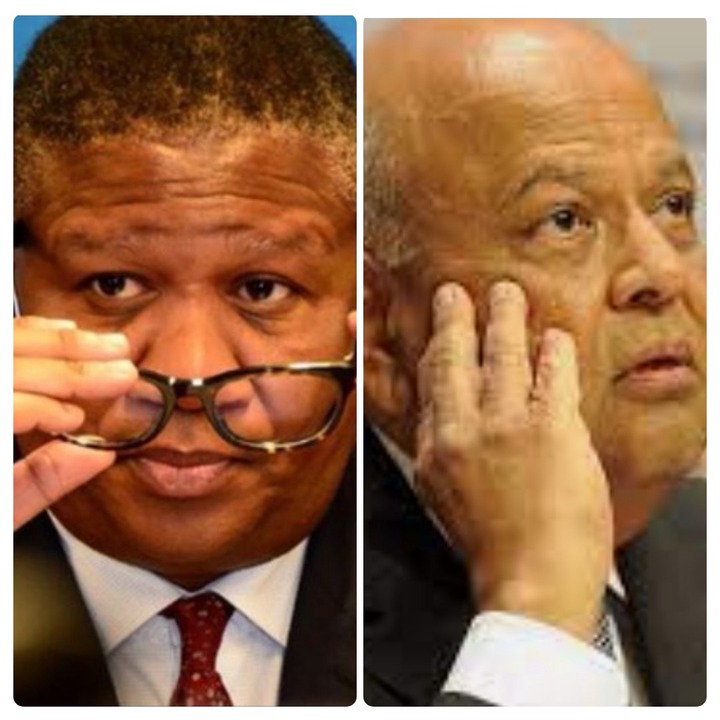 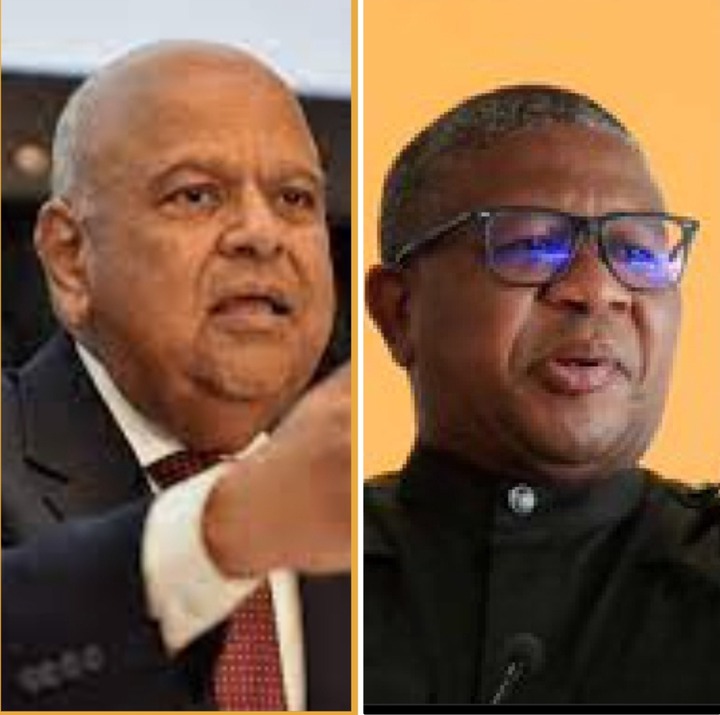 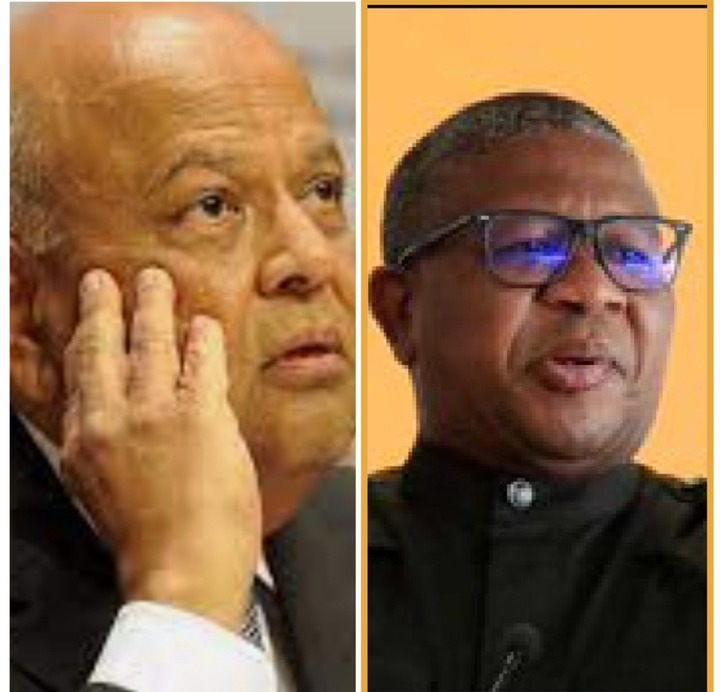