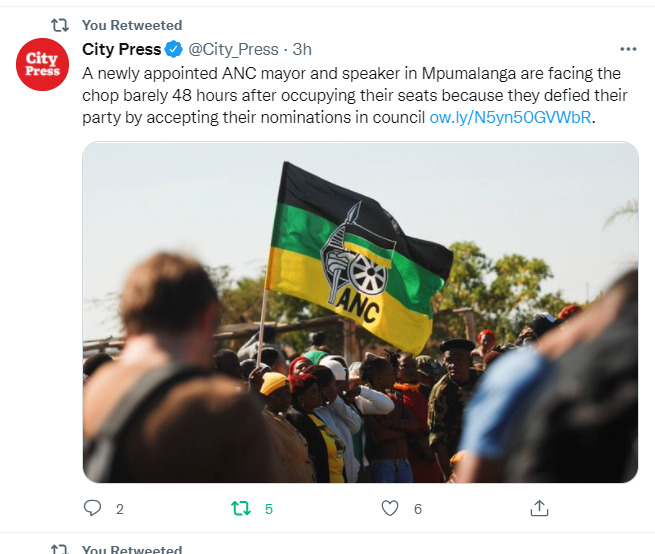 A freshly appointed ANC mayor and speaker in Mpumalanga are under fire less than 48 hours after taking office for defying their party by accepting their council selections. 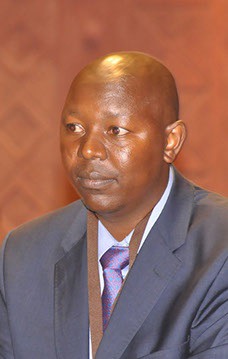 Mkhatshwa, on the other hand, desired a second term as mayor. He is a member of the ANC's provincial executive committee and a member of the Ngci faction, which is backed by Deputy President David Mabuza. Mkhatshwa and Mashele were supposed to follow party protocol and deny their nominations, but violated the NEC's decision. Their disobedience is a microcosm of the ANC's internal strife in the province. 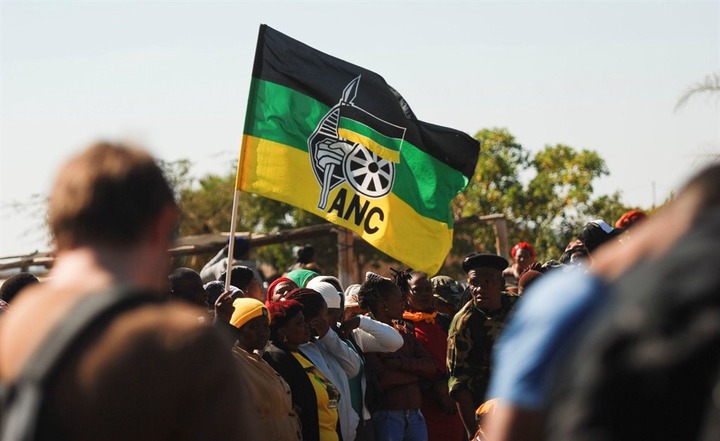 Prior to the local government elections, all groups fought to guarantee that their members were included on the councillor candidate lists and also on the top-three list for mayors. A group with a greater number of members in prominent positions, such as mayors, would feel emboldened before to the provincial ANC conference, since this would indicate how power is changing among the factions. Mandla Ndlovu, interim chairwoman of the Mpumalanga ANC, said that Mkhatshwa and Mashele, as well as other ANC councillors who voted in favor of their nomination, may have to "correct" their actions.

The NEC made the decision, and they know what is correct. Members who accepted the nomination are aware that they made a mistake. They will need to rectify this. Members of the ANC are sent to different legislatures to represent the ANC, not to represent themselves. According to City Press, the ANC may recall the couple and submit them to a disciplinary hearing. According to council insiders, Mkhatshwa and Mashele secured backing from EFF and DA councillors. Members of the ANC were squabbling, so where do we come in? The EFF did not vote. Jane Sithole, the DA's provincial leader, was unavailable for comment. According to an insider, the Ngci faction inside the council negotiated with the EFF to secure support. "I had never seen anything like this before, when the whole PEC [provincial executive committee] rejects the ANC," the source said.