A new migrant crisis from the Middle East and North Africa could be sparked by rising food prices. 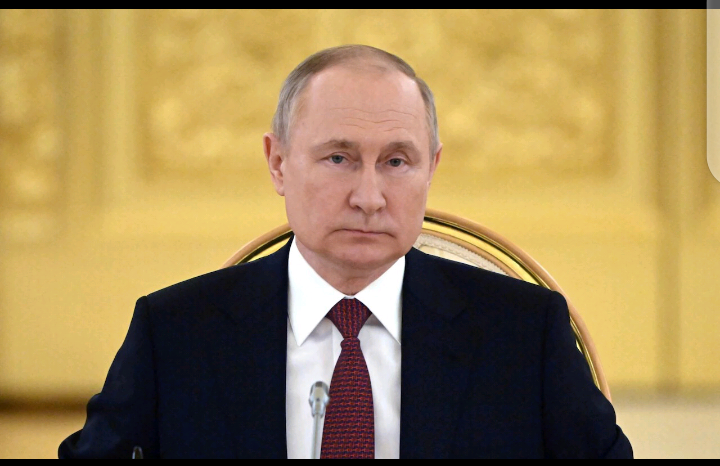 We are barely beginning to comprehend the litany of disasters triggered by Vladimir Putin's war. When their energy supplies are jeopardized, governments are understandably concerned. When food supplies are threatened, however, governments crumble.

Fortunately for us, the United Kingdom does not rely on any country or trade route directly affected by the conflict for food. Although price increases will affect British homes, most people will find that the grocery bill is less burdensome than the electricity cost. Neither aspect holds true outside of the developed world.

The conflict in Ukraine and the resulting sanctions have decimated world food production. We will see riots, famine, and conflict in countries around the world as rising interest rates in the US drain cash out of emerging markets and bombs and blockades prohibit grain from pouring in. Many of Europe's Middle Eastern and North African neighbors will be among the hardest hit.

The blockade of Ukraine's Black Sea ports, which are generally global food trade powerhouses, delivering enormous cargos of barley, maize, wheat, and sunflower oil south to countries with few other comparable supplies, has the most immediate impact. The US and European sanctions regimes have not specifically targeted food, but Russia is holding grain hostage as a bargaining chip in an attempt to lift other sanctions. If no concessions are forthcoming, it will blame the West for the starvation of millions.

This isn't even the worst of the problems. Russia and Ukraine contribute for 75% of sunflower oil exports, 34% of wheat exports, and 25% of barley exports. Shipping food out of the nation is becoming increasingly expensive and complicated, with Moscow likely to default on its foreign loans next week if the US does not extend Russia's access to dollars. Indeed, the sanctions are having such an impact that Moscow's capacity to supply even neutral countries is already being harmed.

The grain shortfall may grow next year as Ukrainian farmers are forced to spend more time escaping, fighting, or digging up landmines than cultivating crops. In addition to the missed planting season, input costs are skyrocketing for farmers worldwide. Tractors and harvesters are becoming excessively expensive to operate due to rising fuel prices. And while the EU's move to penalize Belarusian shipments of potash, an important fertilizer ingredient, is commendable, it may also cause more harm than good. Belarus supplies the majority of Europe's potash. Farmers will now be compelled to seek alternative markets, boosting prices everywhere.

The suffocation of Russian and Ukrainian supply is putting additional strain on a market already strained by the weather. Drought has affected most of the United States west of the Rockies, damaging the country's largest wheat-producing areas and depleting inventories even before the conflict began. India was anticipated to make up the difference. Instead, after a severe heat wave ruined a big portion of the harvest, Delhi halted wheat exports last week. India is not alone in this regard. Food protectionism is on the rise in 23 nations and counting, according to the International Food Policy Research Institute.

You would believe that all of this is a fantastic chance for large-scale wheat producers in other countries, such as Australia. Instead, Canberra predicted that wheat production would decline by 20% next year due to surging fertiliser costs earlier this month.

Life on the other side of this worldwide commerce in essentials will become brutally difficult. Oil-producing countries such as Nigeria, Angola, and Algeria should be able to weather the storm if their governments can redirect excess oil income to alleviate food shortages. Others, such as Morocco, Lebanon, and Ghana, however, have little to fall back on. Egypt, a big buyer of Russian and Ukrainian grain and a popular tourist destination for both nations' citizens, has already had to seek assistance from the International Monetary Fund. Cairo has just experienced its second currency depreciation in eight years, increasing the cost of imports.

Tunisia, the cradle of the Arab Spring, is in talks with the IMF as its economy continues to suffer. The demands of the IMF, particularly the need to reduce Tunisia's massive public sector salary bill, are expected to cause widespread discontent. Meanwhile, inflation in Turkey, another major importer of Russian wheat, has reached 61%, despite the fact that the country's economy was already struggling before the war. Worst of all, it's difficult to see how any of this will prevent existing famines in Afghanistan, Yemen, and East Africa from worsening.

Although the West is not to blame for the war, our governments do have a responsibility to reduce the impact of sanctions on the millions of innocent bystanders who are now unsure where their next meal will come from, let alone next year's. This does not imply that Russia should be allowed to keep hungry populations in the Middle East hostage, or that direct pressure on Moscow should be reduced in any way.

However, it does imply putting extraordinary effort into remedies such as railing Ukrainian grain to the rest of the world, brokering new trade agreements for the worst-affected countries, assisting in the correction of agricultural mismanagement in producer countries, and attempting to stem the tide of food protectionism where possible. It might also mean reconsidering some sanctions, like as Europe's embargo on potash, which will disproportionately raise food costs and aren't necessary for the economic war against Russia. For the love of God, Europe cannot justify a strategy that exacerbates poverty in much poorer nations if Germany is unwilling to stop buying Russian gas.

Apart from the moral imperative, there are compelling practical reasons for the US and Europe to do everything possible to keep food growing and flowing. Outside of the West, there is just as much of a tendency to blame Nato for Mr Putin's unprovoked aggressiveness as there is to recognize Mr Putin's unjustified aggression. People who are suffering from severe food shortages may be more prone to blame sanctions than the war itself. If the West assists Ukraine in winning the war only to be blamed by the rest of the world for a massive increase in human suffering, it will be a Pyrrhic victory.

There are also direct threats to Europe. A new wave of conflict and instability on our doorstep, just as the Arab Spring produced the Syrian war and the migratory crisis, is a formula for disaster. It increases the likelihood of state failure and the ensuing epidemic of raging Islamists. It raises the chances of people being displaced and attempting to cross the Mediterranean. It makes us all less safe in the end.

The focus of discussion has shifted to gasoline prices and the expense of life in the United Kingdom, which is understandable. However, they may not be the worst consequences of the war. There will be more suffering to come.

Is Brutus dead? Watch as Mlungisi stabs Brutus ‘ Themba Ndaba’ in the heart on The Queen

Watch: People left in stitches as Pearl Thusi was swimming in an empty swimming pool