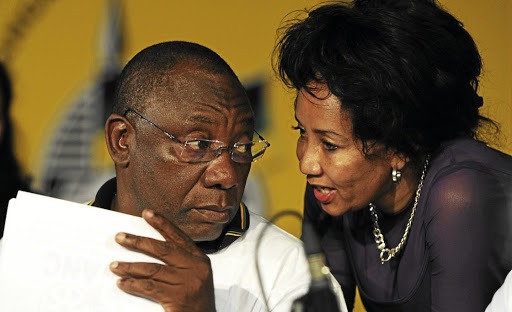 Readers of TimesLIVE have chimed in on calls for Cyril Ramaphosa to fire Tourism Minister Lindiwe Sisulu, with some wondering if the president has taken action against anybody.

Sisulu garnered tremendous criticism for writing a recent opinion article in which she attacked the judiciary. She questioned black judges in it, claiming that they are "mentally colonial Africans who have settled with the world view and attitude of those who have dispossessed their forefathers."

"Today's most dangerous African is the mentally colonized African." And when you place them in positions of power or as legal interpreters, they become worse than your oppressor. They lack an African or Pan-African ideological foundation. Some people are perplexed by alien belief systems."

Several organizations, as well as the government and Justice Minister Ronald Lamola, condemned her statements, while acting Chief Justice Raymond Zondo branded Sisulu's work an affront to the whole judiciary and replete with unfounded claims. He also demanded that action be taken.

The Council for the Advancement of the South African Constitution (Casac) demanded that Ramaphosa dismiss Sisulu from his position as minister.

However, an ANC official told the Sunday Times that removing Sisulu might help her presidential ambitions while jeopardizing Ramaphosa's push for a second term as ANC president in December.

This week, TimesLIVE polled readers to see if they thought Ramaphosa would dismiss Sisulu from his cabinet.

* Half of those polled questioned if Ramaphosa had taken action against any minister, while the other half indicated they weren't holding their breath.

On TimesLIVE's social media channels, the argument raged on.

"I believe that the president should not remove Sisulu from the cabinet because he would give her undue attention." "The false RET forces will utilize her frustrations to develop or promote her as president material, despite the fact that she has nothing to contribute," predicted Amos Sekhaulelo.

"For what?" Why should she be kicked out? South Africa is a democratic country. The freedom to free expression is a right, not a luxury. "Hire and fire is the name of the game," Mosa Makhubo continued.

"To be honest, I don't care," Grace Sebake stated. "The truth never changes." What good has the constitution done for us impoverished black youth? There is no equality of opportunity, no benefit rights, and a judiciary that we cannot afford. We have no influence over the law, and there is no economic progress. There is no housing. "Who benefits from this constitution?" she asks. 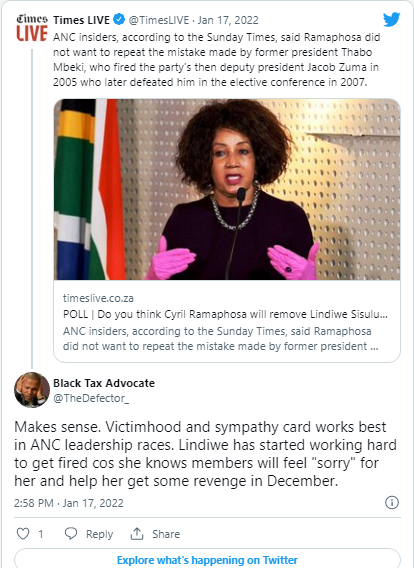 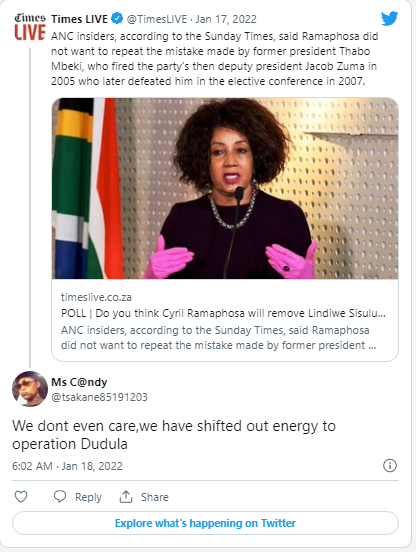 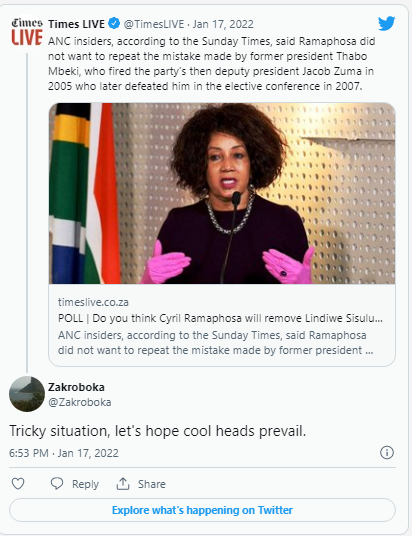 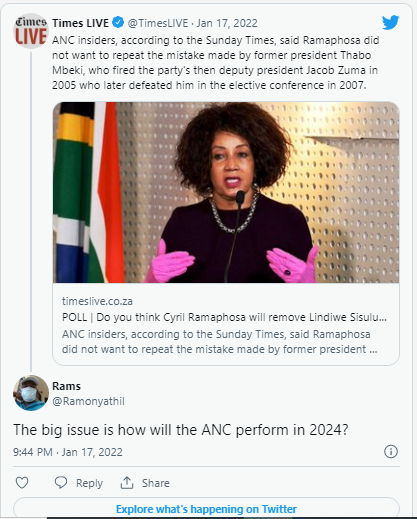 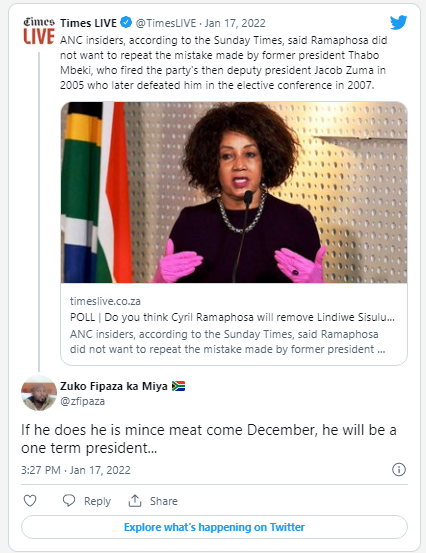