During his last nation address, President Ramaphosa announced that they were considering ways to make the vaccine mandatory. South Africans has not taken this well as they plan to strike against this decision and remove Ramaphosa from being their president. 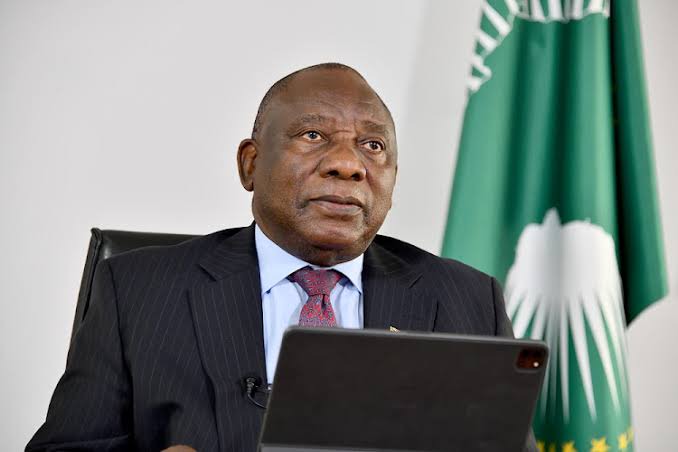 One tweep stated that the government was undermining people and their powers by making unconstitutional laws.

@Hatedkyle "Seems like our Government have not witnessed the true power of the people... Make them unconstitutional laws and we will wait for the constitutional court to fail us, then you will see what the people are capable of doing. 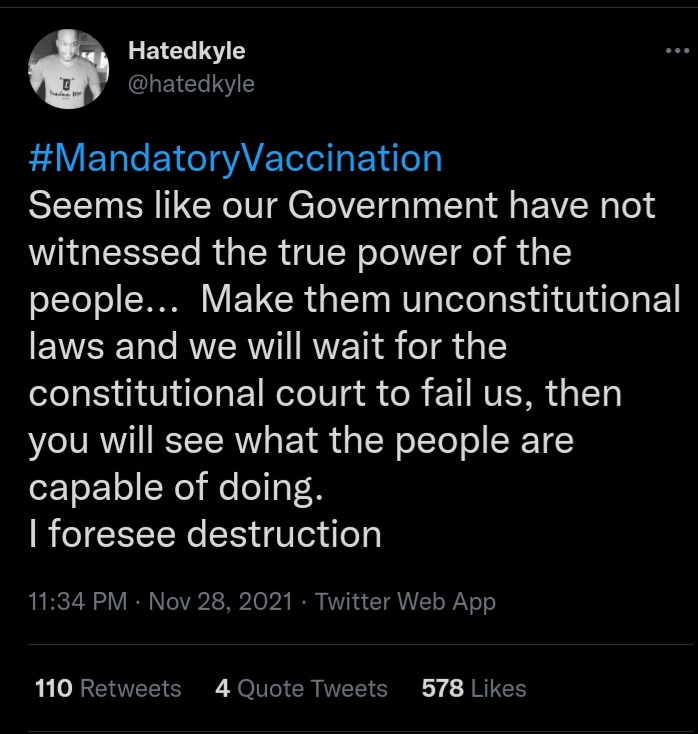 Destruction has been predicted if the constitutional court fails the people. It is said that there is two unvaccinated people for one vaccinated person. If these people united they would be able to stop mandatory vaccinations.

The government can expect more to happen as some people have already planned a March on the 4th of December. According to the planners of this march, they will be marching to the union buildings. Those who will be marchjng demand five things from the government:

1. The "draconian and unconstitutional" lockdown restrictions to end.

2. Neverending state of disaster to end.

4. No vaccine passports or certificates.

5. An end to the slaughtering of jobs, businesses and the economy of South Africa. 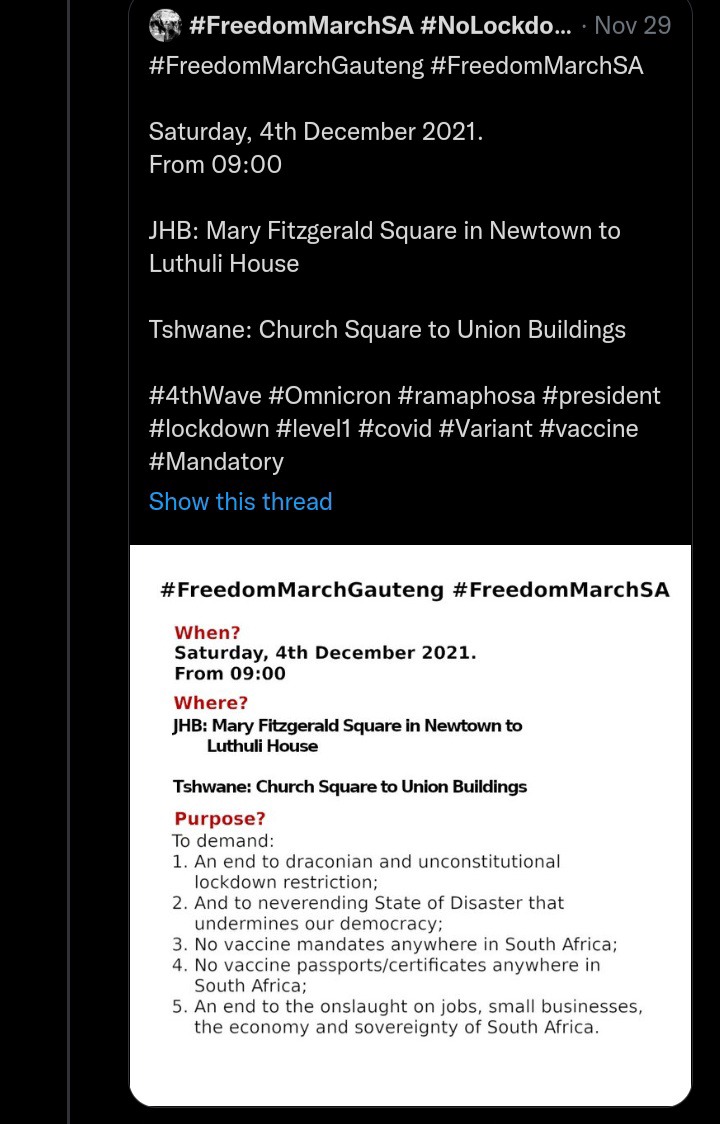 However to some people, this will probably be one of the stupidest movement ever.

@ChaukeCleopatra "The stupidest movement I've ever seen. You don't want the vaccine yet you want to go out in groups and expose yourself to the virus". 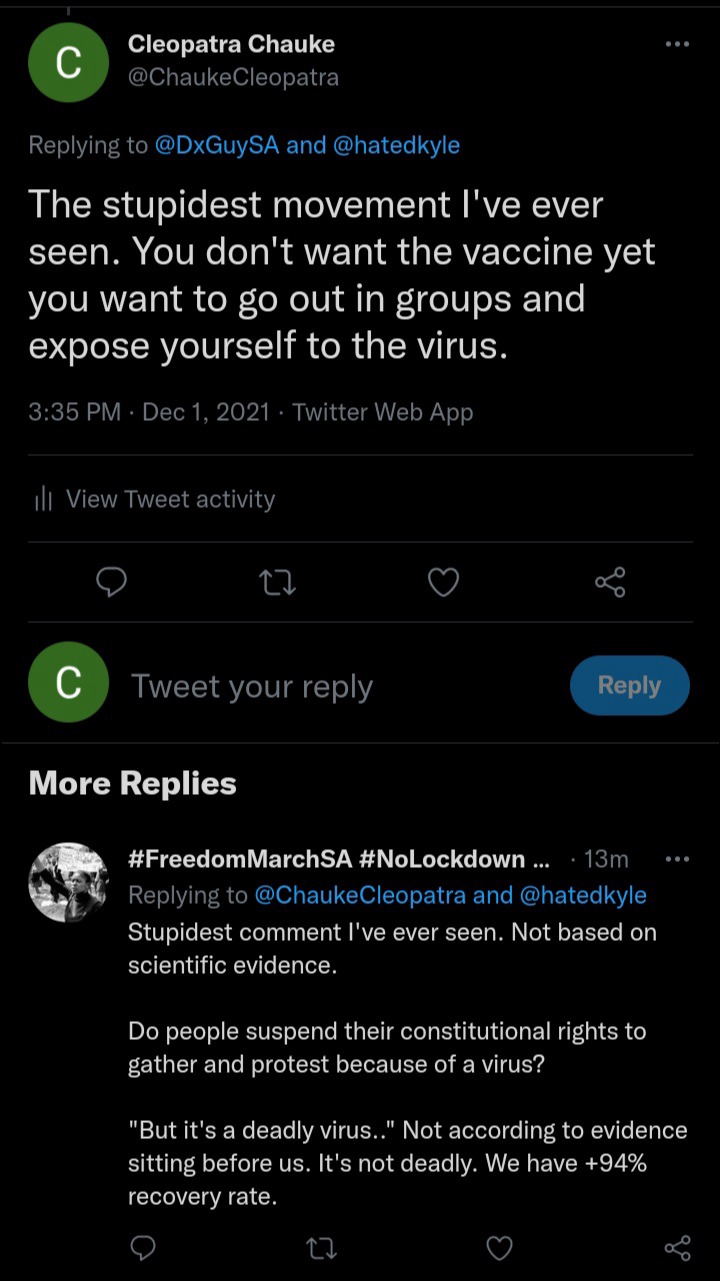 Personally speaking, not only is the movement stupid but also selfish. Some people may not survive the virus. The destruction will only affect us, our jobs ans livelihoods. Which company would want to hire people who will be easily affected by the virus and eventually the productivity of the company? This will only cost the company and remember the government has to tax those companies to provide social grants.

Do you think the strike is reasonable or not. Please share your thoughts below.