By Newsmide.cf (self media writer) | 2 years ago 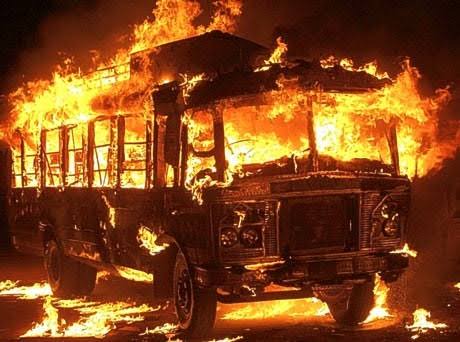 The City’s Traffic Services spokesperson Richard Coleman said that the foreigners blocked the road with rocks and burning tyres, very early in the morning on Friday, 14 August 2020. The foreigners proceeded to burn 3 buses, two which were on the N2 and another one which was on Symphony Road near Delft.

"Protestors set two buses alight, that was also on the N2. And then we had one bus that was set al ight on Symphony Road", said Coleman.

The reasons behind the protests are still unknown however, some people speculating that they are a result of foreigners seeking jobs.

When the news were released earlier today, social media was in an uproar and alot of people were condemning this behaviour. One sock media user took to Twitter to show how disappointed they are about the incident.

"This is childish backward behaviour that people destroying thier very own transport good or bad it is thier to enable them to get to work. If they are not happy then improve it but you can't do that off you destroy everything. You are just making life hard for yourselves and making some tender entrepreneur happy" said a post on a social media users page. 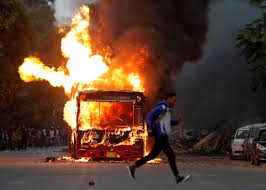 Golden Arrows spokesperson Bronwen Dyke-Beyer also showed her disappointment towards the buses being destroyed. He talk about how devastated they are and that they were able to save the third bus from being completely burnt.

“We are absolutely shocked and devastated… Each bus costs R2.4 million. It seems to be linked to the service delivery protest – we never know. These people are never caught", said the companies spokesperson Bronwen Dyke-Beyer.

She also continued to say that the vandalism could not go on any further because the company has already lost about six buses already as a result of these protesters over the months.

This recent attack is a follow up to the what happened last week when the residents, from the Siyangena informal settlement were demanding electricity. So to get thier anger across the City, they targeted a Golden Arrows bus.

The Democratic Alliance (DA) in the Western Cape were aware oh these attacks, and they even call upon law enforcements to act against the perpetrators to show how much they really condemned the attacks.

"Our province can no longer be held ransom by those who have no concern for thier lives which they affect through violence", said Daylin Mitchell.

Sadly no arrest have been made so far and it looks like the people who will be at a big disadvantage will be the commuters.

The DA kinda has a point because at the end of the day, this is going to impact everybody in the community including the perpetrators. I don't really think that being violent in a protest just to seek jobs is good idea.