Foremost news website, News24 reported that, “Even though fugitive preacher Shepherd Bushiri had the help of senior Department of Home Affairs officials to circumvent the law, Minister Aaron Motsoaledi has emphatically rejected the notion that Bushiri had captured his department”. It is widely believed that Shepherd Bushiri would not have left South Africa without their notice or consent. The whole process was allegedly manipulated by Shepherd Bushiri. 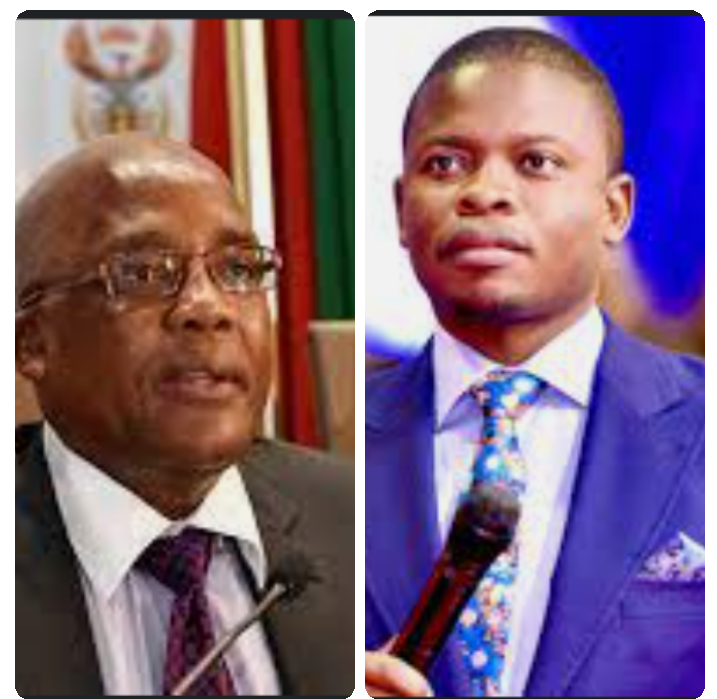 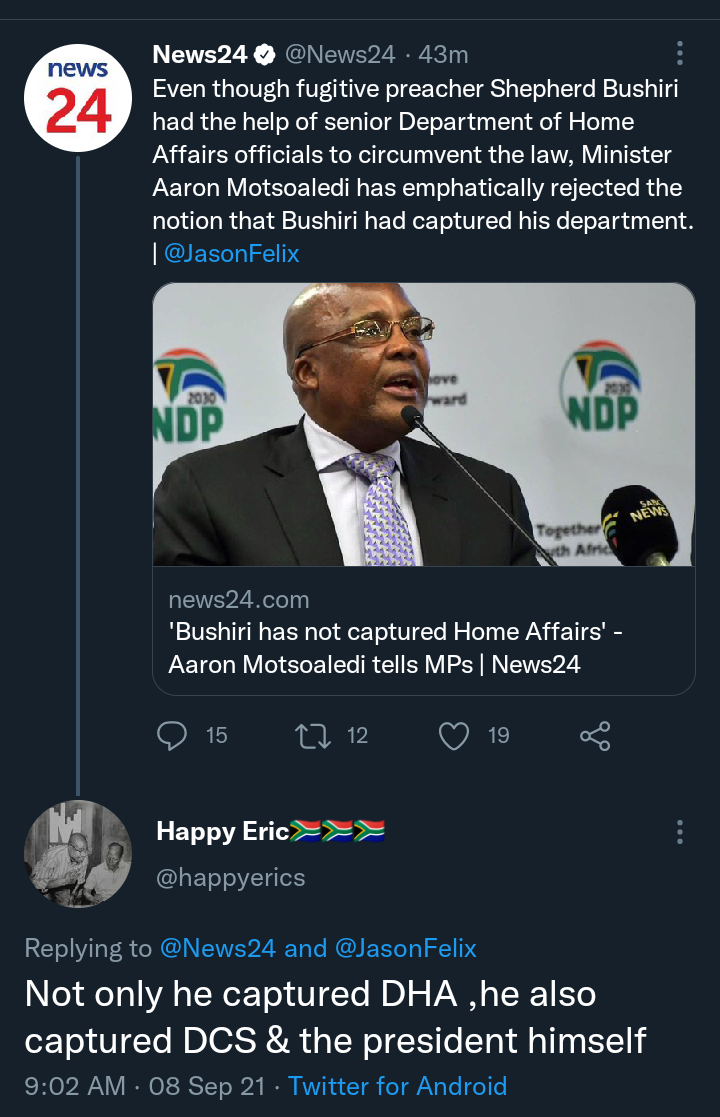 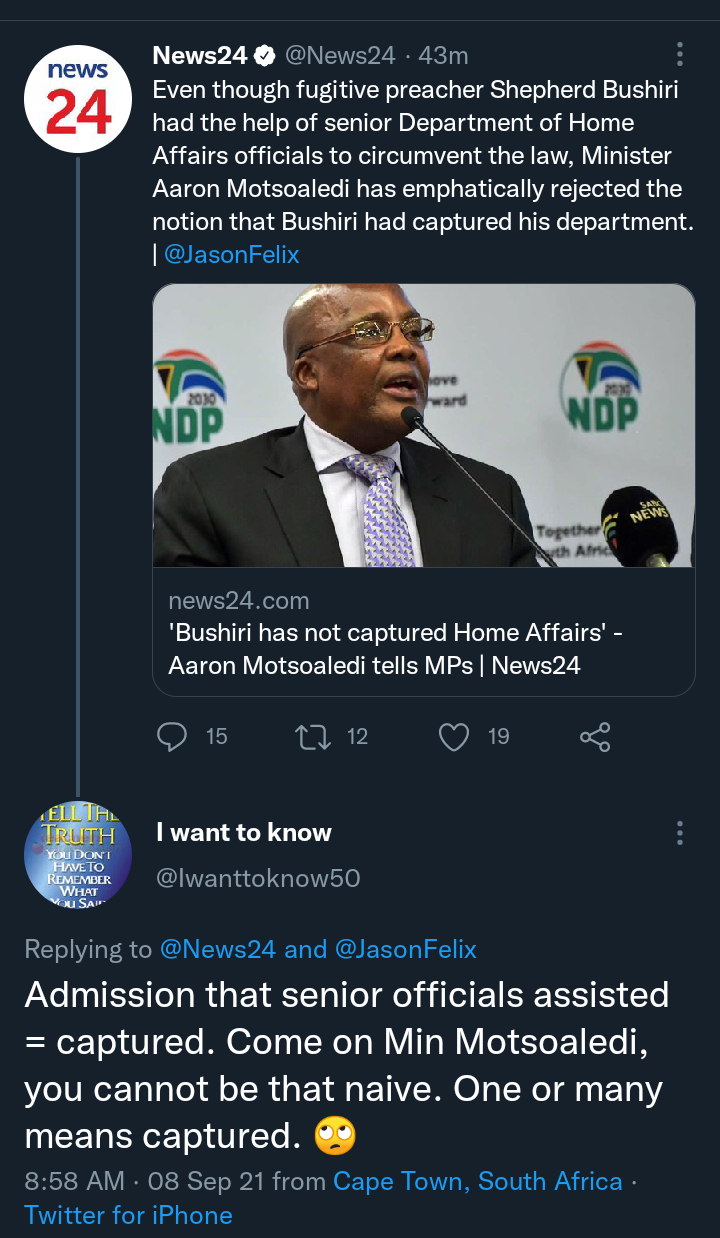 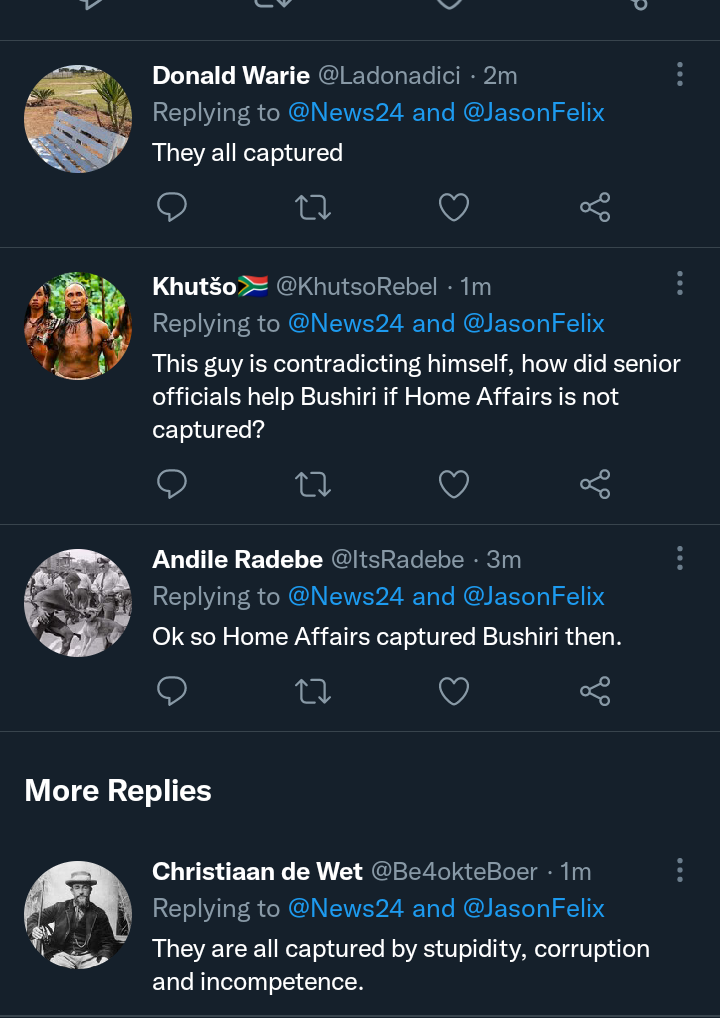 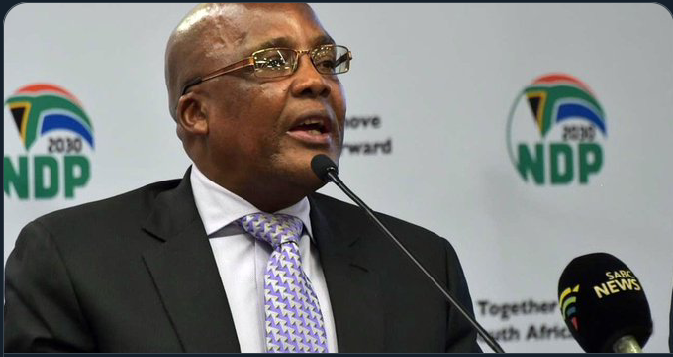 Some people have been reacting to the news said that the minister is contradicting himself because there is no way Shepherd Bushiri would have left the country if he did not manipulate the officials of South Africa Home Affairs. Someone pointed out, “This man is contradicting himself, how did senior officials help Bushiri if Home Affairs is not captured? Not only he captured DHA, he also captured DCS and the president himself”. It came as a big surprise to the people of South Africa when it was reported that Shepherd Bushiri had escaped from the country through the help of some top officials in the department of Home Affairs. This led people to conclude that the controversial preacher and prophet captured the entire department of home Affairs. The minister, Aaron Motsoaledi is now coming to refute the claim, disclosing that his ministry can never be captured. 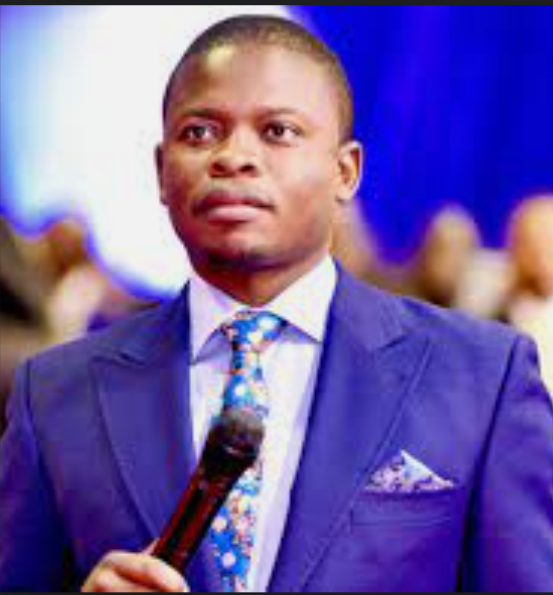 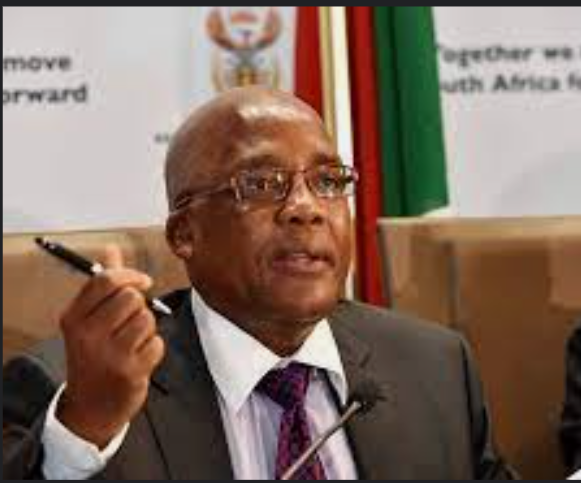 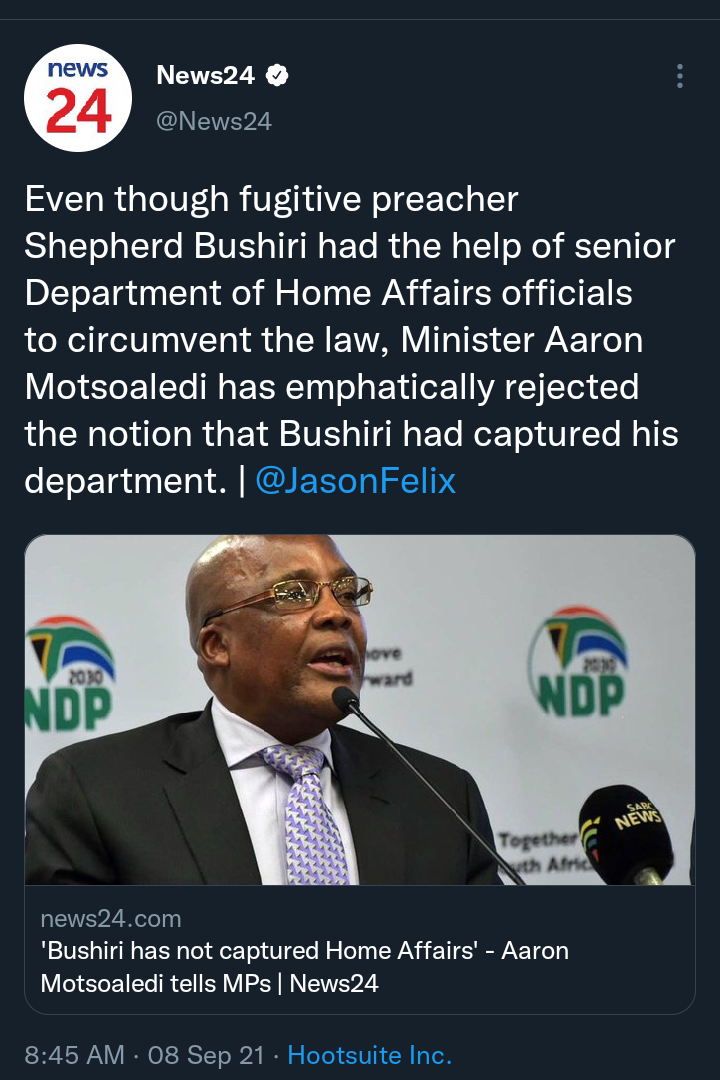 Another South African commenting on the information from the minister of Home Affairs disclosed that the department was captured whether the minister admit it or not. He subsequently added, “you can say whatever you want, the Bushiri and the Guptas ruled even when others thought they were the big chiefs at the time. Admission that senior officials assisted is equal to being captured. Come on, Minister Aaron Motsoaledi, you cannot be that naive. One or many means captured”. This is generating heated arguments on social media because to extradite prophet Shepherd Bushiri back to South Africa to face his charges may be an almost impossible task. A futile one at that!