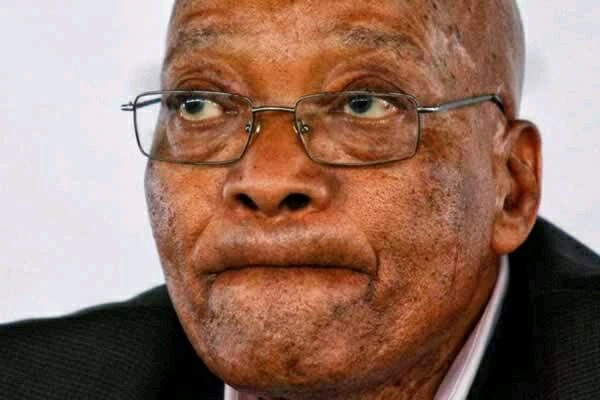 To backtrack and request exonerating is an authoritative blooper, which will not be forgotten on definite democratic day, say two past senior DA people.

We had a taste most recent multi day stretch of the unsettling influence expected to trigger South Africans into talking and fighting back with regards to the real South Africa.

Then, faster than Fauci could envision another Covid caution, that interference was killed, sticking to direction from the party's most noteworthy force, the Federal Executive, with an accommodating articulation of regret by the fall individual, Dean McPherson MP. Which goes to show that the ANC is the primary party setting the political arrangement and overseeing everything, with the help and joint exertion of the wokerati.

The DA's capitulation notwithstanding this intentional exposure war is an overwhelming about-face just three weeks before the close by races. The standards (The ANC Called You Racists/The DA Calls You Heroes) brought up in Phoenix confessed all, and the resulting bringing down of those pennants is an implication of a party, which, for a short, sweet time, was saying numerous' perspective: that the ANC is inherently extremist and people who ensured their organizations when the police would not, are legends.

What's all the more terrible, that heap of partners, people, and independent political correspondents who stayed by the DA during the public whirlwind that burst, have been betrayed by a comparable DA, which has since offered up to the longing of the ANC and their scum bucket adherents in the media.

Be that as it may, undeniably more horrendous was the DA's Federal Executive's decision to overrule DA Leader, John Steenhuisen, and request the clearing of the "blamable" standards, injuring a sharp edge in his back in an 'Et tu' second soon after he'd battled vigorously against the tirade and wouldn't apologize or cut them down.

This mishap then, changed into a satire when Steenhuisen wound the cutting edge in his own back by straightforwardly denouncing the standards, thinking about them as an "awful interference".

How crushingly baffling. How politically honest. How thoroughly mind dead. To backtrack and request exonerating is an authoritative socially off-kilter act and one which will not be forgotten on conclusive democratic day by BOTH sides – individuals who went against the pennants and the people who agreed and have seen their party cross-over.

Aggravation is essential to any campaign – political or business. You need to get your customer (resident) to focus. You needn't bother with the same old thing or business as usual. You need ATTENTION.

The DA achieved that by telling the tough as nails truth of the matter as it was in Phoenix and various areas around the country a few months earlier, when customary people decided to safeguard their own organizations because their public specialists and police organization pulled out from the danger.

In the light of a depleted, disparaging, tired electorate, we were satisfied to see the party have the balls to take on the ANC by the throat. Since the ANC is focused on race and showed that when it wouldn't help Phoenix tenants under grave risk during the ravaging and brutality slipping upon them.

There was no thought for the security of these occupants, no longing to move rapidly from government to guarantee their lives. Besides, when the for the most part Indian social class upheld themselves, their own organization called them biased people.

The unpreventable kneejerk crazy reaction to these standards, demonstrates the substance of the pennants to be 100% right – anything including the bias of the ANC, paying little mind to the truth, is immediately named dogmatist.

Those are current real factors of the matter and that is the moral key position the DA took by knocking it out of the park for these holy people by means of setting up the standards which said everything. To have plunged from that recognize, the DA has quite recently won with respect to showing how feeble it is regardless the authentic dogmatists and sold out the very people they called holy people.

For the power protection from sing and take cues from the ANC isn't simply offensive, it is beguiling, and, incredibly, normal of countless South Africans.

It exhibits that the vitally political arrangement at play in South Africa is set by the ANC alone. The rest of, react, and mirror that arrangement. Not another party – or immense association, other than – work in their own space, at their own speed. Everything is allowed to be coordinated by the ANC.

A foreigner was caught in Jo'burg making Fake GrandPa