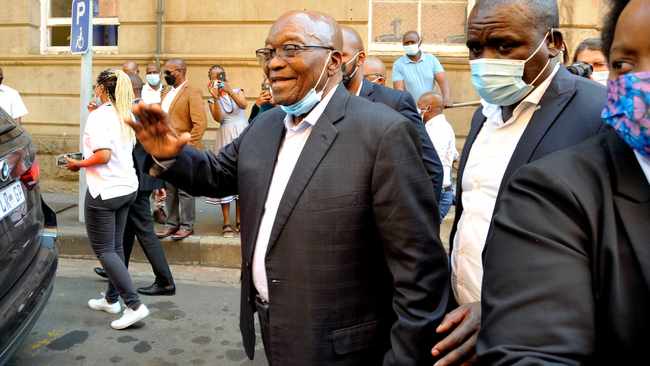 Previous president Jacob Zuma has not applied for an exoneration to be considered after his new detainment at the Estcourt jail where he was delivered on clinical parole as of late.

In any case, whether or not President Cyril Ramaphosa will consider him for pardon has come from one of the gatherings in Parliament.

Head of Al Jamah-ah Ganief Hendricks needed to know from Justice Minister Ronald Lamola if there had been a move by Ramaphosa to consider giving Zuma pardon.

Lamola said it was people who applied for pardon before Ramaphosa can think about the solicitation.

It was that the president starts the interaction.

WATCH: Zuma tells allies they can't bond with him since he is a detainee

Ramaphosa would sit with applications for pardon in his office where he would then apply his psyche.

Be that as it may, Zuma has not applied for pardon, said Lamola in a composed answer to Hendricks.

"Applications for pardon are considered on a singular premise dependent on the application made by the candidate or his/her lawful agent.

"No application for pardon was gotten in regard of Zuma's conviction for the pastor's thought and suggestion.

"My specialization assumes a supporting part in getting pardon applications and handling the archives for the thought of the president.

"Concerning pardons as a general rule, the President's ability to concede pardon is gotten from area 84(2)(j) of the Constitution of the Republic of South Africa, 1996 (the Constitution).

"The choice whether to concede exoneration to a candidate rests exclusively with the president.

"However there is no option to be exculpated, the capacity presented on the president to settle on a choice involves a relating right to have an acquittal application considered and chose reasonably, in sincerely, as per the standard of lawfulness, persistently and immediately.

"That choice and the established liability regarding that choice, rests exclusively with the president as head of state," said Lamola.