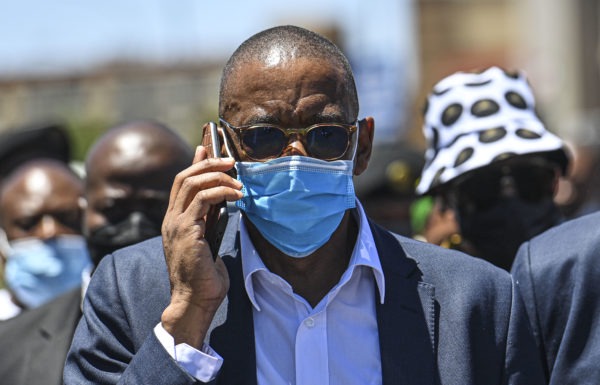 As indicated by an article distributed by Sunday World, the charges would include Magashule and previous Free State MEC for human settlements Mosebenzi Zwane, and identifies with the R1 billion false Free State lodging project 10 years prior that cost the area millions.

Sunday World reports that the previous head of human settlements in the Free State, Mpho Mokoena, who was on Friday condemned for defilement and contradiction of the Public Finance Management Act identifying with the lodging join, has now turned state observer.

In September last year, Mokoena told the Commission of Inquiry into State Capture that Magashule had imparted directions through Zwane to him to pay specific favored workers for hire for work that was rarely finished.

Additionally READ: Magashule 'trained' specific worker for hire to get work and their installments to be facilitated

Mokoena, who left the office in December 2011, said the cash, here and there paid in real money, was intended to be kept as maintenance right yet was paid to the project workers.

He said Zwane provided him with a rundown of 106 project workers who would be granted the lodging development contracts.

Human repayments in the Free State ultimately paid an aggregate of R631 million every 2010 and 2011 without getting any incentive for cash. Around 600 RDP houses were intended to be developed with the cash, however, no houses were at any point assembled.

The commission was informed that by October 2010, the common human settlements division was underspending by under 10% of the spending plan its public partner and Treasury had assigned for the R1 billion lodging project.

State Capture commission director Deputy Chief Justice Raymond Zondo said last year it was "exceptionally disturbing" that nobody had been charged or captured at this point.

The body of evidence against him and his 15 co-denounced includes north of 70 charges, including robbery, defilement, and illegal tax avoidance. Recently, it was delayed to 2022.

The asbestos adventure traces back to 2014 when the Free State human settlements office granted an agreement worth R255 million to Diamond Hill and Blackhead Consulting.

This was identified with surveying asbestos in houses in the Free State, notwithstanding, the work was never done despite cash trading hands.

Magashule has kept up with his blameless and guaranteed the charges against him were politically organized.

More corruption charges could be on the cards for Magashule - report (citizen.co.za)