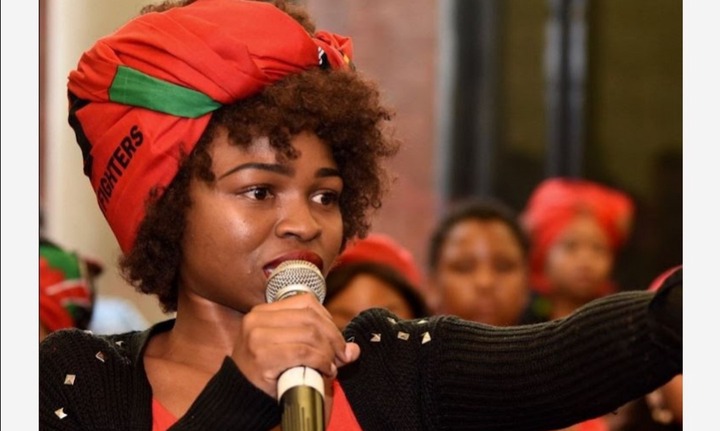 EFF MP Naledi Chirwa has been chastised for referring to President Cyril Ramaphosa as a "weak little boy."

Chirwa responded to Ramaphosa's weekly newsletter on Monday morning, addressing the torching of parliament and the contents of the state capture report.

On January 4, Ramaphosa received the first part of the report from acting Chief Justice Raymond Zondo.

Ramaphosa slammed the report's allegations of corruption and said its findings should strengthen the government's response to defend democracy and all state entities.

"We must protect our hard-won democracy from any and all attempts to undermine it, whether they take the form of corruption in state-owned enterprises, subversion of our law enforcement agencies, sabotage of our economic infrastructure, or attacks on the independence and integrity of our judiciary."

"We must defend our constitution, democratic state, and electoral process from anyone who seeks to undermine our democracy and deny the SA people their hard-won freedom," the letter stated.

Chirwa retorted by referring to the president as a "weak little boy."

"You're such a helpless little boy." All of your fellow stooges you [sic] sent to collapse Lindiwe were themselves collapsed. It won't surprise me if you do what little boys do when they're outnumbered by women. We're expecting a temper tantrum. You'll always be a toothless boy. "Mfana ke mfana" means "a boy is a boy." 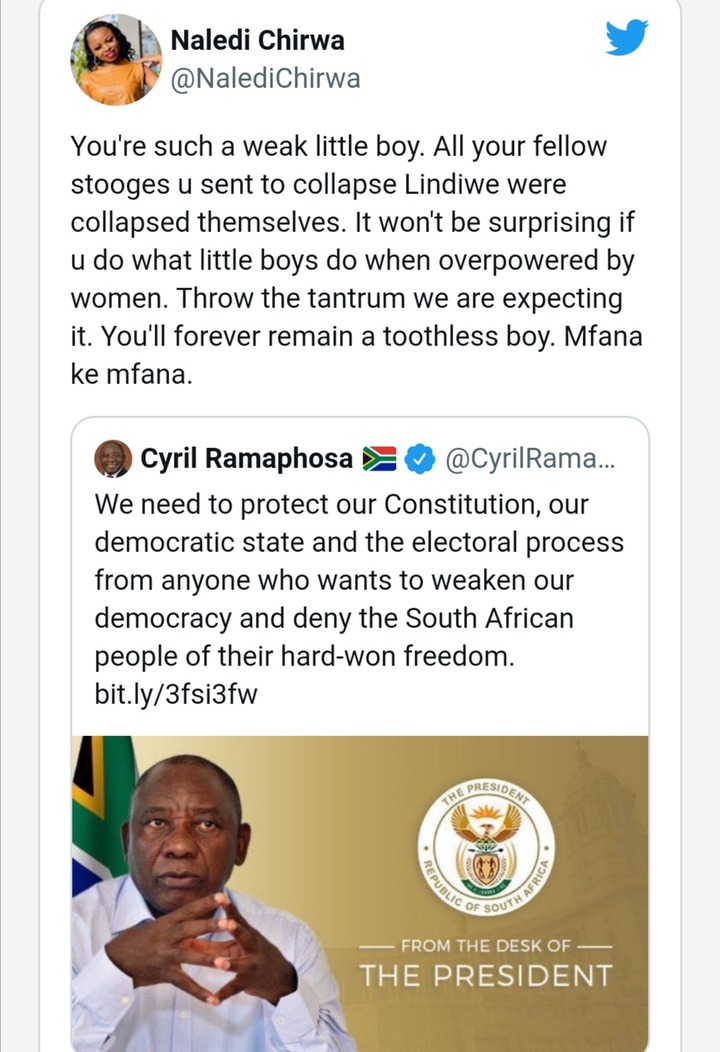 Many social media users reacted negatively to her tweet, saying she should be more respectful of Ramaphosa.

Chirwa, unfazed by the criticism, continued to slam Ramaphosa and leveled several allegations against him.

Nothing, she added, would make her respect Ramaphosa.

"Ignore it. In my opinion, he can wear the highest title in the universe and still be the scum of the earth," she tweeted. 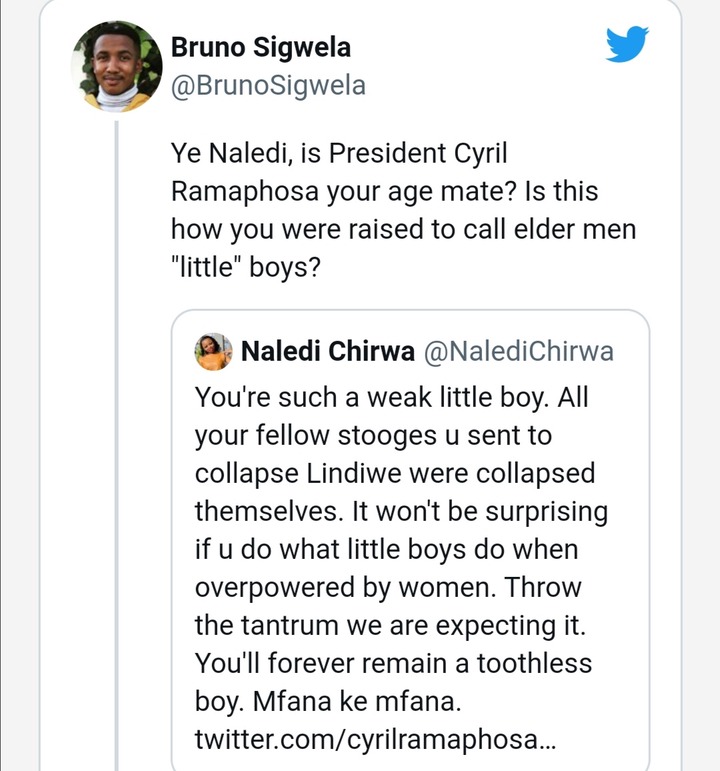 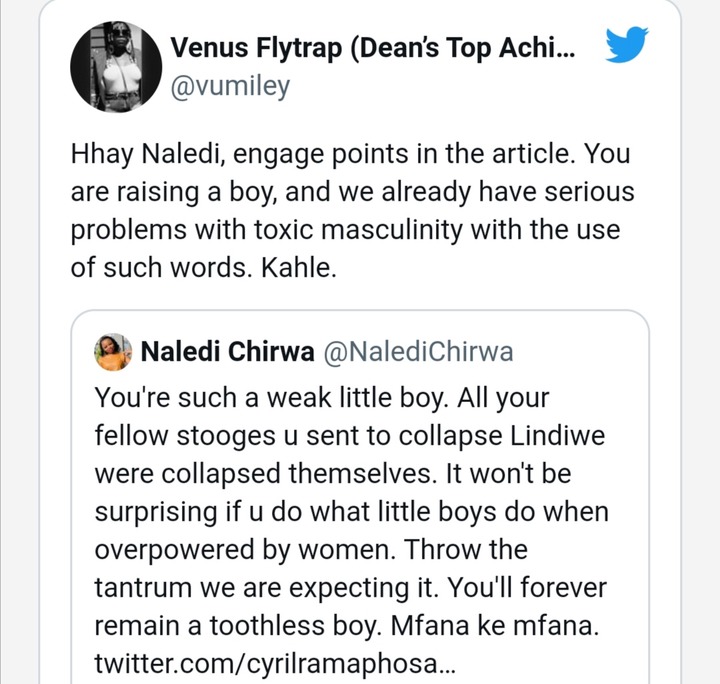 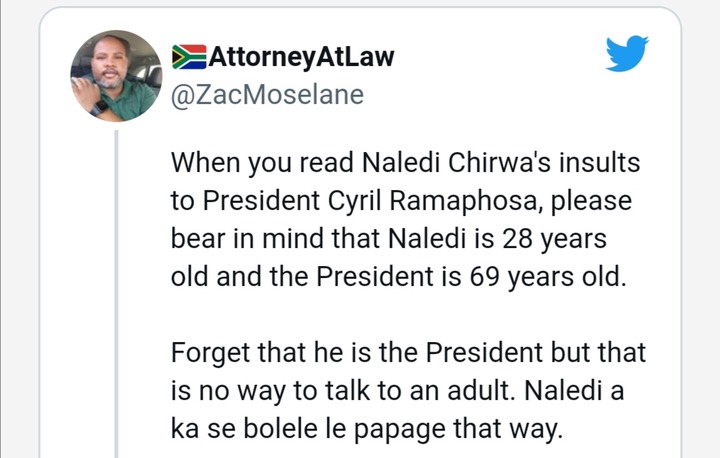 Herman Mashaba Breaks His Silence On Bontle's killer. He Wants This To Happen To The Killer