By Phukubjenthaa (self meida writer) | 1 months

The DA has been known to be one of the party that can really get on someone's nerves, especially when it comes to the election and campaigning on social media. Many people have had a bad experience with them and this could be the way that they portray the message to the individual. 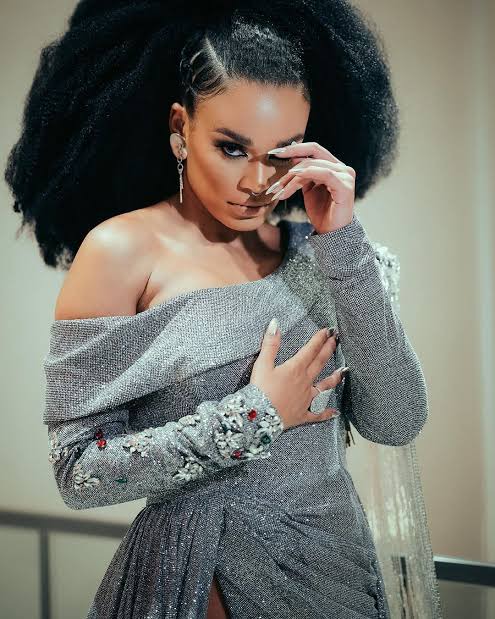 The media personality Pearl Thusi was one of the recent victims of the campaign messages from the DA but she did not take it lying down. Thusi went on social media and exposed the party. She used Twitter to call out the party. The star wrote a scathing tweet to the opposition party DA after receiving a messages. This is what she wrote in a tweet. 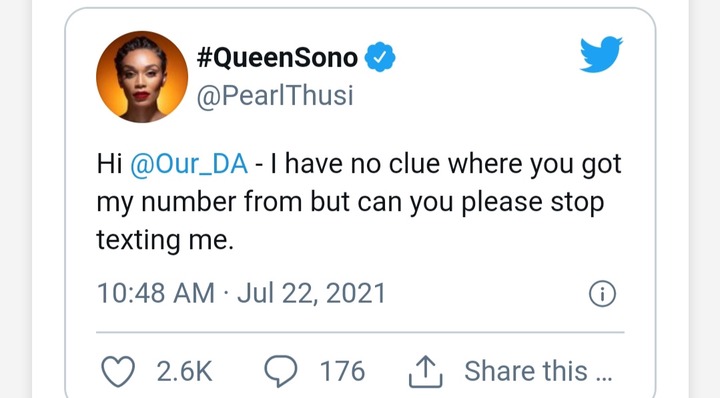 "Hi DA I-have no clue were you got my number from but can you please stop texting me" and this the respond she got.

"Hi. We use the voters roll. POPIA permits parties to do this. If the text did indeed come from us you can reply STOP and you won’t get further texts from us. Regards, Mike.”

Pearl Thusi did not reveal the content of the message she received from DA but from her respond, you could tell that the DA was campaigning by bad mouthing the ANC. There is no use telling people about what the ANC has failed to do, which in any case it is clear for many people. Rather say what you as a party will do to change the lives of South African and leave the ANC alone. The party is crippling already.

Pearl Thusi does not shy away to express her political views and she went ahead and defended the ANC.

The actress said she believes that the political party came into power and took over a system that was broken to begin with. After years of discrimination, Pearl says that was a hard fix. She added though, that she's not disputing that the ruling party could be doing better.

Demystifying The God's Elect And Their Benefits