Zuma's Daughter Wants DeKlerk Behind Bars, But People Reminded Her Of What Zuma Did For DeKlerk

By MrFunNews (self meida writer) | 8 days A lot of people have been talking about the death of Mahlangu and how there was no justice. We now see more and more people calling for the arrest of the national party apartheid leaders for the crimes that they committed. 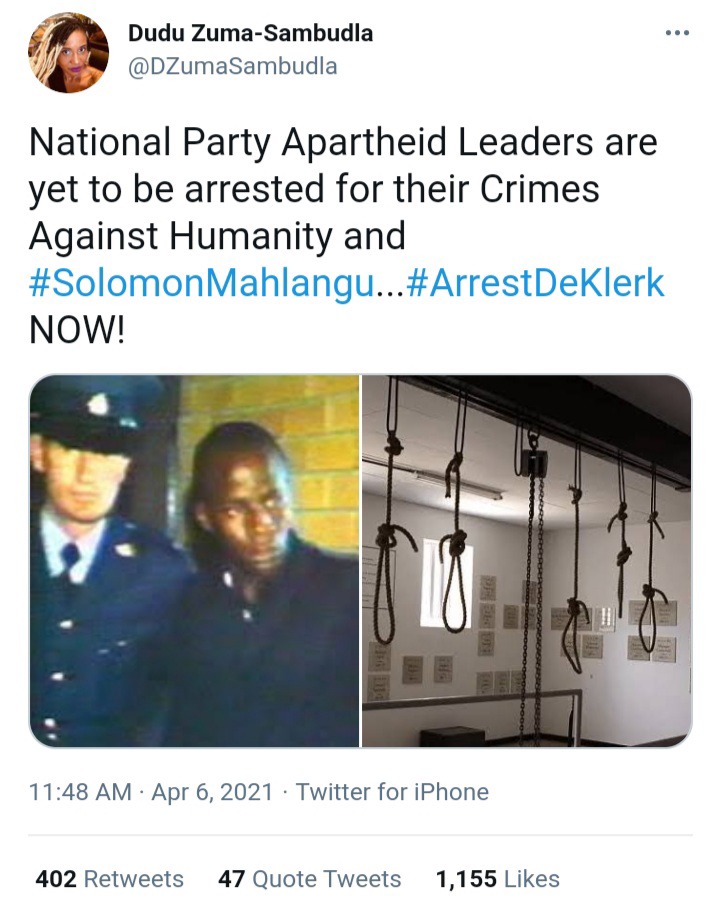 And one name came up and that was the name of Frederik Willem de Klerk, he is the former president of South Africa. Former president Jacob Zuma's daughter Duduzile Zuma Sambudla has made it clear that she is one of the people who want De Klerk to be arrested.

Dudu was not clear enough as to why she also wants De Klerk to be arrested, however, there are allegations against De Klerk, there are people who have mentioned why they think he has to be behind bars. 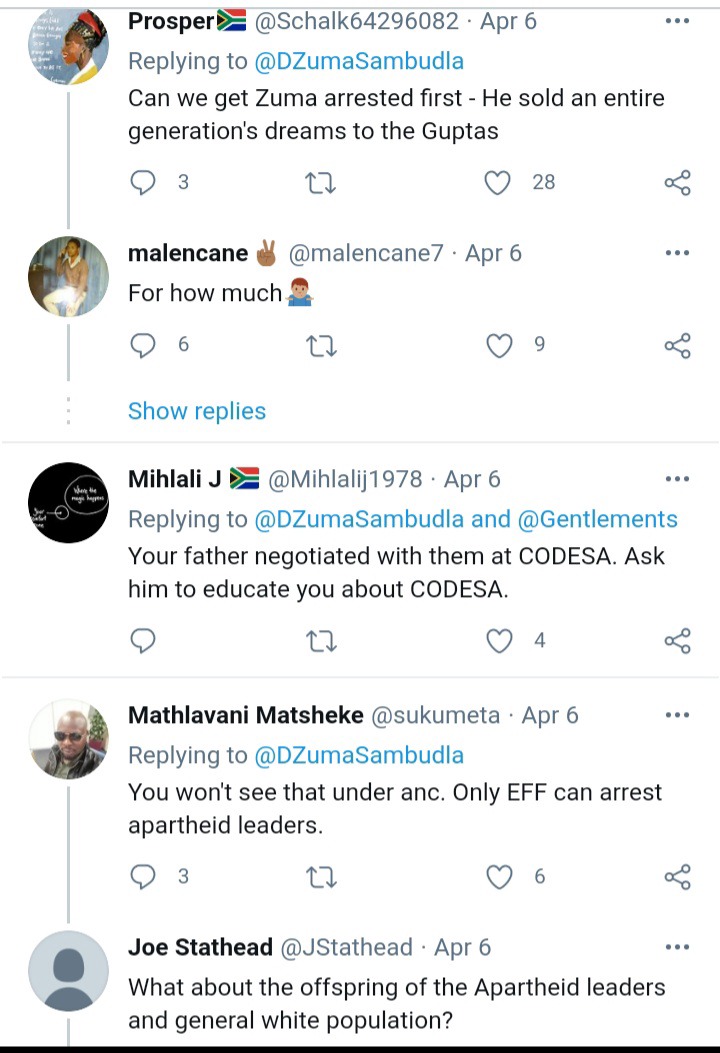 So, after Dudu had tweeted that the national party apartheid leaders are yet to be arrested and De Klerk should be arrested, people reacted.

One would have expected that a lot of people would agree with Dudu on what she said, instead they reminded her of what her father did years ago. Some people mentioned that Zuma did not do anything during his term as president. 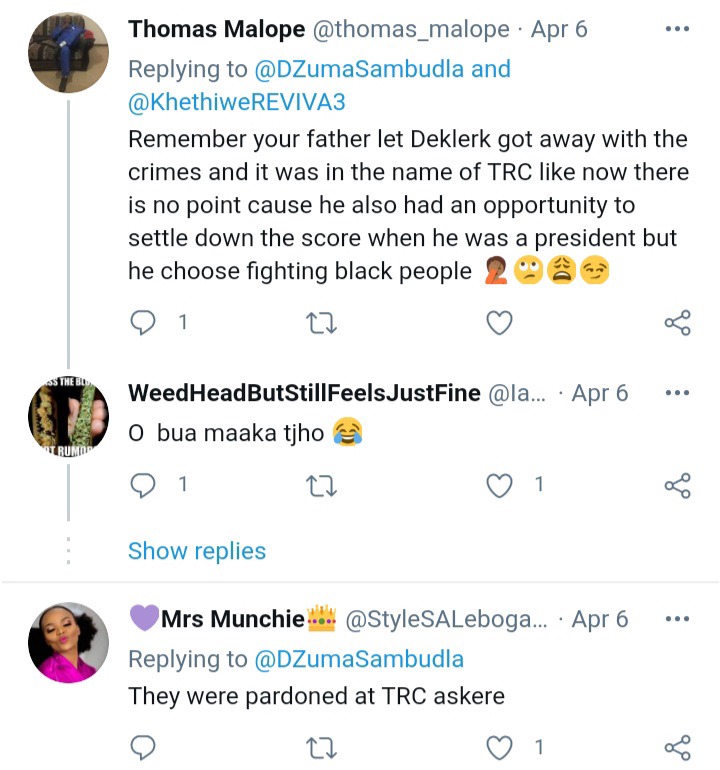 It was as if there was some blaming that was happening, it seems like there are those who believe that Zuma did not do much to stop certain things from happening.

There were also people who fully shared the same sentiments as Zuma's daughter, however, one person pointed out that the first thing that should be done is to arrest Zuma. 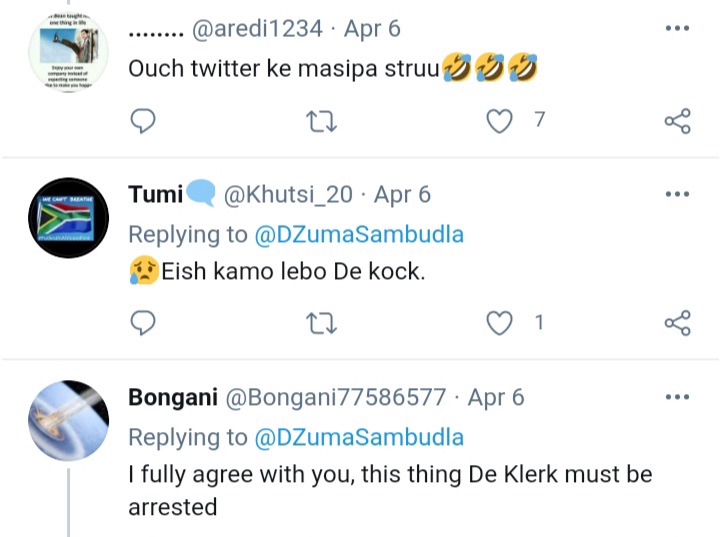 There might have been some signs that people what to continue with this particular story here. What do you think about this? Please share your thoughts.