Few Hours After Zuma Was Granted Leave From Prison, See What His Supporters Are Doing Again 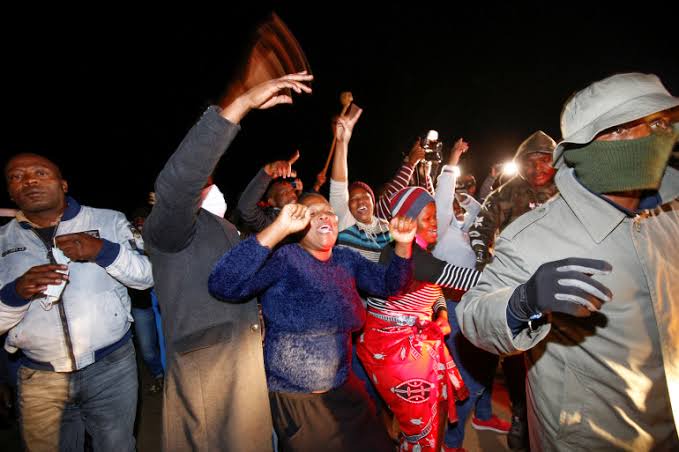 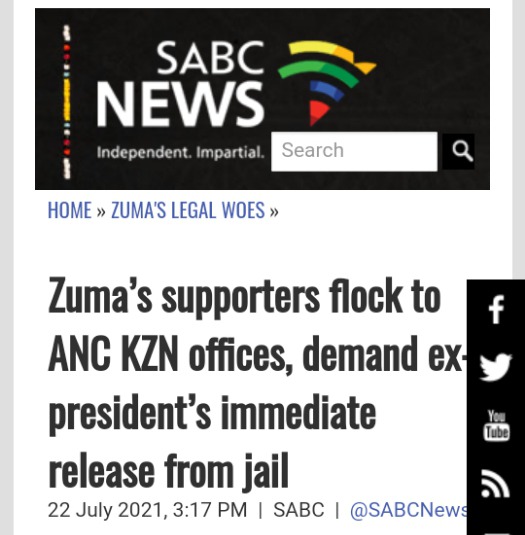 According to SABC News Reporter, Former president Jacob Zuma's supporters has gathered on the ANC provincial offices in Durban, KwaZulu-Natal. His supporters wants the ANC in the province to pledge their supports for Zuma's release. They believed that the contempt of court which leads to Zuma's 15-month jail sentence is not fair.

According to a SABC report, the Correctional Services Department gave the former president compassionate leave on Thursday so that he may attend his brother Michael's burial, which is currently taking place. His supporters, on the other hand, feel he should not be returned to custody. Following the distribution of '#FreeJacobZuma' posters on social media, their march is thought to have been organized online.

The demonstraters also depict a convoy claiming to be on its way to the ANC's provincial offices in Durban to demand Zuma's release from prison. The KwaZulu-Natal government has separated itself from the gathering, with ANC provincial spokesperson Nhlakanipho Ntombela claiming that they have no idea who organized it.

Content created and supplied by: Splash-SA (via Opera News )

Why do couples get divorced? Check out Reasons for divorce

Cheating in Love: Should you tell your partner or not? - Check here