The much awaited national conference, which is scheduled to take place in December, is directly related to the greatly increased political debate that has taken place within the ANC in recent weeks. And in contrast to the situation in the past, in which the sitting president did not have to put in a lot of effort to win re-election, President Cyril Ramaphosa might have to pass a far more difficult exam in order to keep his post. 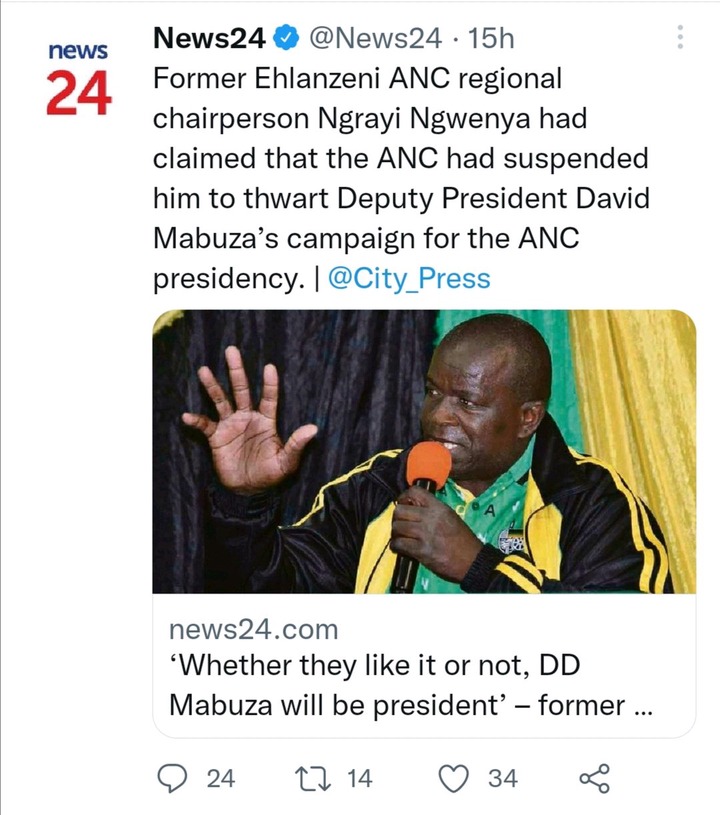 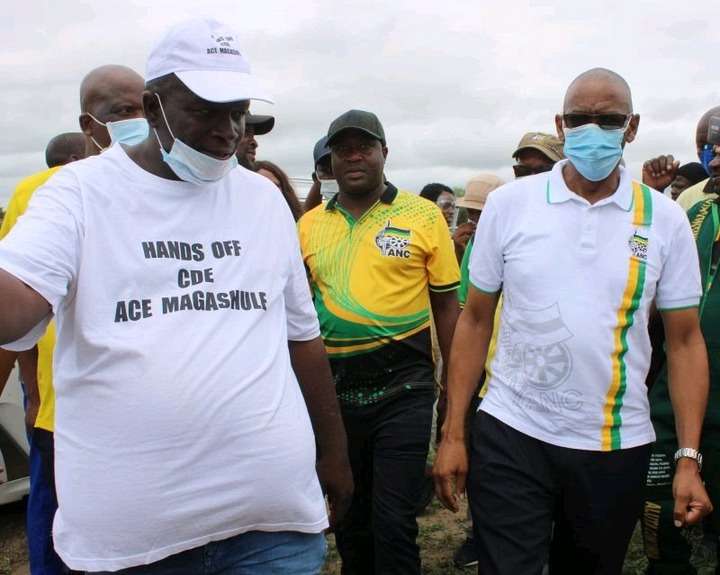 There has been a slew of people who have been rumored to be interested in taking Ramaphosa's place as president, and the competition is fierce.

It is anticipated that Dr. Zwelini Mkhize, Lindiwe Sisulu, and Ace Magashule, who was previously suspended as secretary-general, will place their names in the hat. It should come as no surprise that the aforementioned figures are diametrically opposed to the president, at least in terms of their ideological orientation; hence, they are unable to tolerate another five years under his reign.

On the other hand, there is an additional name that has been proposed for consideration. This is the position held by Deputy President David Mabuza, who has, for some strange reason, shown no interest in the discussion that has been going on regarding the summit.

After his faction was decisively paralyzed at the recently held Mpumalanga provincial election, rumors have been circulating that the CR22 brigade is planning to get rid of Mabuza. This comes after the election was recently held. The appointment of Mandla Ndlovu as the new chairperson of the organization has given some people the impression that his support in the province has drastically decreased after that event.

However, Mabuza's close ally, Ngrayi Ngwenya, who is currently suspended from his position as the former chair of the Ehlanzeni regional chair, has dropped a huge bombshell by stating that Mabuza will ascend to the highest office at Luthuli house come December. Ngwenya said this regardless of whether it rains or shines.

"DD Mabuza will be the country's president regardless of whether or not the people want him to be. You must be aware that I am being expelled from the ANC because my presence is deemed detrimental to Mabuza's bid for the presidency "Mabuza will be put forward for nomination as president by Nkomazi chapters. As Ngwenya was speaking at a community gathering in Block B Inkomazi, she made this statement.

Because of Ngwenya's role in a fight that broke out at the Nkomazi branch meeting and resulted in some members being beaten severely, the African National Congress decided to temporarily revoke his membership in the organization. In addition, he is of the opinion that he was suspended so as to prevent him from lending his support to Mabuza's presidential campaign during the 55th national electoral conference.

"You must be aware that I am being expelled from the ANC because they want to make it more difficult for Mabuza to run for president. Nkomazi branches will nominate Mabuza as president, "he stated.

It is possible to argue that Ngwenya's proclamation seems implausible in light of the fact that Mabuza has lost a significant amount of support both within the CR22 faction and the RET brigade, which he ironically betrayed at the 2017 Nasrec conference. One could make this argument by pointing out that Mabuza has lost support from both of these groups.

Because Mabuza, who is fondly known as "The Cat," has demonstrated over the years that he is politically astute, his rivals would be committing political suicide if they ruled him out just yet as a potential candidate.

What are your reactions and opinions on what Ngwenya has stated?

Please leave your feedback in the section provided below, and don't forget to share this article with your loved ones and close companions.