By Maidos (self media writer) | 2 months ago

The issue of the foreigners in this country will never come to pass as long as this matter is just thrown under the carpets. It will always find way to come back to us just like the issue of the apartheid. We pretended that we are healed from the treatment that our parents were faced with during the arphatheid era. It was after the death of FW de Klerk, former arphatheid president that we actually saw that we are far from being healed. 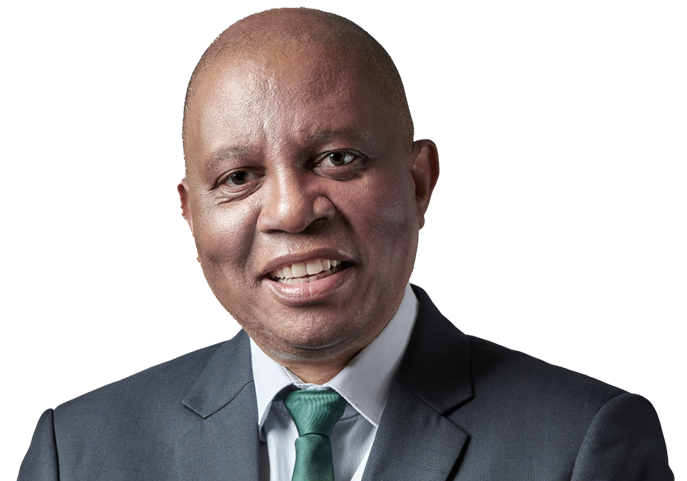 The leader of ActionSA was invited to an interview on Ukhozi FM. This is a radio station that cater for most people who are at the rural and they normally speak the African languages. Mashaba was being interviewed about being a mayor of Johannesburg and he was asked to atleast try and express himself in any of the African languages so that even those people who don't understand English to that extend, can be able to understand what he was saying. Mashaba's response has really left people with more questions that answers.

"Sorry, I'm only comfortable with English" this was Mashaba's response. From all the indigenous languages no can can safely say that Mashaba can speak, but yet he is a South African.

Here are some of the recognised indigenous languages in South Africa. Sepedi, IsiZulu, IsiXhosa, Xitsonga, Tshivenda, IsiNdebele, Siswati, Setswana and Sesotho. Which of these languages you think is Mashaba's home language that he is not comfortable with? 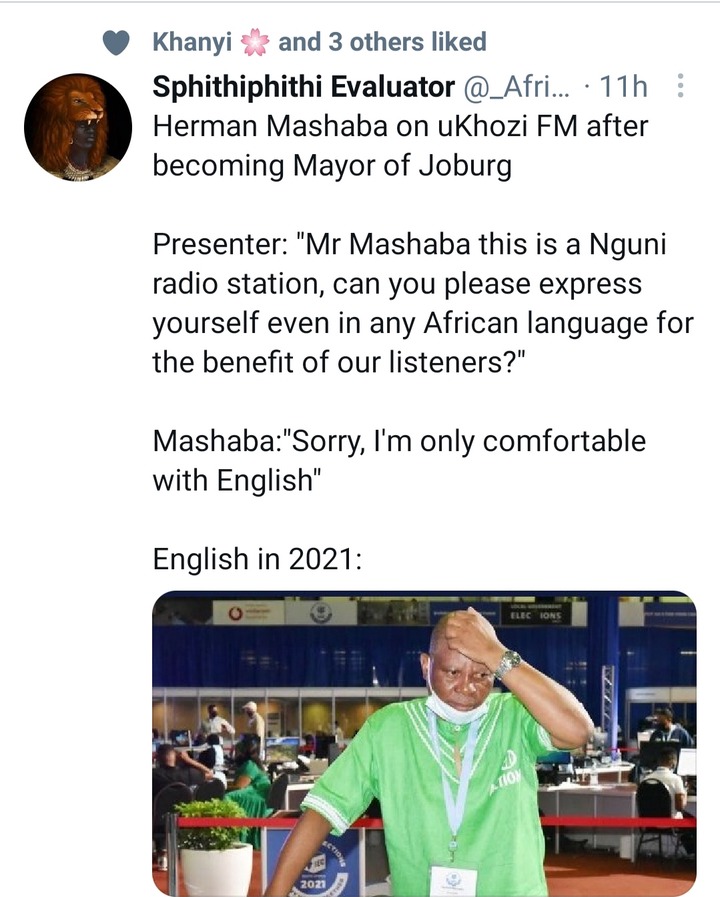 There has been a lot of controversy around Herman Mashaba and his origin. Many have been saying that he is from Mozambique which is a claim that he has disputed on numerous account. This came more often than not when Mashaba was busy campaigning for the local government elections as he was saying that all illegal immigrants should leave this country, and if he become the mayor of Johannesburg, he will ensure that it happens. 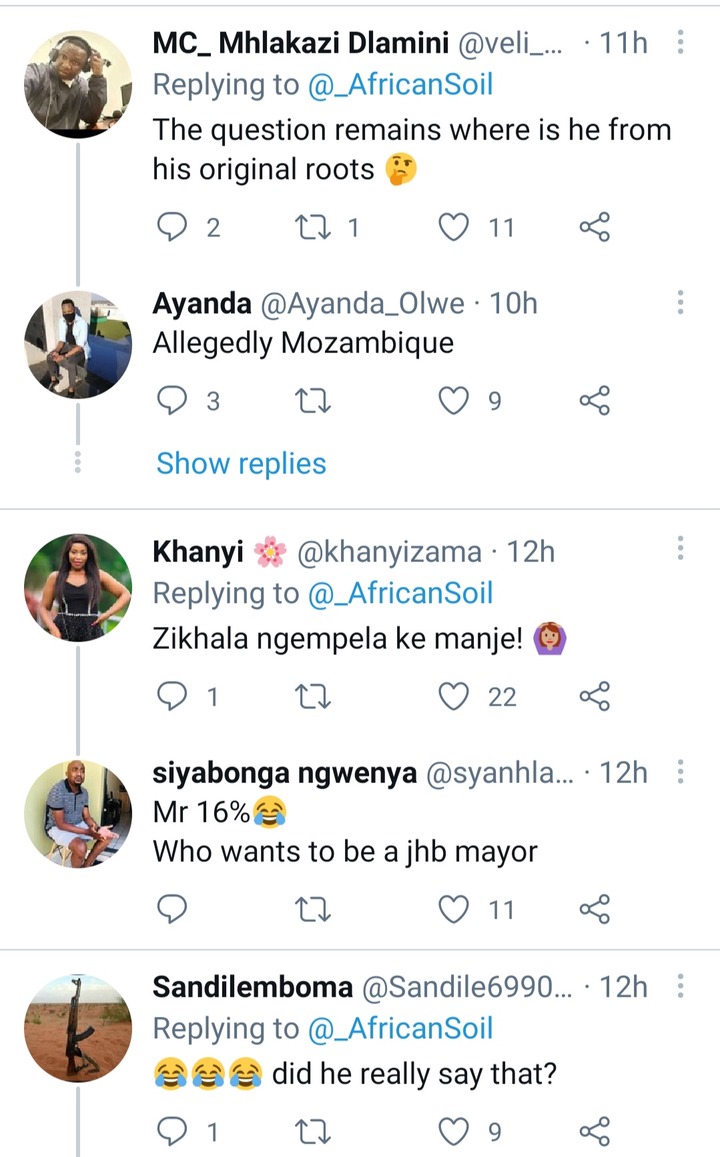 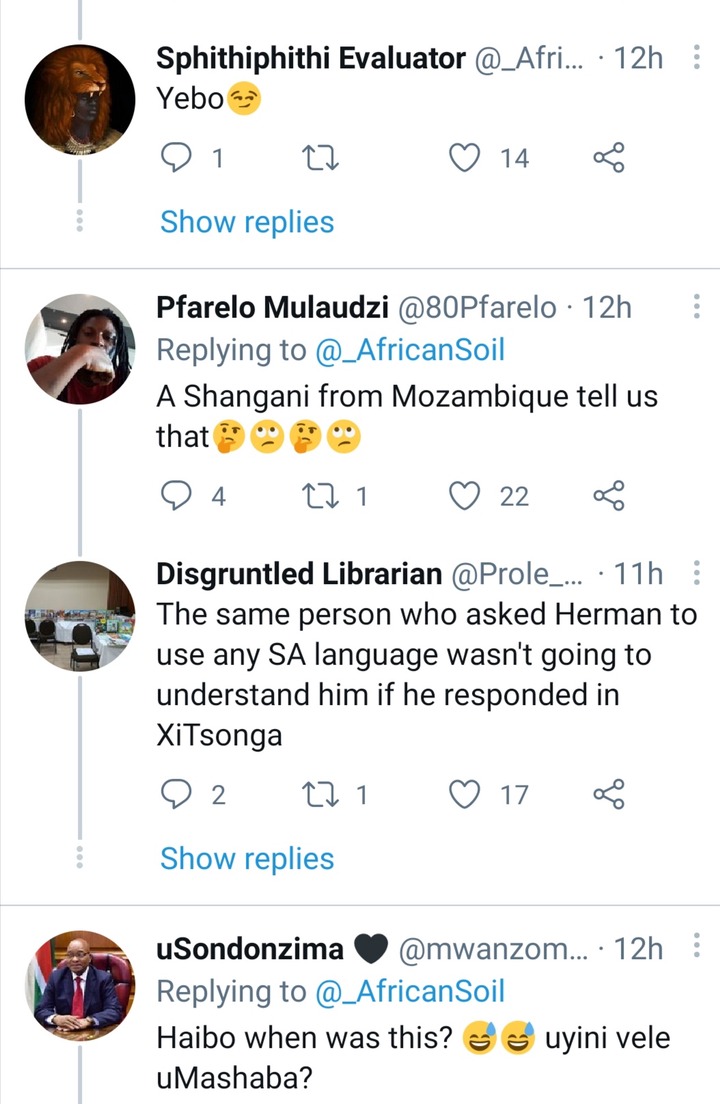