After the ANC's announcement that Mrs. Nomusa Dube-Ncube will challenge for the position of Prime Minister of KwaZulu-Natal, the DA has indicated that it will try to stop Ncube. 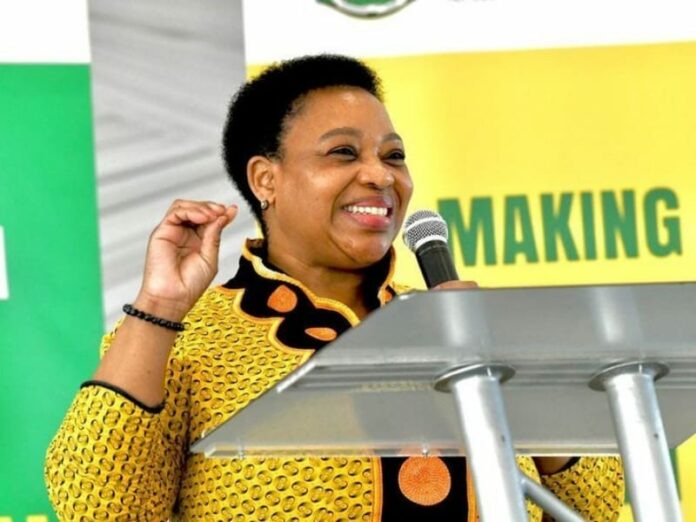 Meanwhile, Scrolla.Africa understands that the IFP will support the current Finance Minister in her quest to become the first female Prime Minister in the province.

"As the IFP we have decided that we will not give the position to the ANC but we will vote with it so that Ms. Nomusa Dube-Ncube can take the position of Prime Minister of KwaZulu-Natal," said an IFP source.

The DA was not yet announcing candidates to compete with Dube-Ncube for the premiership, but on Monday it started making a list of names to put forward.

A source within the party told Scrolla.Africa that they are disappointed that the IFP is wasting the opportunity for the opposition parties to oust the ANC from power in KwaZulu-Natal.

"We are busy talking about who will be our Prime Minister but we are very disappointed with the IFP," said a source who is a DA leader who did not want to be named.

"We really don't know why they decided to side with the ANC because it was our chance as the opposition parties to win the province."

Dube-Ncube was expected to become Prime Minister in 2019 but it was reported that his name was removed from the list to make way for outgoing Sihle Zikalala.

The recently appointed Secretary of the ANC in this province, Mr Bheki Mtolo, said that Dube-Ncube is the most experienced leader of all those running for this position. She accepted the opportunity to be the leading woman in KwaZulu-Natal.

"As an organization that fights for freedom, we have dismissed the issue of women being relegated to the second level," said Mtolo.

Dube-Ncube could become the first female Prime Minister in 27 years if she wins the KwaZulu-Natal seat later this year.

"In this leadership, you will understand that women comrades are not just numbers as you have seen at the ninth conference of the Province for Election of Leadership where delegates made history for the first time by appointing our vice chairman, Cede Guru Simelane," said Mtolo