Tito Titus Mboweni (born 16 March 1959) is a South African politician who served as Minister of Finance of South Africa in the government of President Cyril Ramaphosa from 2018 to 2021.

when it comes to people on social media you should know they are not scared to speak their minds, if they see anything wrong they will address it. And they don't care how powerful or rich you are, if they want to say some they will say it. Tito is one of the powerful people but trusts me whenever he posts something it doesn't matter how right it looks people on social media will find something wrong, but one thing about him he doesn't care, as he's always dragged for his cooking but that has never stopped him from cooking or even sharing things on social media.

And since Tito Mboweni loves to cook So he took to his social media account to share that the Tiger brands CEO has sent him a lot of Pilchards accompanied by a nice letter. Probably thanking him for using their products no one knows as he didn't say why he got the parcel. 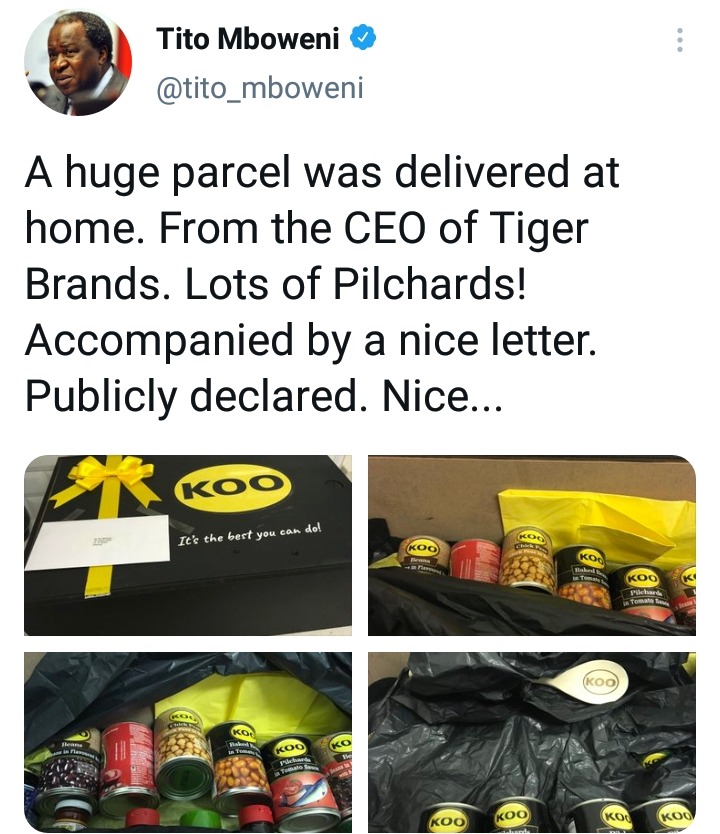 But that didn't sit well with a lot of people on social media as they feel that he doesn't deserve those things. People are saying there are a lot of poor people out there who would appreciate those things more than Tito Mboweni, there are people who go to bed without a meal, and here they are giving this things they should be donating to poor people and give it to rich people who won't even notice they are there. 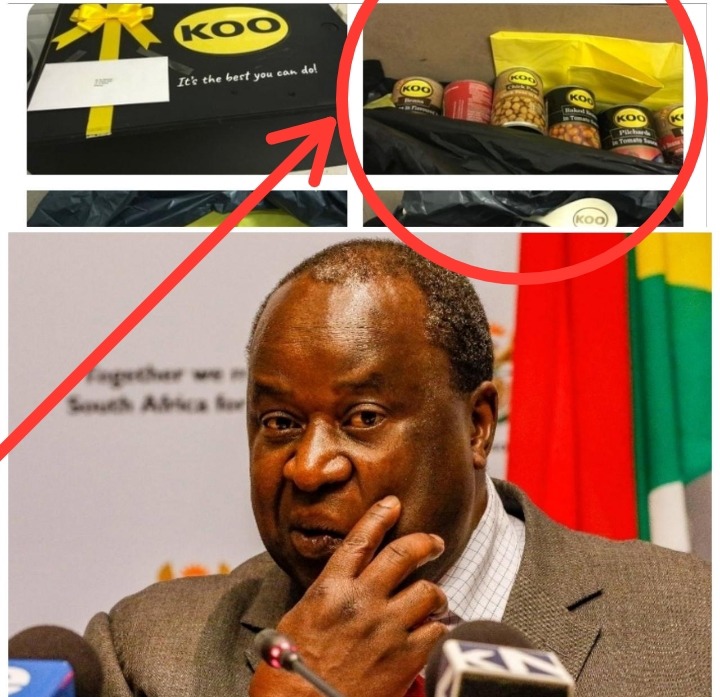 Even though someone tried to explain that this is called marketing and Tiger Brands does do charity they donate to charity, but still, people were not happy as they feel that he shouldn't have got those things, or he should take them and give them to those people who leave on the streets or take them to charity and not keep them for himself. 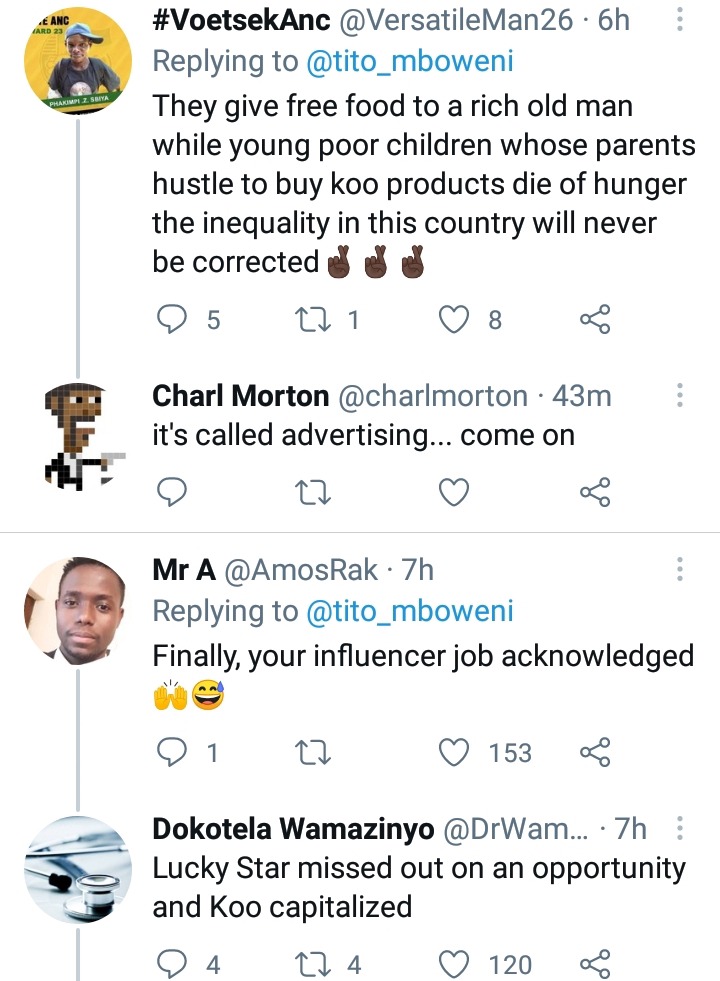 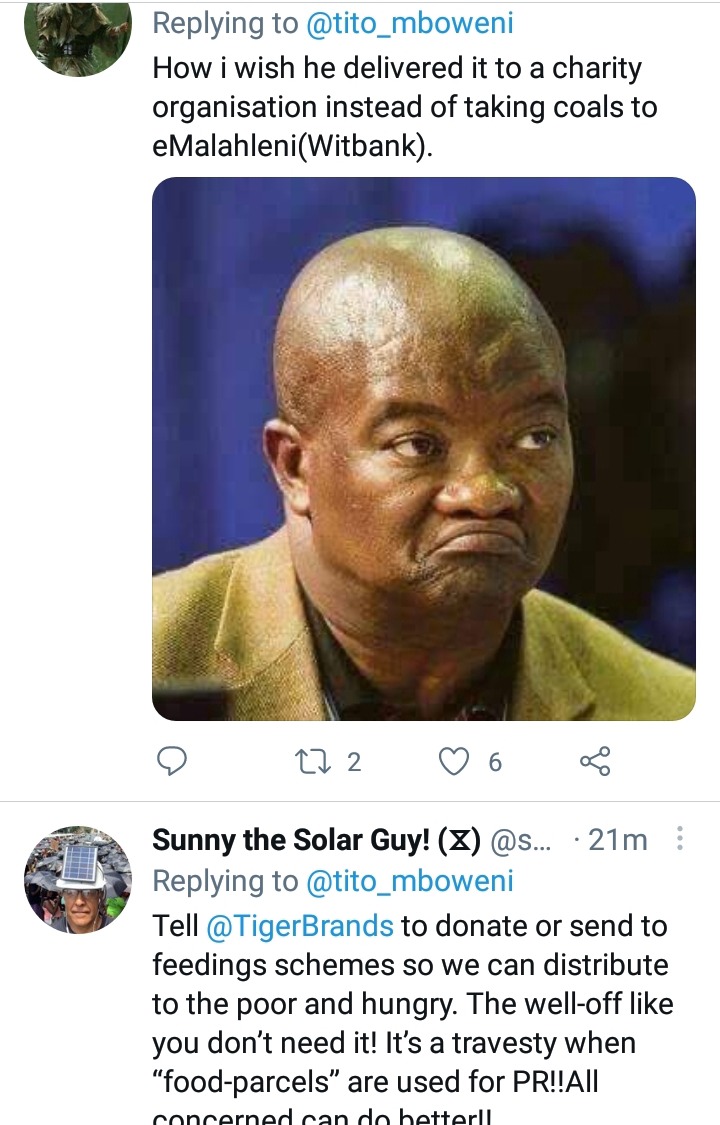 Run Away If You Come Across This Insect

Actress Reveals She Aborted JubJub's Baby, Because It Was A [email protected] Child