According to an ANC campaign worker, the political group was in Newcastle, KZN, when the men started asking them to leave, but they kept refusing. 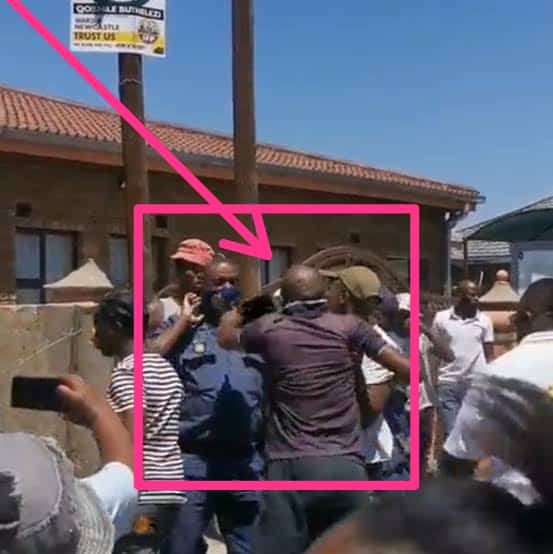 With just over a week until the local government elections, politicians are busy working on the campaign trail and talking to the media to expand their influence. The SABC's interview with an African National Congress (ANC) leader in KwaZulu-Natal was cut short after a group of reportedly drunk men attacked the area.

According to Amos Phago, the ANC's Media Relations Coordinator, who posted on Twitter a video of the alleged offence on his Twitter page. There is no phrase on whether the incident, which seemed to have occurred in Indoni, Newcastle, was broadcast live on television.

Little is known about the altercation. However, according to Pago, the men began by requesting the ANC members to leave, but they completely disregarded them and continued canvassing. The men then went after the media, prompting SAPS officers to intervene.

It's not all full of laughter ahead of the local elections; there have been stoking fears about an increase in politically-driven murders. KZN is regarded as one of the hotspots in this regard, prompting a visit earlier this week by Police Minister Bheki Cele.

This comes after the assassination of two councillor ward contenders within days of each other.

A special task force is currently investigating the recent influx of political assassinations, and the police minister claims that some advancement has already been built.

"We are extremely proud of the police, particularly the task force that has been established." "It has brought some sense and calm to this very heated political situation in KZN," Cele said.